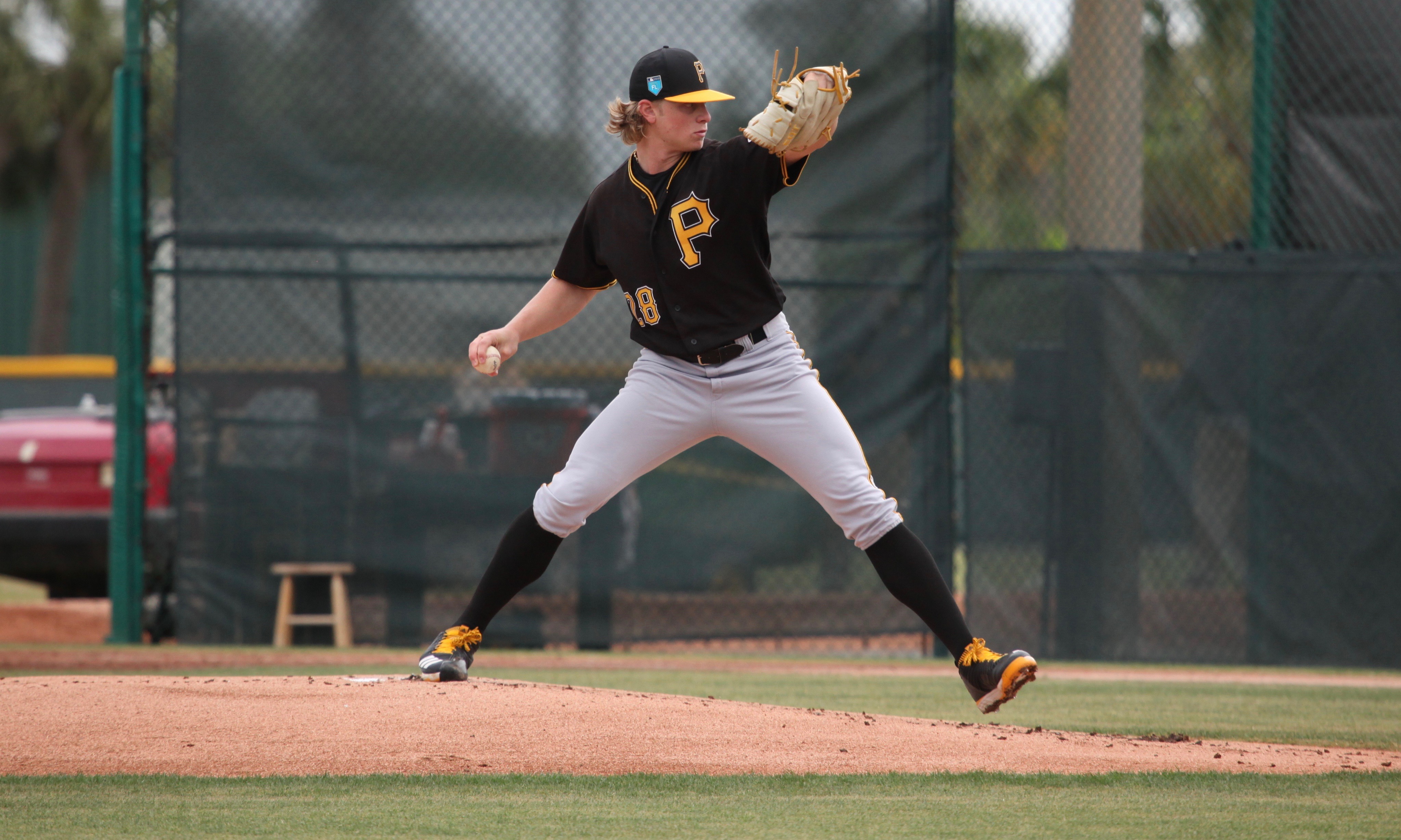 I took a day off yesterday, but checked into the comments to see what you guys had to say. Kevin O suggested a dive into what some of the other small markets have done successfully or not over the last five years. I don’t think I could do that justice, but I was thinking of a smaller scale look at one key difference this offseason: Shane Baz and his development.

When Baz was here, he wasn’t initially living up to his draft expectations. When Baz was traded, I wasn’t writing off his future, but noted that he had struggled, especially with control, which held him back from his expected trip to Low-A last year.

Fast forward one year and all I see these days are articles about Baz, talking about him like one of the top pitching prospects in the game. That is within the expectations when he was drafted, and it’s glaring that the Rays instantly got him to that point, while the Pirates struggled with his development, and held him back as a result.

Baz has said publicly that the Rays had technology the Pirates didn’t have in the lower levels. The Pirates do have that technology, as I’ve mentioned before, but they don’t utilize it in the same way, treating it more as optional and there if the players are interested. With teams like the Rays and Astros, the analytics and new technology seems just as mandatory as working with a pitching coach, which is the way it should be.

I talked to scouts for years who praised the work the Pirates have done developing pitchers in the lower levels. That’s a big reason why I’ve always focused on the upper level development as the biggest issue for the Pirates, as they’ve been able to develop guys who have been recognized around the game as legit prospects who could make an impact. Something seemed to be missing in that jump to the majors.

Hopefully Baz was just an oversight and the Pirates still have their touch in the lower levels. But it is very alarming just how much better and how quickly he got better once he joined the Rays. And that’s even more alarming when there are already obvious weaknesses that need to be fixed.

On this date in 1971 the Pittsburgh Pirates defeated the Baltimore Orioles at Memorial Stadium in game seven of the World Series by a 2-1 score to capture their fourth World Series title. Steve Blass threw a complete game, giving up just one run on an eighth inning ground out from Don Buford. It was the second win by Blass, who also pitched a complete game with one run allowed in game three. The Pirates had lost game six the previous day in extra innings by a 3-2 score.

Eight years later, the Pirates won game seven of the World Series over the Orioles, this time by a 4-1 score. Willie Stargell hit a two-run homer in the sixth inning, which proved to be the game-winner. Four Pirates pitchers combined to allow just four hits.

Eight former Pittsburgh Pirates have been born on this date:

Mike Sandlock, catcher for the 1953 Pirates. We did a two-part interview with him back in 2012, when he was the oldest living former Pirates player and second oldest living player. He passed away in 2016. Here’s the interview. Part one and Part two.

Chris Tremie, catcher for the 1999 Pirates. He went 1-for-14 in nine games during his short time with the Pirates. His four-season big league career consisted of 22 games over a ten-year time span.

Hardy Peterson, catcher for the 1955 and 1957-59 Pirates. He hit .273 over 66 career games, all spent with the Pirates. He is more famously known as the general manager of the 1979 Pirates team. He held a front office position with the club from 1968 until 1985, and prior to that, he was a minor league manager for the Pirates for nine seasons.

Bert Maxwell, pitcher for the 1906 Pirates. He played four years in the majors, none consecutively, over a nine-year stretch. His only appearance with the Pirates was a start on September 12, 1906 in which he allowed six runs over eight innings.

George Nicol, pitcher for the 1894 Pirates. He played more games in the outfield during his brief big league career, but the Pirates used him strictly as a pitcher. He went 3-4, 6.22 in five starts and four relief appearances.