Mason Martin is the Pirates Prospects 2019 Player of the Year 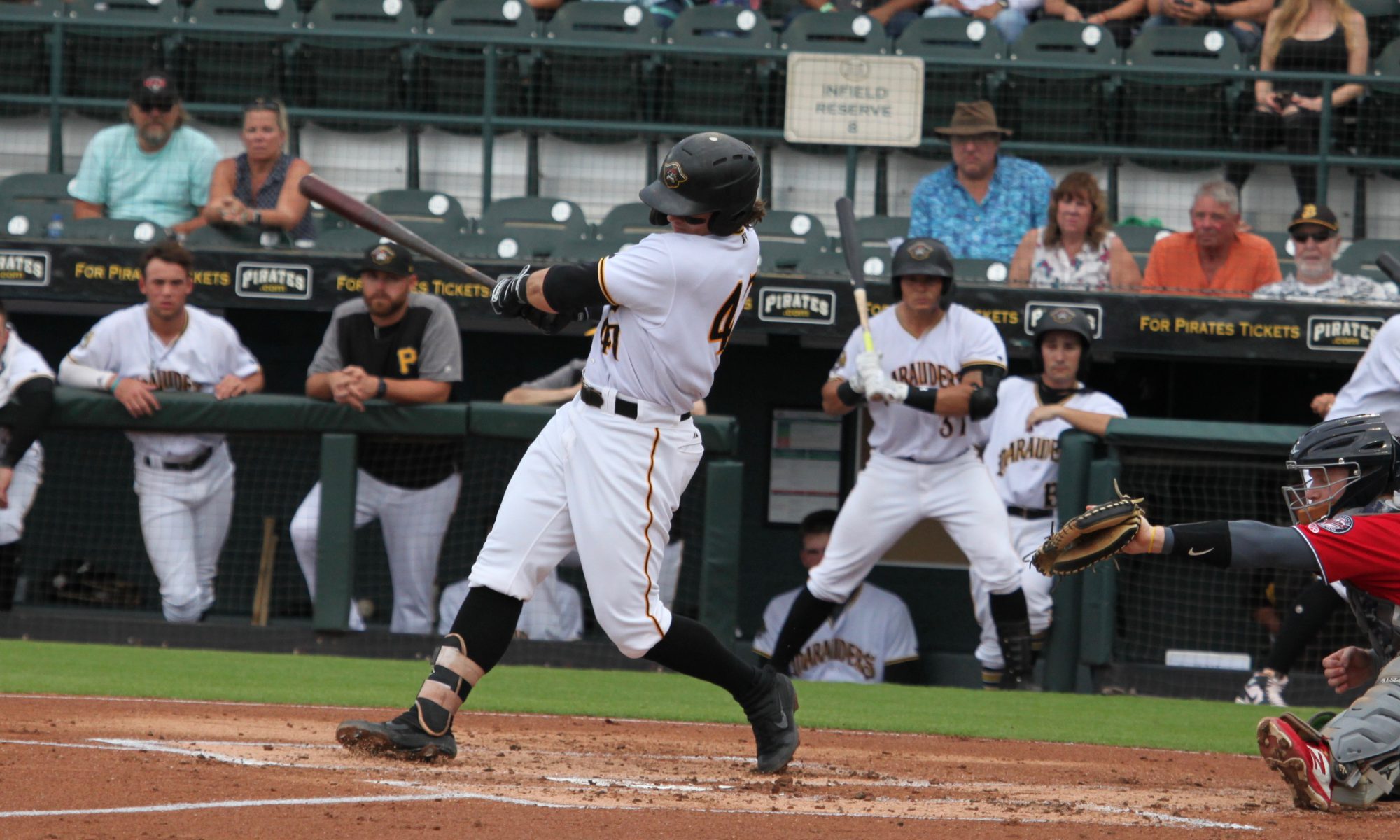 Mason Martin had a rough 2018 season in West Virginia, which ended with his being demoted to Bristol in June. His 2019 season started right back in Low-A ball, this time playing in Greensboro. His 2018 placement was considered an aggressive push. He was drafted out of high school in 2017, was on the young side for his draft class, and he spent the entire year in the Gulf Coast League. That’s three levels below Low-A ball, where he was still young for the level in 2019.

Martin hit .200/.302/.333 in 45 games at West Virginia last year. Granted, Greensboro is considered a better park for hitters, but it’s not a huge difference between the two places. What he did at the level was extremely impressive in 2019, ballpark and repeating the level aside. Martin hit .262/.361/.575 in 82 games, with 23 homers and 83 RBIs. Despite leaving the league with 55 games left, he finished as the league leader in homers and ranked third in RBIs. Among other medium sample size players in the league, he had the third best slugging percentage and fourth best OPS.

It didn’t stop there for Martin. While he couldn’t keep up the great pace set in Greensboro, he still hit well in Bradenton. Considering the level up in competition, mixed with going to a pitcher-friendly league, you could say that his High-A performance was just as impressive. In 49 games, he hit .239/.361/.575, with 12 more homers and 46 more RBIs. His combined line of .254/.351/.558 earned him recognition as our 2019 Player of the Year.

There really wasn’t a close second to Martin for this award due to his offensive output. The batting average obviously isn’t what you want to see, and the strikeouts (168) were nearly record-setting for Pirates minor leaguers, but no one approached the power. The second best slugging percentage for a full-season regular in the system came from Robbie Glendinning, who had an impressive season. He posted a .488 slugging, a full 70 points lower than Martin, and he missed the last month of the season with an ankle injury. So not only was he well off Martin’s pace, he didn’t come close to the playing time either. Glendinning is a better defensive player at a key spot, plus he got on base more often, but it wasn’t nearly enough to overcome the positives for Martin.

As far as homers go (which is pretty far in Martin’s case), Will Craig was the closest competitor with 23, leaving him 12 shy of Martin. The two actually managed to both finish with 556 plate appearances in 131 games. When you examine the two of them more in depth, you see Martin had nine more doubles, four more triples and 24 more walks, while batting five points higher. So even the closest over-the-fence power competition didn’t have the all-around power or OBP of Martin.

Martin is in good company with the previous winners, at least in the sense that all of them have made the majors. The list includes All-Stars in Starling Marte and Josh Bell, who won three straight seasons. It has Gregory Polanco, who has looked like an All-Star at times over the years. You have Jordan Luplow, who had a strong half season in the majors this year. Then there’s also Andrew Lambo and Kevin Kramer, with the latter having two poor September trials so far in Pittsburgh. Lambo didn’t do well during his big league time, but he also battled cancer in 2016 and had multiple wrist injuries that cost him significant time, so we didn’t get to see his full potential.

It’s a large range of examples, going from AAAA players to All-Stars, but it’s all big leaguers. Martin still has some time before he can really think about making the majors. The first question for him will be whether or not the Pirates push him to Altoona to start the season. He only spent 1/3 of a season in High-A and hit .239 with a 32.3% strikeout rate, plus he’s still 20 years old, so I wouldn’t guarantee an Opening Day spot in Double-A. If he doesn’t begin the season there, then it’s a legit possibility after the first sign of success in Bradenton.