First Pitch: What is with All of the Shortstops? 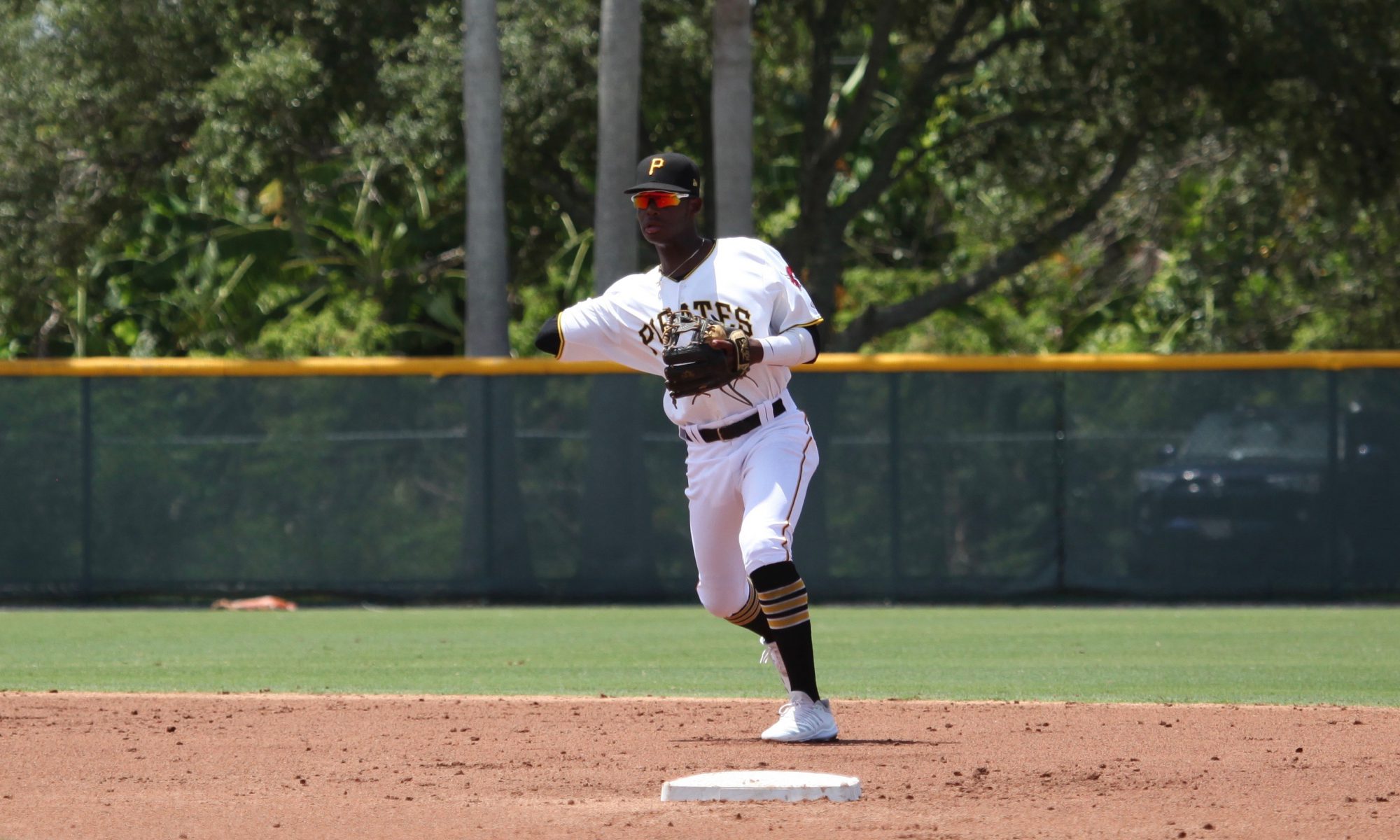 We announced the 39th international signing for the Pittsburgh Pirates here yesterday. It was the ninth shortstop signed since July 2nd. We get the question about why they sign so many shortstops every time they sign another one. I’ve given answers in the past, but we still get the question every time. This isn’t something that applies just to the Pirates either, it fits all teams. So I talked to an international scout yesterday and asked him about it, in order to get the answer directly from the people who are recommending/signing the players.

The answer lies in value, both to the trainers and to the teams once they sign the players. Shortstops are coveted players, so saying someone is a shortstop and them being able to play shortstop aren’t necessarily the same thing.

Trainers put their best players at shortstop even though they might not stick there in the future. They are usually their current best players overall as well, so it’s not about defense as much as it is about showcasing their best talent. If a trainer doesn’t have room for a young, athletic player to play shortstop because others are ahead of him, then that player will be thrown into center field. It’s not that they believe that he is a future outfielder, rather it’s a valuable defensive position, and one that gives them a chance to show off athleticism.

The scouts sign these players knowing that they likely won’t stick at shortstop. They’re not being fooled by the trainers. So that leads to the next question. Why would they call them a shortstop when they sign?

That is basically the same answer as the first. Trainers do it to show off their best players at premium spots. Teams play them there early in their careers because it adds trade value to those players. It also has to do with them still being extremely young and filling out, to the point that they can develop into solid defenders, but it’s more about perceived value to others outside the system. Basically, if you write off a 16-year-old as a middle of the field player at that age, then you’re putting all of the value in his bat, which lowers his trade value.

It’s really not much different than high school players. The best ones play key positions for their teams. Teams draft high school shortstops and center fielders all of the time who have no real shot at sticking at the position. They are just the best players for those positions.

If an international trainer always had the best defensive shortstop playing shortstop for him, you’d get a bunch of glove-only players who never end up signing. They want to get the best bonuses they can get for their players because they got a large cut for training those players. They do that by putting their best current overall players at the best positions.

So when a team signs a large group of shortstops, they do it knowing that only a handful will only stick at the spot, but just like with the trainer, they call them shortstops to maintain player values.

Five former Pittsburgh Pirates born on this date, plus a trade of note. We start with one of the best pitchers in the last 40 years for the Pirates.

Matt Skrmetta, relief pitcher for the 2000 Pirates. Went 2-2, 9.64 in 9.1 innings over eight appearances. His only other big league experience was six relief appearances for the 2000 Montreal Expos. He played a total of 15 years in pro ball, including two seasons in Japan.

Don Wengert, pitcher for the 2001 Pirates. Went 0-2, 12.38 in four starts during his brief time in Pittsburgh, which ended up being his final big league season. In seven years, he played for six different big league teams.

Bob Addis, pinch-hitter for the 1953 Pirates. Was part of the famous Ralph Kiner trade, then played just four big league games after the deal, going 0-for-3 with two strikeouts. He played four years in the majors and batted .295 over 93 games with the 1952 Cubs.

On this date in 1930, the Pirates traded shortstop Dick Bartell to the Philadelphia Phillies in exchange for shortstop Tommy Thevenow and pitcher Claude Willoughby. The move proved the be very one-sided in favor of the Phillies. Bartell played 14 more seasons in the majors, while Willoughby was gone before June and Thevenow was nowhere near the quality player that Bartell was at shortstop. The lucky part for the Pirates was that the shortstop position was soon to be filled in Pittsburgh by the man who still ranks as the best since Honus Wagner at the position, Arky Vaughan.