First Pitch: Which Pirates Prospects Could Enter the Top 20 Next Year? 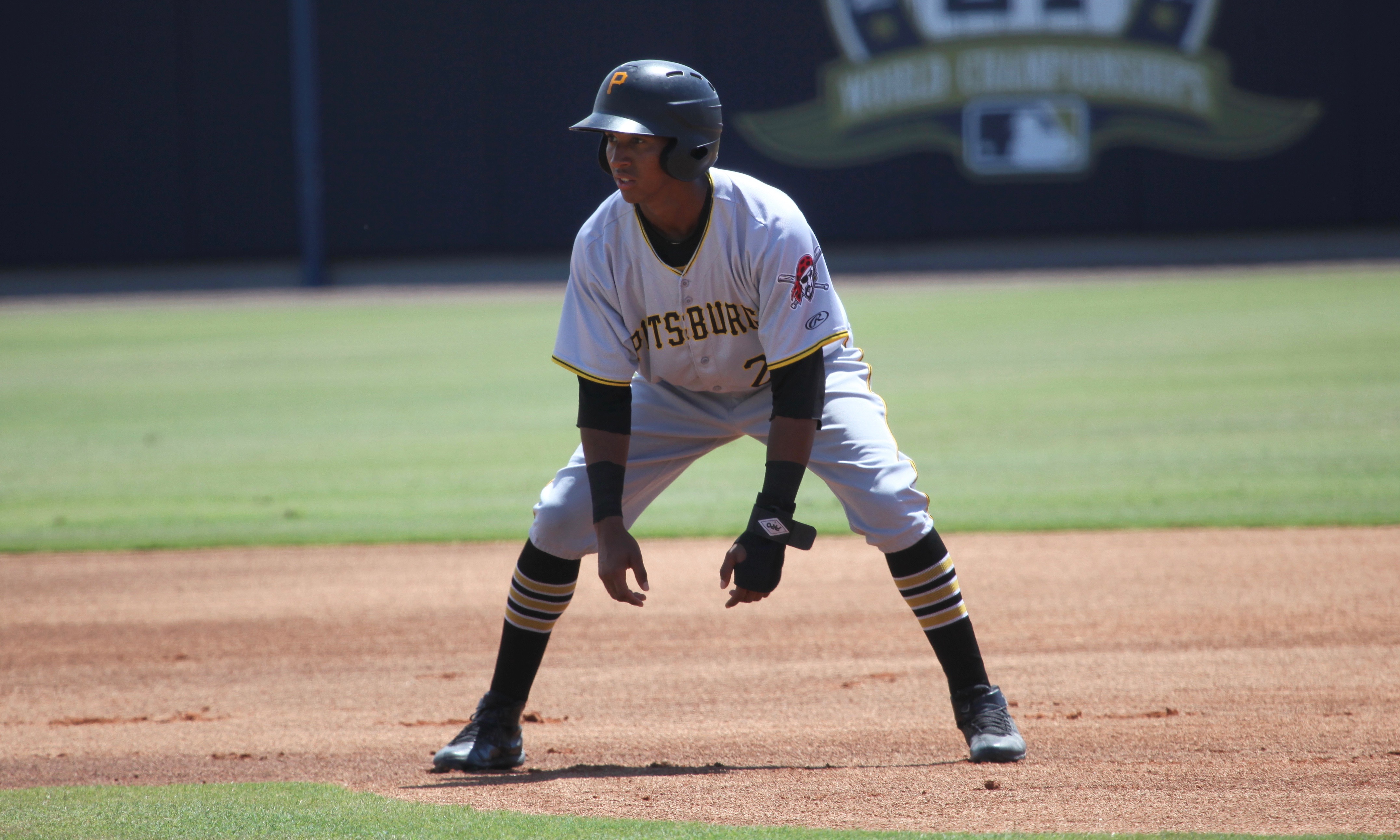 This is part three of a three-part series looking ahead at future breakout prospects in the Pirates’ organization. John Dreker covered potential breakout pitchers, while Wilbur Miller looked at the potential breakout hitters. In the final part, I will be looking at guys who could enter the top 20 by this time next year.

We’ve been ranking prospects on this site for over a decade now. In that entire time, the Pirates have been under one front office, with very little changes to who is running the development.

There have been changes to the development strategies over the years, although there have obviously been some flaws. The Pirates have been better at developing pitchers than position players, for example. That made it easier to project good things for pitchers compared to hitters, and in terms of doing a breakout prospect article, I typically would be more comfortable featuring a high upside pitcher with questions, rather than a high upside hitter with questions.

Typically I like to rank prospects based on their talent, and the biggest upside I could see possible for them. I try to leave the Pirates and their development results out of it, which is kind of a tricky decision.

Take Tyler Glasnow, for example. We had him rated as a future top of the rotation starter, and when he was a breakout candidate for us back in 2013 we expected bigger things than what the Pirates were able to get out of him. Glasnow has since gone on to the Rays and in a limited time he has looked closer to our projections than when he was in the majors in Pittsburgh.

Glasnow is an example of why you don’t want to rate a guy based on the organization he’s in. Maybe that organization can get the most out of his talents, and maybe they can’t. But the talent usually doesn’t disappear, and is still there for someone to eventually unlock the missing upside. It’s not a guarantee that every player will reach his upside, but it’s important to note when a player has more there.

Then there’s a situation like Matt Gorski. We were lower on him than most due to his profile — a lot of power potential that has not shown up combined with some bad swing and miss concerns. The Pirates have been horrible at developing these types of players.

Gorski’s best hope under the previous front office would be a complete 180 in their development results, or going to another organization. The Pirates liked Gorski, and they believed they could develop him, despite the results with similar players. So odds were that Gorski would have burnt out in the Pirates’ system, similar to what guys like Casey Hughston, Wes Freeman, and others have done over the years.

That would be a case where I’d factor in the current organization a bit more than normal. But what do you do when there is currently no organization in place, and you have nothing to go on for the future development plans? At that point the focus can easily shift to ranking players in a vacuum, although it’s worth nothing the disclaimer that we’re about to see a totally new Pirates development system, which means that every trend we had in the past and everything we knew before is now gone.

With that said, here are my picks for breakout candidates for next season, focusing on players who could break into the top 20 prospects in the organization.

Lolo Sanchez – I’ve been really high on Sanchez in the past, due to the assortment of tools he has. He’s speedy, plays good defense in center field, and has the potential to hit for average, get on base, and make good contact. The Pirates weren’t able to develop Sanchez into a top prospect, despite the tools. I think a new organization will still have a toolsy guy to work with, who is still young enough to not be written off.

Santiago Florez – John broke down Florez in yesterday’s article, so I’m not going to go into the profile much. I’ll just summarize that a big framed, hard thrower with a good changeup and focus on improving his control and breaking pitch has always been a perfect recipe for a breakout guy in the past. The Pirates did good work at improving control in the lower levels, but we don’t know if that will be the case going forward. We do know that Florez has some good tools, and is young enough in his development that it’s normal for him to still be working on control and a breaking pitch.

Jasiah Dixon and Deion Walker – The Pirates didn’t have a lot of experience drafting high upside prep hitters in the middle rounds, typically opting for pitchers instead. I’d be less inclined in the past to include toolsy guys like Dixon and Walker in the past until they showed something on the field. But a new organization has some good tools to work with, and maybe some better results on the hitting side. I’m grouping them together in the same way that Wilbur did yesterday, for similar reasons. I’d go Dixon over Walker if I’m picking between these two. I’d also include Sammy Siani in here, but he’s already a top 20 guy for us. I’d include him in my own personal breakout list for the top ten or national top 100 lists.

Jack Herman – This is similar to the situation with Gorski. The Pirates did see good results from Herman in the power department, and he wasn’t bad at getting on base. He did have some swing and miss tendencies, and the track record for his type of hitter wasn’t great for the Pirates in the past. Perhaps a new organization can continue developing the power, while not letting other parts of the game slip in the process.

Max Kranick – I feel like Kranick is going to be my next Chad Kuhl. Quietly posting good numbers with good stuff, and having a seemingly safer upside than other guys below Double-A. He doesn’t have the highest upside, and any path to a higher upside would require a very small percentage outcome in his development. But he’s a guy who looks like a future starter in the majors, and could use 2020 to put himself in position to arrive in 2021. The rest of this list is focused more on upside, but in Kranick’s case, I think he’s going to significantly raise his floor, while hopefully giving the upside a bump.

Three former Pittsburgh Pirates born on this date, plus two transactions from the 1942 season.

Gary Hargis, pinch-runner for the 1979 Pirates. He played the smallest part on the World Series winning Pirates team, coming into one game as a pinch-runner for Tim Foli in the 13th inning of the next-to-last game of the season. That was his entire big league career. He lasted eight year in the Pirates system after being drafted in the second round of the 1974 draft.

Frenchy Genins, utility player for the 1895 Pirates. He had a long career in pro ball, playing from 1887 until 1909, though he only played 149 games in the majors. The 1895 season was his best, as he batted .250, while getting into 73 games for the Pirates. He played every position that year except pitcher and catcher.

On this date in 1942, the Pirates selected pitchers Wally Hebert and Ed Albosta in the Rule 5 draft. Hebert was playing in the minors at the time, nine years removed from a three-season stint with the St Louis Browns. He had quite a comeback season to the majors, going 10-11, 2.98 in 184 innings for the Pirates. Despite the success, he retired after the season. Albosta ended up missing three years due to WWII before he ever played for the Pirates. He returned in 1946 and went 0-6, 6.13 in six starts and 11 relief appearances.