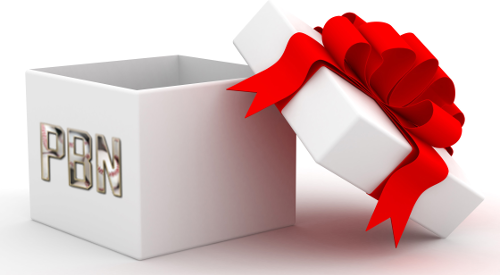 Merry Christmas and Happy Holidays from all of us here at Pirates Prospects!

Today I decided to go a different route with First Pitch, going heavy on the “Song of the Day” feature. Today we’ll be counting down my top ten Christmas songs. Feel free to use the comments for discussion of any topics today.

If you’re looking for last-minute gifts for the Pirates fan in your life, we’ve got gift cards available for Pirates Prospects and soon-to-be Pittsburgh Baseball Network. Those can be used on site subscriptions, books (the 2020 Prospect Guide is out) and any other products we have available.

Now, let’s get to the songs.

10. Stevie Wonder – What Christmas Means to Me

If we’re using tiered rankings, this could go as high as six.

My wife is an Eagles fan and loves this song this time of year.

8. The Dan Band – I Wanna Rock You Hard This Christmas

I love this band and their entire Christmas album, titled “Ho.”

A lot of good ones to choose from, but this is my favorite from the Jackson 5.

I considered using one of the 7,000 covers of this song.

5. Darlene Love – All Alone on Christmas

I’d put this as high as 2 in a tiered ranking system.

What a classic, and the best version of this song.

This one could challenge for the top spot for me.

Six former Pittsburgh Pirates born on this date, including a Hall of Fame pitcher.

James “Pud” Galvin, the winningest pitcher to ever suit up for the Pittsburgh Pirates franchise. He joined the team having already won 222 games by the age of 28, and by the time he retired following the 1893 season, he would be the major league leader in wins. That was a record he would hold until he was passed by Cy Young in 1903. Pittsburgh purchased Galvin from the Buffalo Bisons of the National League on July 13, 1885. He went just 3-7 that first year for the Alleghenys and the team went 13-26 from August 1st until the end of the season. The next year Galvin was back in form, winning 29 games and pitching 434 innings. He helped Pittsburgh to a 80-57 record, which in turn helped lead to their invitation to leave the American Association and join the National League the following season.

Galvin won 365 career games, a number made more impressive by the fact he played for some bad teams during his career. He retired at age 35, despite posting a 2.92 ERA his last season and he didn’t play in the majors from 1876-78, even though he had a 1.16 ERA in eight games during his rookie season of 1875. He still ranks second all-time in innings pitched and complete games, trailing in both to Cy Young. He was elected to the Hall of Fame in 1965

Gene Lamont, manager for the Pirates from 1997-2000. He had two memorable seasons during the long losing streak, winning 79 games his first season and 78 in 1999. Lamont finished 295-352 in Pittsburgh. He led them to a second place finish in 1997 and finished in third place two years later. Lamont managed four seasons with the Chicago White Sox prior to taking over in Pittsburgh, and he had two first place finished with Chicago. He was a catcher for parts of five seasons in the majors with the Detroit Tigers.

Rich Renteria, infielder for the 1986 Pirates. He was a first round draft pick by Pittsburgh in the 1980 amateur draft. Renteria went 3-for-12 at the plate for the Pirates in ten games, driving in one run. He played just one game in the field, getting a start at third base. Renteria also played two years in the majors with the Seattle Mariners and another two years for the Florida Marlins. He finished with a .237 average and 41 RBIs over 184 career games.

Scott Bullett, outfielder for the 1991 and 1993 Pirates. He played 11 games for the Pirates in 1991 and another 23 for the team in 1993, finishing with a .186 average in 59 at-bats. Bullett played two full seasons in the majors with the Chicago Cubs, batting .241 over 213 games. He was signed as an amateur free agent by the Pirates in 1988. Just before the 1994 season started, the Pirates traded Bullett to the Cubs in exchange for minor league pitcher Travis Willis.

Earl Kunz, pitcher for the 1923 Pirates. Kunz played all but one season of his pro career in the Pacific Coast League. That season was for the 1923 Pirates. He didn’t pitch particularly well his first three seasons in the minors, going 32-41 with an ERA over 4.00, but he did pitch over 300 innings in 1922, so the Pirates gave him a try for the following season. He started two games for the Pirates, one was an early season complete game loss and the other game he failed to retire a batter before he was pulled. They also used him 19 times out of the pen. His last MLB game was on July 30th, before returning to the PCL where he finished out his pro career in 1930 holding a 109-128 minor league record. He went 1-2, 5.52 in 45.2 innings for the Pirates.

Alex Jones, pitcher for the 1889 Alleghenys. He won his only game with Pittsburgh while striking out ten batters when he was just 19 years old. That September 25, 1889 game he pitched against the Washington Nationals was his pro debut. Jones was a local kid who they signed just for that game. The Nationals had trouble with the 5″9 lefty, but still scored five runs (three earned) in their loss that day. Jones next played pro ball for his hometown team in Bradford, Pa during the 1891 season. There is no record of him playing pro ball in 1890. He played in the majors in 1892, splitting his season between the Louisville Colonels and Washington Senators. Despite a 3.42 ERA that season, his record was just 5-14 in 22 games. He played off and on in pro ball until 1907, but his major league career after 1892 consisted of a complete game win for the Philadelphia Phillies in 1894 and two games for the 1903 Detroit Tigers.