First Pitch: No Quarter Will Be the First Site to Launch Under Pittsburgh Baseball Network 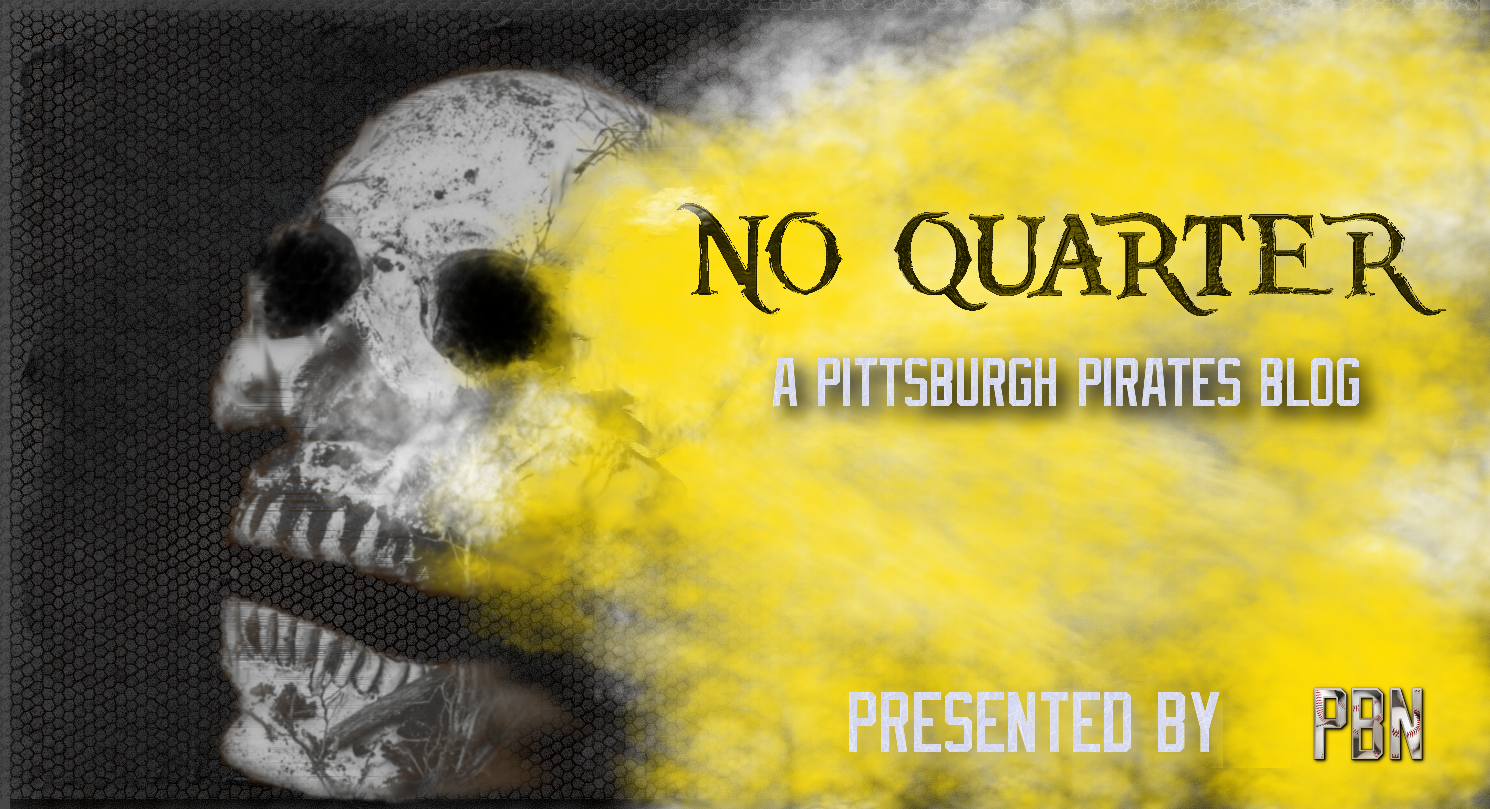 The MLB winter meetings begin today, and we’ll have full coverage of all of the events this week, along with analysis of each move. Our 2020 Prospect Guide is out now with our top 50 prospects. Everyone who purchases the eBook gets every future update for free. If there’s a move that impacts the rankings this week, we’ll update those rankings and you will be able to access the updated version.

Aside from the winter meetings, we’ve got a lot going on around here. I previously announced the 2020 launch of Pittsburgh Baseball Network, which will start off with five sites under it.

Pirates Prospects will be one of the five sites, but will no longer have MLB coverage. The MLB coverage will move to a new Pirates blog, which will be overseen by Wilbur Miller. That new blog will be coming soon, and today I’d like to announce that the new site will be called “No Quarter.” 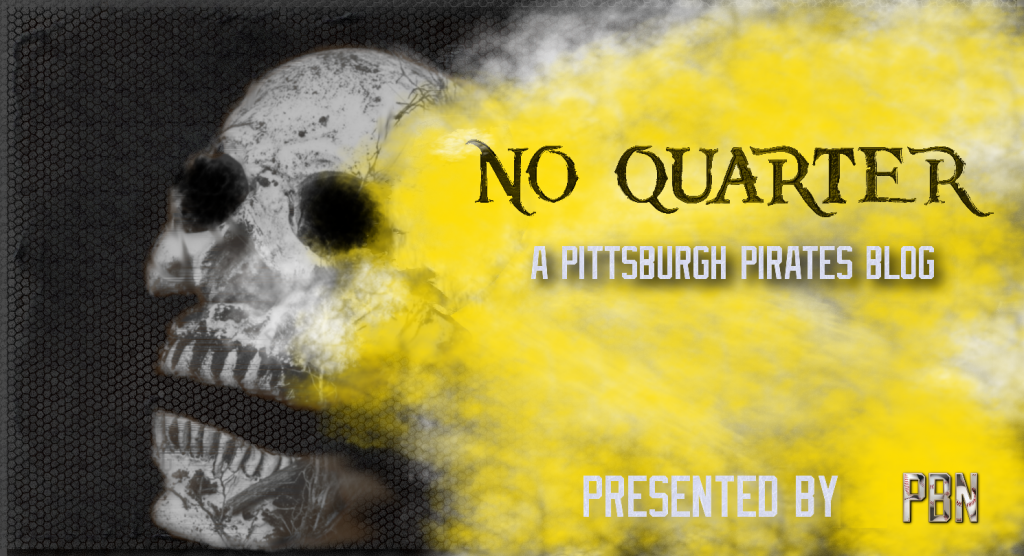 We had a naming contest a week ago for you guys to submit name choices. Wabbit_Season came up with the winning submission, with the following description:

“When sea pirates raised the square black flag, it meant “no quarter” was to be given to the raided ship… It was intimidating, terrifying, and… it meant you were going to probably die or worse.”

Wabbit wins a free year subscription to Pittsburgh Baseball Network, which will include full access to No Quarter and Pirates Prospects, along with every other site under the network.

If you’re already a subscriber to Pirates Prospects, you don’t need to do anything to subscribe to PBN. Your subscription will be upgraded when PBN launches to give you access to each site under the network. You’ll have access to the new sites as they launch.

I’m currently working behind the scenes to set up No Quarter. My biggest focus right now is on the comment system, where I’m looking for upgrades over what we have. This is going to be a Pittsburgh Pirates community, aimed at replacing what Vox destroyed at Bucs Dugout. Once the site launches, I’ll be looking to you guys for upgrade and new feature ideas.

Keep an eye out for the launch of No Quarter. If you’re not already a subscriber to Pirates Prospects, you can join us here. By signing up, you’ll be getting a subscription for PBN when that launches.

Six former Pittsburgh Pirates born on this date, including a Hall of Famer, plus one trade of note that included another Hall of Famer. Current reliever Geoff Hartlieb turns 26 today.

On this date in 1980 the Pittsburgh Pirates traded Hall of Fame pitcher Bert Blyleven and catcher Manny Sanguillen to the Cleveland Indians for catcher Gary Alexander and pitchers Victor Cruz, Bob Owchinko and Rafael Vasquez. By the time the 1982 season started, Blyleven was the only player still with his new team. Sanguillen was released before the season started, while the Pirates got very little from any of the players they received in return.

Todd Van Poppel, pitcher for the 1998 Pirates. He came to the Pirates in July of 1998 from the Texas Rangers, along with Warren Morris, in exchange for Esteban Loaiza. Van Poppel went 1-2, 5.36 in seven starts and 11 relief appearances. He signed with the Pirates for 1999, but spent the entire season in the minors. Van Poppel was a first round draft pick out of HS in 1990 and was in the majors by the next season. He never put it together in his 11-year big league career, finishing with a 40-52, 5.58 record with six different clubs.

Doc Medich, pitcher for the 1976 Pirates. The Pirates traded three players for Medich on December 11, 1975 and he went 8-11, 3.52 in 26 starts and three relief appearances. He pitched nearly 100 fewer innings than he did the prior season and he finished 3-0 in his last eight games to get his record to that 8-11 mark. From June 17 to August 14 he went 0-6 in eight starts. Just prior to the 1977 season the Pirates traded him away in a nine-player deal to the Oakland A’s, with six players going the other way, including Tony Armas and Dave Giusti, while the Pirates got Phil Garner in return. In Medich’s 11-year career he won 124 games playing for seven different teams.

Henry Camelli, catcher for the Pirates from 1943 until 1946. Camelli had a minor league career that stretched from 1935 until 1951. In between he spent parts of five years in the majors, four with the Pirates. With Pittsburgh, he played a total of 107 games, hitting .252 with 15 RBIs in 226 at-bats. He had his best season with the Pirates in 1944, when he hit .296 in 63 games. At the end of the 1946 season, Camelli was part of a six-player deal that brought HOF second baseman Billy Herman to the Pirates from the Boston Braves.

Adam Comorosky, outfielder from 1926 until 1933. In his eight seasons in Pittsburgh he hit .293 over 627 games with 363 RBIs. During the 1930 season, he had 47 doubles, 23 triples and 12 homers, all while recording 33 sacrifice bunts, which led the league. Comorosky is the only player in MLB history to reach those double/triple/homer totals in the same season. The Pirates traded him at the right time, sending him to the Cincinnati Reds in a four-player deal after the 1933 season. He played just 186 big league games after the deal.

Mike Mitchell, outfielder for the 1913-14 Pirates. Mitchell was a star outfielder for the Cincinnati Reds, but by the time he got to the Pirates, he was on his downside. The Pirates selected him off waivers in July of 1913 from the Chicago Cubs and Mitchell became their everyday center fielder. He played 54 games, hitting .271 with 16 RBIs. Mitchell moved to right field in 1914 and saw his average drop, which led to the Pirates putting him on waivers after 71 games. In his eight-year career, he was a .278 hitter with 202 stolen bases. Mitchell finished with both 514 runs scored and 514 RBIs. He led the league in triples twice with the Reds.

Joe Kelley, outfielder for the 1892 Pirates. He batted .239 in 56 games for the Pirates as a 20-year-old, before he was traded for star outfielder George Van Haltren. It turned out to be one of the more unfortunate trades in team history. Kelley had a Hall of Fame career that included a .317 career average and five straight 100 RBI seasons in the 1890s, which could have really helped out the Pirates during that era. In 1896, he scored 148 runs, stole 87 bases and posted a 91:19 BB/SO ratio.