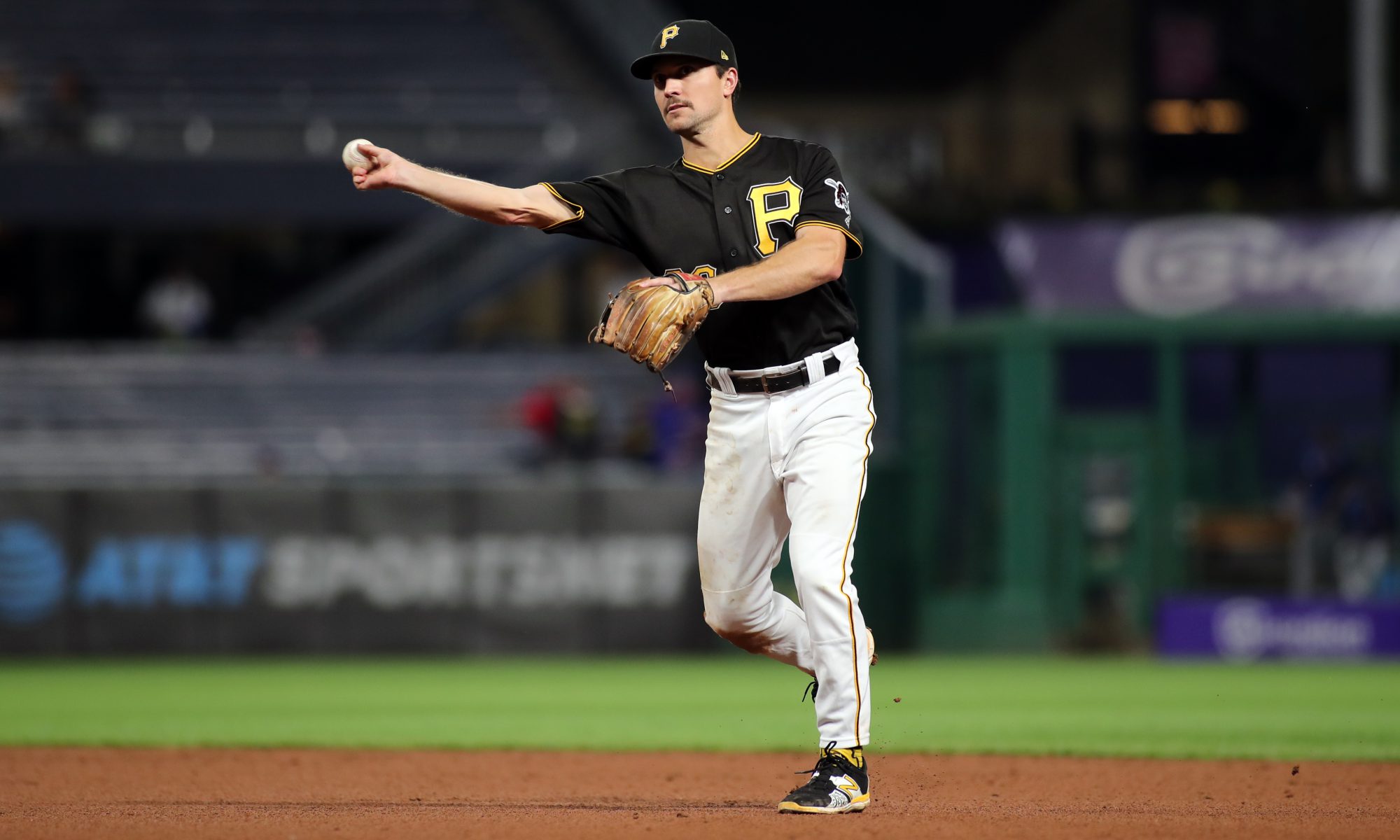 After one day of the winter meetings, we still don’t really know the official plan for the Pirates. We can guess, based on what we know, that they’re going to focus on a rebuild of some sorts.

All we’ve heard so far have been rumors that the Pirates are listening on their own MLB players, rather than looking for outside help to add to those players. This is a team that lost 93 games last year, with a lot of key players only around for 2-3 more years. You don’t add to that type of team. You trade guys away and try to build a better team at some point in the future.

The Pirates have already been connected to rumors that they’re listening on Starling Marte. Yesterday there were rumors about Adam Frazier being available. I’d imagine we’ll hear rumors about guys like Josh Bell, Chris Archer, and others at some point this offseason.

None of those players are guaranteed to be traded, regardless of if their name has been mentioned or not. I could see a few of them traded this offseason. The key is that the Pirates shouldn’t be in a rush to trade anyone. There are some players who would probably get a better return now, but others who would be better to hold onto.

Frazier is a perfect example of a guy who would be better to deal now. He’s got three years of control remaining, and he’s arbitration eligible in each of those years. He’s been a 2+ WAR starter, but has been inconsistent, with a lot of his production coming in the second half of the last two years.

The Pirates could win with a guy like Frazier if they had a good team surrounding him. Since they don’t, and since they don’t project to win in at least one of the three years he’s around, it makes more sense to trade him. Frazier is unlikely to raise his value from the point he’s at now. He’s got more value now due to additional control and a lower salary. If the Pirates want to trade him at his highest point, that point is most likely right now.

You could make an argument that Marte could raise his value next year and be worth more at the deadline. I think they’d get just as good of a return for him now, without taking on risk that he declines in 2020.

Then there are guys who absolutely shouldn’t be moved now. Chris Archer is at the top of that list. He has no value, his contract is a sunk cost at this point, and the best approach would be hoping he can rebound and be a big trade chip by the deadline. Even if they could trade Archer now, the return would pale in comparison to what he could get with a strong half season in 2020.

I think the Pirates are set up in a way where they should be trading from this team and trying to win in a future year. My guess is 2022 would be the earliest they have a shot at contending for the Wild Card. Anyone not projected to be around in 2022, or who only has a year or two of control left during that time, needs to be shopped now.

That doesn’t mean they need to be traded now. The Pirates need to focus on maximizing returns, and that means trading guys when they’re at their highest value. Frazier probably leads the group of guys who are at their highest value. Archer leads the way with players who should stick around to rebuild value. Marte and everyone else are somewhere in the middle, and Ben Cherington will have to figure out where each player is on this spectrum.

Four former Pittsburgh Pirates born on this date, plus two trades of interest.

On this date in 1976 the Pittsburgh Pirates traded outfielder Richie Zisk and pitcher Silvio Martinez to the Chicago White Sox in exchange for pitchers Goose Gossage and Terry Forster. Martinez was a minor leaguer at the time while the other three were just one year away from free agency. By 1978 none of the four players were with their new team. Zisk hit 30 homers and drove in 101 runs for the White Sox, while Gossage pitched 133 innings in relief, posting a 1.62 ERA with 26 saves and 11 wins. Forster had a 4.43 in 33 games for the Pirates while Martinez pitched just ten games with the Sox in 1977, then was traded to the Cardinals in the off-season. He looked like a rising star by 1979 when he won 15 games as a 23-year-old, but he won just seven more Major League games.

On this date in 1965, the Pirates traded longtime pitcher Bob Friend to the New York Yankees for relief pitcher Pete Mikkelsen and cash. Friend was 35 years old at the time of the trade, and had an 8-12, 3.24 record in 1965. In 15 seasons in Pittsburgh, he won 191 games, the fourth highest total in team history. He is the teams all-time leader in strikeouts, innings pitched and games started. Mikkelsen was 26 years old at the time of the trade and he had a 3.42 ERA with 13 saves in 91 games for the Yankees. Friend struggled with the Yankees, going 1-4, 4.84 before they sold him to the Mets in mid-June. He finished the year with the Mets and was released in October, ending his major league career. Mikkelsen had a strong first season for the Pirates and was used a lot, going 9-8, 3.07 with 14 saves in 126 relief innings. He didn’t pitch as well in 1967 and was put on waivers by early August, where he was taken by the Cubs.

Pedro Florimon, infielder for the 2015-16 Pirates. Over two seasons, he played 42 games with Pittsburgh and posted a .149 average. During that time he wore four different uniform numbers. Florimon played eight seasons in the majors (2011-18) and hit .211 in 321 games. He spent the 2019 season in Triple-A for the Atlanta Braves and is currently playing winter ball in the Dominican.

Bob Priddy, pitcher for the Pirates in 1962 and 1964. He had a 3.86 ERA in 37.1 innings over 21 appearances with the Pirates, before being traded to the San Francisco Giants for Del Crandall. Priddy played nine years in the majors, seeing time with six different clubs. He had a 4.00 ERA in 536 innings. He turns 80 years old today.

Stan Gray, first baseman for the 1912 Pirates. He played just six games in the majors, debuting in mid-September of 1912 at 23 years old. He went 5-for-20 with a triple at the plate and handled all 39 chances in the field without an error. The interesting part about his trial with the Pirates is that he was a .230 hitter in the minors, while pitching 192 innings. Since he was a Rule 5 pick by the Pirates in September of 1911, then they had him being used as a pitcher that year for Springfield of the Central League.