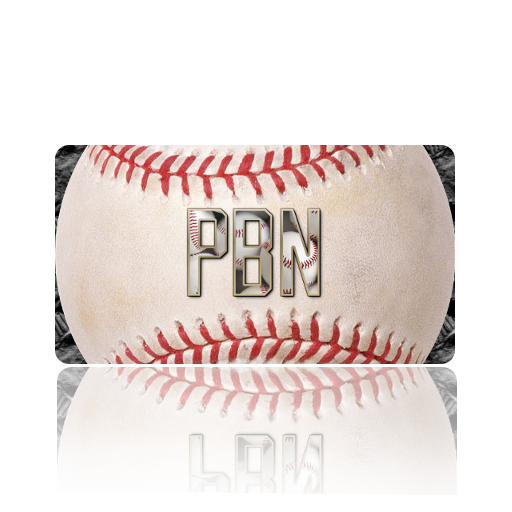 **I’m launching Pittsburgh Baseball Network in 2020. If you haven’t read about it yet, check out the initial announcement, along with some additional information here. We’ll have our first sites launching under the network soon, starting with our new Pirates blog, No Quarter.

My goal and current schedule is to have No Quarter live by the end of 2019. The final thing I’m setting up is the all-important new commenting platform.

**I know a lot of you purchase gift subscriptions and books from us each year for those Pirates fans in your life. We made that process easier today with our new gift cards. You can now purchase a gift card to be used for any occasion.

Each gift card comes with a customized message that will be delivered to the recipient’s email address. You can choose to have that delivered immediately, or on a certain date.

The gift cards can be easily redeemed for anything on the site. They are also re-loadable, so if you purchase gifts from us every year, this makes the repeated process easier.

You can purchase a gift card on the products page. All gift cards, and products purchased with gift cards, will transition over to PBN when the network launches.

**I’ve been knocked out the last two days with a migraine, but will be getting to the help emails today to assist anyone having trouble with their accounts. If you’re having any issues, email help@pittsburghbaseball.com.

@timwilliamsP2 @JohnDreker @pirateprospects love reading the articles and enjoy the games in the First Pitch ones. Went ahead and made my own. Let me know if I stumped you and feel free to use it in the future. https://t.co/kasLgs7rUp

Five former Pittsburgh Pirates born on this date, plus two trades of note

On this date in 1984 the Pittsburgh Pirates traded Dale Berra, Al Pulido and Jay Buhner to the New York Yankees for Steve Kemp and Tim Foli. Berra and Foli were teammates on the Pirates for three seasons, with Berra backing up Foli when he wasn’t his double play partner. Pulido was almost 28 and had pitched just two games for the Pirates, one in 1983 and one in 1984 and he struggled in both games. Buhner was just a minor leaguer at the time, a second round pick in the January 1984 draft- who hit .323 in short-season A ball. Kemp was a strong hitter with the Tigers for five seasons and one year with the White Sox but his numbers dropped his two years in New York. He hit just 19 homers with the Yankees after hitting 108 his first six seasons including the strike shortened 1981 season. The Pirates also received cash in the deal.

The trade did not work out well for either team, Buhner would become a star but not until 1991, well after he was traded to the Mariners. Pulido pitched just ten games in the majors in 1986 with the Yankees, spending three full seasons at AAA before retiring as a pro. Berra was seldom used by the Yankees, playing just 90 games over two years, hitting .230 in 217 at-bats. He played one final year for the Astros before he retired. Kemp really didn’t work out for the Pirates, he hit just two homers in 92 games his first year and the Pirates released him a month into the 1986 season when he was hitting .188 in 13 games. Foli played just 19 games with the Pirates in 1985, hitting .189 before they released him, ending his major league career

Also on this date in 1904 the Pirates traded first baseman Kitty Bransfield, infielder Otto Krueger and outfielder Moose McCormick to the Philadelphia Phillies for minor league first baseman Del Howard. This was a very odd trade at the time, as the Pirates were in a good spot and gave up three players for a 27-year-old minor league player. Howard lasted just one season in Pittsburgh, but this trade didn’t end up that bad when you consider that Howard was involved in the deal to acquire Hall of Fame pitcher Vic Willis. The latter trade worked out much better for the Pirates.

Jose DeLeon, pitcher for the 1983-86 Pirates. He was a third round pick of the Pirates out of high school in 1979. DeLeon climbed quickly through the minors, reaching Double-A at age 20, where he went 12-6, 3.11 in 25 starts. He had a poor first season at Triple-A, posting a 5.97 ERA, but he rebounded in 1983 and received a promotion to the majors at the end of July. DeLeon pitched well in his 15 starts going 7-3, 2.83 in 108 innings. In his first full season he threw nearly 200 innings and posted a respectable 3.74 ERA but the Pirates lost 87 games that year and his 7-13 record was the only losing record among the team’s five starters.

The 1985 Pirates lost 104 games and DeLeon had a tough season, going 2-19, 4.70. He was moved to the bullpen late in the year to avoid 20 losses, but a late season loss in relief shut him down for the year with the NL lead in losses, a feat he would repeat in 1990 with the Cardinals. Teammate Larry McWilliams posted that same 4.70 ERA as DeLeon, but was able to pick up seven wins in fewer starts. The next season he really struggled, and after posting an 8.27 ERA in nine games, the Pirates traded him to the White Sox for Bobby Bonilla, who was a rule 5 pick the Pirates lost in December 1985. DeLeon had a 17-38, 4.02 record with the Pirates and a career record of 86-119, 3.76 in 415 games, 264 as a starter.

Paul Moskau, pitcher for the 1982 Pirates. Moskau pitched seven years in the big leagues (1977-83), with the first five spent with the Cincinnati Reds. He had a 28-22, 4.07 record in 79 starts and 48 relief appearances before coming to the Pirates as a waiver pickup right before Opening Day in 1983. For Pittsburgh, Moskau went 1-3, 4.37 in five starts and eight relief appearances. He also made four starts in the minors and got hit hard, going 0-4, 10.32 in 11.1 innings. He was released after the season. Moskau finished up his career with the Chicago Cubs the following season.

Spud Davis, catcher for the Pirates from 1940-41 and again from 1944-45. The 35-year-old Davis was purchased by the Pirates from the Phillies shortly after the 1939 season ended. He was in his 12th season and had just hit .307 in 89 games. From 1929 to 1935 Davis had hit over .300 in each season, playing at least 80 games behind the plate each year with a high of 132 in 1933. For the Pirates in 1940 Spud played 99 games and hit .326 with 39 RBIs. He shared the catching duties with future Hall of Famer Al Lopez all four seasons he played in Pittsburgh. In 1941, Davis saw his batting average dip down to .252 and the strong defense of Lopez took away his playing time. In 1942, Davis became a full-time coach, but he would return to the playing field two years later when the war created a need for players. He hit .301 in 54 games that season. He played another 23 games at the age of 40 in 1945, before returning to the coaching role full-time. Davis managed the Pirates for the last three games of the 1946 season and also returned to an active playing role in the minors for the 1947-48 seasons.

Joe Wilhoit, outfielder for the 1917 Pirates. Wilhoit played nine games for the Pirates, going 2-for-10 at the plate and seeing time at three different positions. He played for three different teams during that 1917 season. Wilhoit started with the Braves and was put on waivers in early July, where he was picked up by the Pirates. Pittsburgh put him on waivers in August and he finished the season with the New York Giants. Over four seasons in the majors, Wilhoit batted .257 in 283 games, with 73 RBIs and 93 runs scored. He played eight seasons in the minors and put up impressive stats that never quite carried over the the majors. Wilhoit batted .336 over 1,101 games, which included a .422 average for Wichita of the Western League in 1919 and a .360 average during his last season in pro ball. During the 1919 season, he set a still-standing pro record with base hits in 69 straight games.

Jimmy Williams, third baseman for the Pirates from 1899-1900, who had one of the best rookie seasons in baseball history. He hit .354 as a rookie in 1899, driving in 116 runs while scoring 126 times. His 27-game hitting streak that year is still a Pirates team record. It’s one better than the second best streak in team history, which was put up by Williams earlier in the season. He played 11 years in the majors and led the league in triples three times. He was a career .275 hitter, who had 796 RBIs and 780 runs scored in 1,457 games over 11 seasons.