First Pitch: When Will the Pirates Start Making Moves? 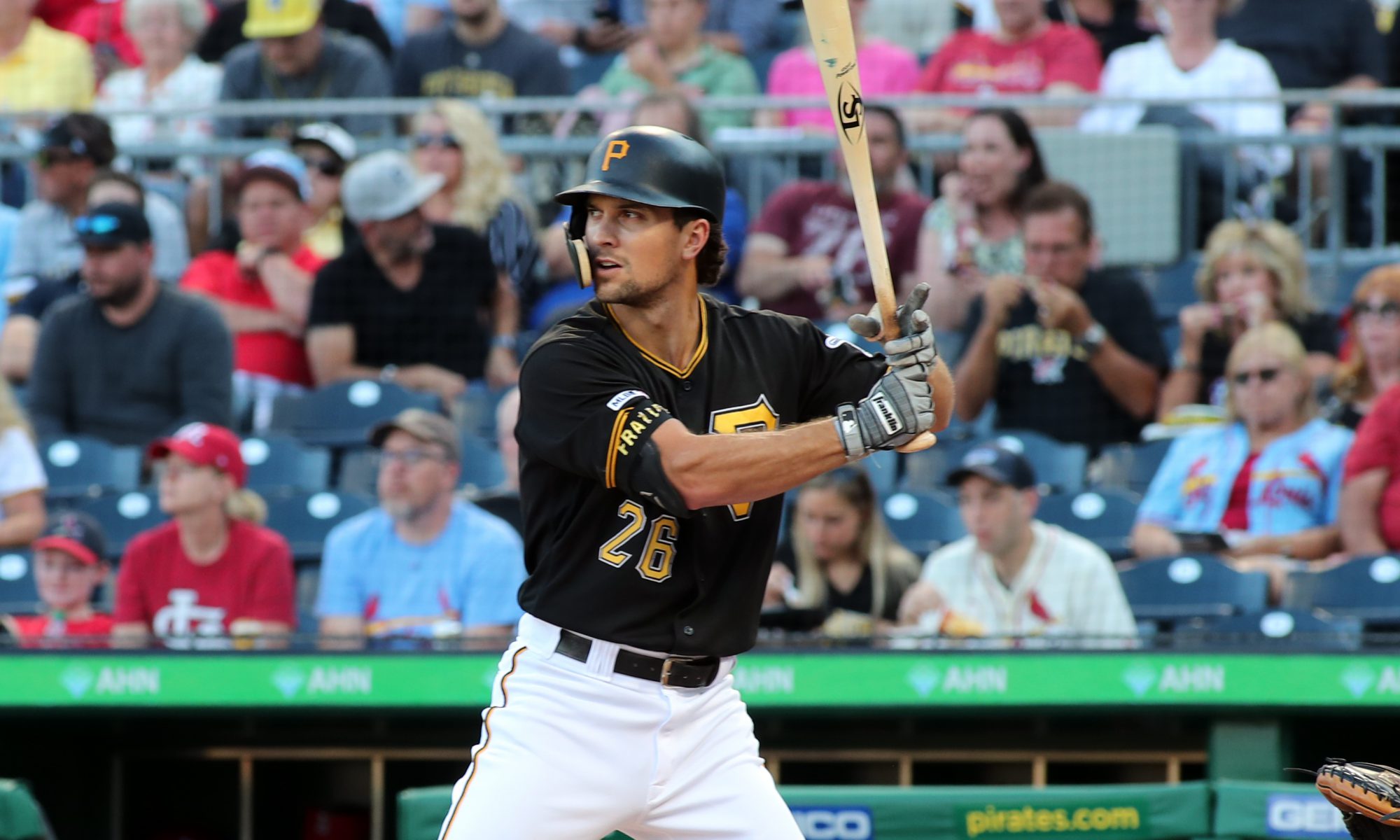 This past week saw a fairly quiet winter meetings for the Pirates.

It doesn’t feel like the Pirates are doing nothing right now. The slow movement in the last week feels like the direct result of hiring a GM so late. Ben Cherington has been on the job for less than a month. I’d be concerned if he rushed to trade Starling Marte or Adam Frazier within a few weeks of his hire, as there’s really no need to have either player traded by mid-December.

Cherington could trade Marte or Frazier when he’s ready, though. He already has scouts and a development team in the system. He most likely has a direction for the team figured out. We haven’t gotten any indication of that direction, but I wouldn’t be surprised if trading Marte and Frazier is the start of a rebuild, or reload, or whatever you want to call the idea of the Pirates needing 1-2 years to start contending.

The Pirates do have some things they might need to wait on. For example, one of their biggest needs in 2020 and beyond is pitching.

The problem is that they don’t have a pitching coach right now. It would be hard to imagine they have a solid pitching philosophy in place without a pitching coach set. And it would be difficult to get any pitcher to sign, or know which pitchers to target, without having those things in place. Right now, at best, you’re just getting minor league free agents who are only looking for opportunity.

MLB’s offseason is taking off a lot quicker than it has in previous years. The Pirates are behind. That makes sense, as they got off to a late start, getting a GM in place a month or two after other teams started their offseason plans. They don’t even have the rest of the MLB staff finalized, and it would be hard to imagine they have a full development philosophy in place without key positions filled.

I think the Pirates will be busy this offseason. I just think we’re going to have to wait for things to pick up, since they got off to such a late start.

My wife with the song pick assist today. There’s a 78% chance I end up watching The Other Guys by the end of the day.

Five former Pittsburgh Pirates born on this date, plus two trades of note. Before we get into all that, Adam Frazier is celebrating his 28th birthday.

On this date in 1963 the Pirates traded pitcher Harvey Haddix to the Orioles in exchange for minor league shortstop Dick Yencha and cash. Haddix was 38 years old at the time of the trade and had been moved to the bullpen for the first time in his career in 1963. He had a career 128-106 record at that point, and with the Pirates in five seasons he went 45-38, 3.73 in 100 starts and 66 relief appearances. Yencha never played in the majors, while Haddix pitched 73 games over two seasons for the Orioles, all in relief, going 8-7, 2.63 in 123 innings. He retired as a player following the 1965 season.

On this date in 1998 the Pittsburgh Pirates traded pitcher Jon Lieber to the Chicago Cubs in exchange for outfielder Brant Brown. Lieber started his career with the Pirates in 1994 and went 38-47, 4.36 in 151 games, 104 as a starter. Brown played just one season in Pittsburgh. He played a career high 130 games, hitting 16 homers with 58 RBIs, but he batted just .232 and struck out 114 times while taking just 22 walks. He was traded to the Marlins after the season ended. Lieber played four seasons in Chicago, having marginal success his first two years, but breaking out in 2001 when he went 20-6, 3.80 and finished third in the Cy Young voting. He injured his arm during the 2002 season and missed all of 2003 due to Tommy John surgery. Lieber finished his career in 2008 with a 131-128 record.

Jeff Robinson, pitcher for the 1992 Pirates. He had a 44-39 career record when the Pirates took him off waivers from the Rangers in June of 1992. He made seven starts and a relief appearance, going 3-1, 4.46 before the Pirates released him in late July, a move that ended his Major League career. He finished the season in AAA for the Tigers, the team he started his career with, then retired after the season. His birthday is one day after pitcher Jeff Robinson, who was with the Pirates from 1987 until 1989 (covered in yesterday’s First Pitch).

Jerry May, catcher for the Pirates from 1964 to 1970. He was signed as an amateur free agent by the Pirates in 1961, then made his Major League debut in September 1964, but played just 57 games with Pittsburgh during his first three seasons combined. He got the starting catcher job in 1967 and played 110 games, hitting .271 with 22 RBIs and a .993 fielding percentage. The following season he played a career high 137 games, but managed to hit just .219 with 33 RBIs in 416 at-bats. Manny Sanguillen took over the regular catching duties in 1969 with May returning to the backup role for two more seasons before he was traded to the Royals in December 1970 in a six-player deal. May hit .237 with 100 RBIs in 417 games in Pittsburgh.

Charlie Hargreaves, catcher for the Pirates from 1928 to 1930. The Pirates acquired him in May of 1928 from Brooklyn in exchange for their longtime catcher Johnny Gooch and 37-year-old veteran 1B/OF Joe Harris. Hargreaves was 31 at the time and had played just 231 games over six seasons in Brooklyn. With the Pirates, he got into 79 games and hit .285 with 32 RBIs, but struggled defensively, leading NL catchers in errors and allowing the third most stolen bases in the league. He played a career high 102 games the following season, hitting .268 with 44 RBIs, which was also a career high. In 1930 the Pirates went with a young catcher named Rollie Hemsley and Hargreaves played just 11 games before going to the minors, where he played until his retirement in 1934.

Ren Wylie, outfielder for the 1882 Alleghenys. On August 11,1882 Pittsburgh took on the Baltimore Orioles and lost 1-0, dropping their record to 21-27. Wylie was in center field that day and went 0-for-3 at the plate. He didn’t make any catches in center field, but he did throw out a runner. Minor league records from back then are spotty and there is no other known pro experience for Wylie. Not much else is known about him except that he lived out a long life in the Pittsburgh area, passing away in 1951, the last player from that first team to pass away. He is buried in Pittsburgh.