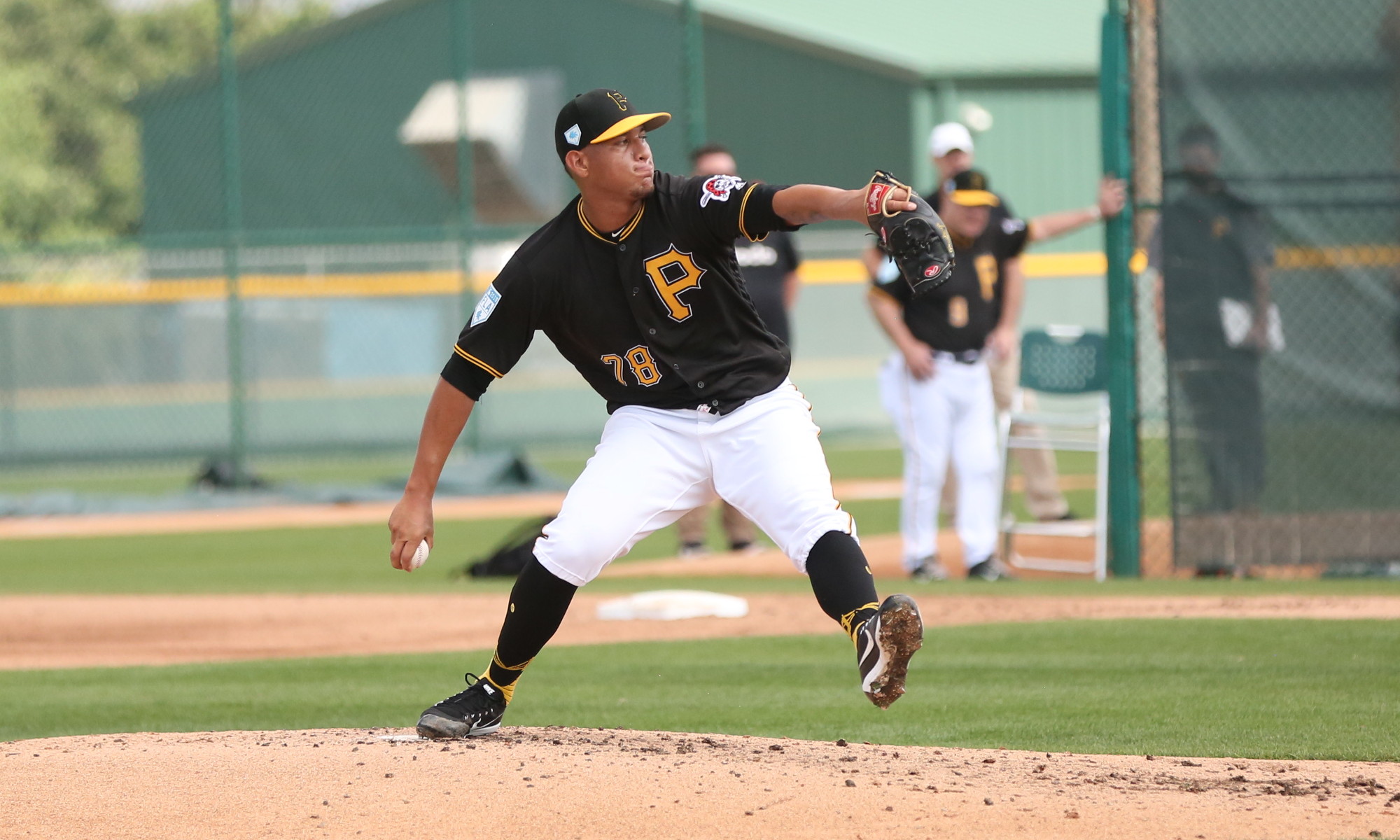 The Rule 5 Draft is getting started now at the winter meetings. We posted a preview here this morning. The picks are about to start coming in and we will provide any updates below for the Pittsburgh Pirates.

UPDATE #1: Pirates passed on making a pick. They haven’t lost anyone yet.

UPDATE #2: MLB portion of the draft is over. Very few picks were made (11) and the Pirates didn’t lose anyone. Minor league portion begins shortly.

UPDATE #3: Pirates left some players off of their protected list in the minors. They had either 35 or 36 eligible players based on whether or not Hector Noesi is officially signed yet. They only protected 30 players, so 5-6 are available and they have room to make selections.

UPDATE #4: Pirates selected Alex Aquino, RHP from the Braves. More on him soon.

Aquino signed as a middle infielder and spent two seasons in rookie ball before moving to the mound. He has pitched the last three seasons, reaching the Appalachian League this year. He is already 23 years old, though he’s obviously still rather new to the mound. He had a 3.60 ERA in 20 innings this year, with a 22:7 SO/BB ratio and a .152 BAA.

UPDATE #5: Pirates passed on making a second pick, so they are done for the day, though they can still lose a player.

UPDATE #6: Pirates lose Jerrick Suiter to the Cubs on the minor league side. Not a bad loss considering that he has struggled at the plate in each of the last two seasons, moving down from Indianapolis to Altoona this year. He is also a minor league free agent at the end of the season.

Here’s an interesting article on Aquino.

UPDATE #7: Draft is over. Pirates get a 23-year-old pitcher from the lower levels and lose 1B/OF Jerrick Suiter.