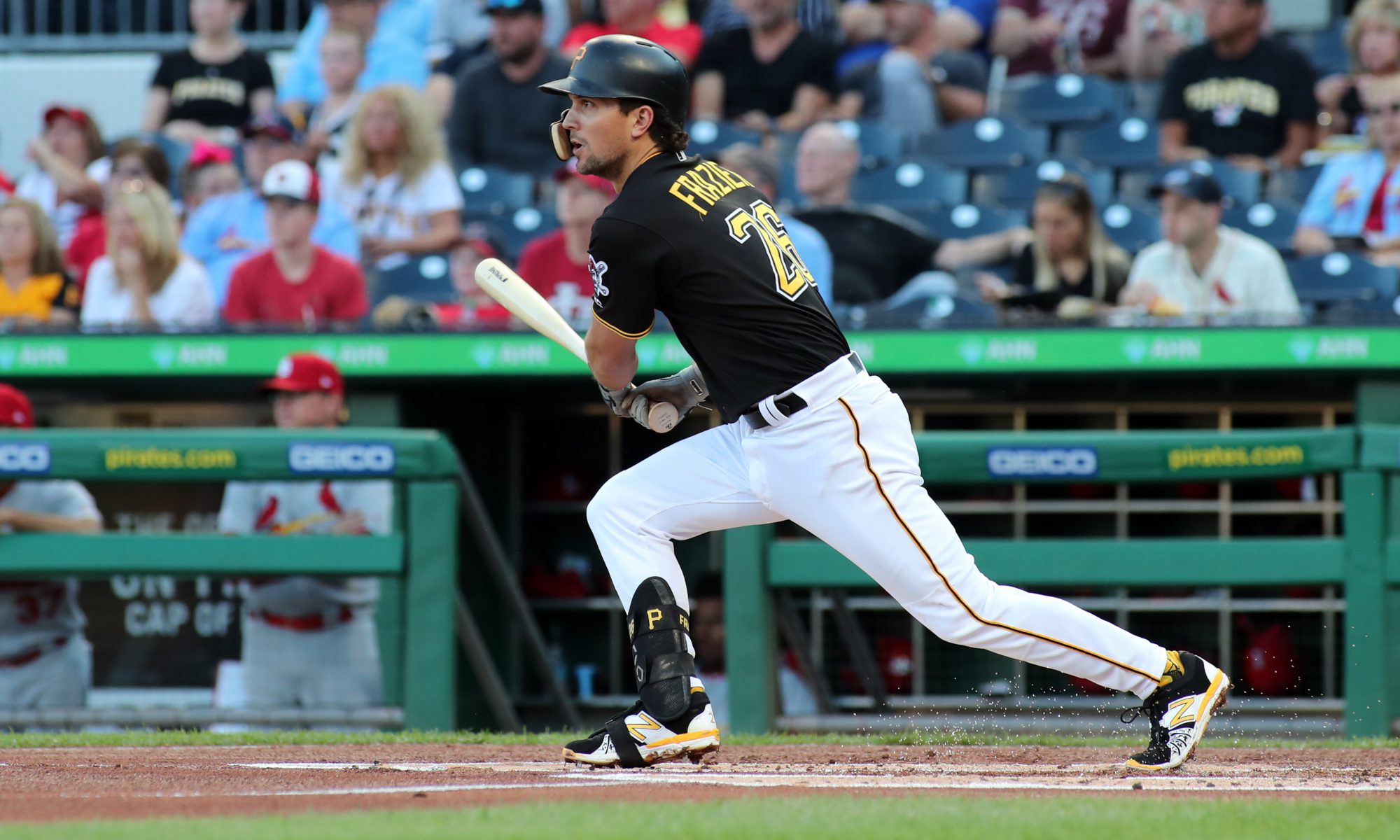 Jason Mackey from the Pittsburgh Post-Gazette reports that the Pittsburgh Pirates have been getting calls about the availability of second baseman Adam Frazier. Today’s the first day of the MLB Winter Meetings in San Diego, which have been quiet so far for the Pirates, but we should start hearing more rumors as they get deeper into the four-day event.

Was told earlier the Pirates have been getting calls on Adam Frazier. Apparently other teams have noticed what was a pretty solid year for him in 2019.

Frazier hit .278/.336/.417 in 152 games for the Pirates this season. He collected 50 extra-base hits and scored 80 runs. Frazier has been more of a utility player prior to this season, but all of his time on defense this year was spent at second base. He posted a 2.7 WAR according to Baseball-Reference, including a career best 0.8 dWAR.

Frazier has three more seasons before he reaches free agency. He’s arbitration eligible for the first time this off-season and MLB Trade Rumors projects him to get $3.2 M.

The Pirates don’t have a great option to fill in if Frazier is moved. They have plenty of options, including sliding Kevin Newman over to second base, but no one among Cole Tucker, Erik Gonzalez, Pablo Reyes or Kevin Kramer should be relied upon to start full-time. Tucker has the best potential, and with the current outlook for the 2020 season looking more like a rebuilding year, it couldn’t hurt to give him the shortstop job full-time and let it play out.

UPDATE: Some other notes from the first day via Adam Berry.

Cherington, asked about free agents coming off the board while the Pirates have been focused primarily on hiring coaches/staff: "The free agents that we’re probably involved in or would be involved in are still free agents. I don’t think it’s really affected us.”