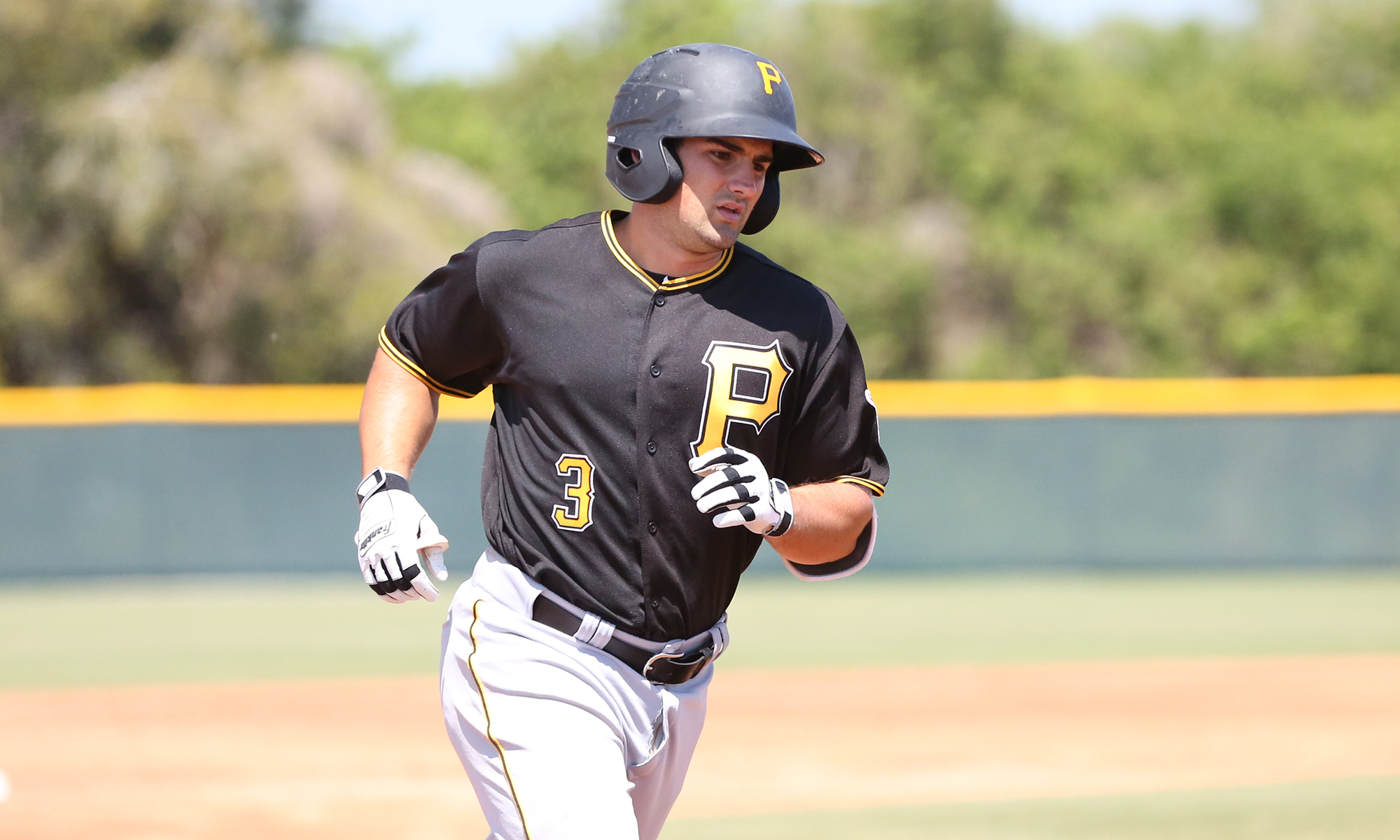 The league in Colombia was the only one with any Pittsburgh Pirates to see action on Monday night, so we cover the last two days here today.

Luis Escobar had a rough outing on Monday night, coming in to record the final out of the eighth inning. He allowed two runs on two hits and a walk, as part of a six-run inning in a 10-9 loss. In two starts and four relief appearances, he has a 5.73 ERA in 11 innings, with a .273 BAA and a 7:3 SO/BB ratio.

On Tuesday in the Dominican, three Pirates saw action for Tigres del Licey. It was announced yesterday that the Pirates signed free agent pitcher Hector Noesi to a minor league deal. He went out last night and gave up two runs on seven hits and no walks in five innings. Noesi struck out five batters. He had one previous start, allowing one run over four innings back on December 4th.

The catcher for Noesi will probably work with him during the season as well. Christian Kelley (pictured above) started his fourth game and went 1-for-4 with a single, walk and two runs scored. He was 1-for-8 prior to Tuesday night.

The leader on offense behind Noesi was Pablo Reyes, who went 2-for-3 with two walks and two runs scored. He walked twice in his first 17 games combined. Reyes is batting .194/.247/.358 in 18 games. Most of his playing time has been at third base this winter.

Yacksel Rios went two innings and allowed two runs (one earned) on five hits, no walks and two strikeouts. He has given up two runs over five innings and four appearances this winter.