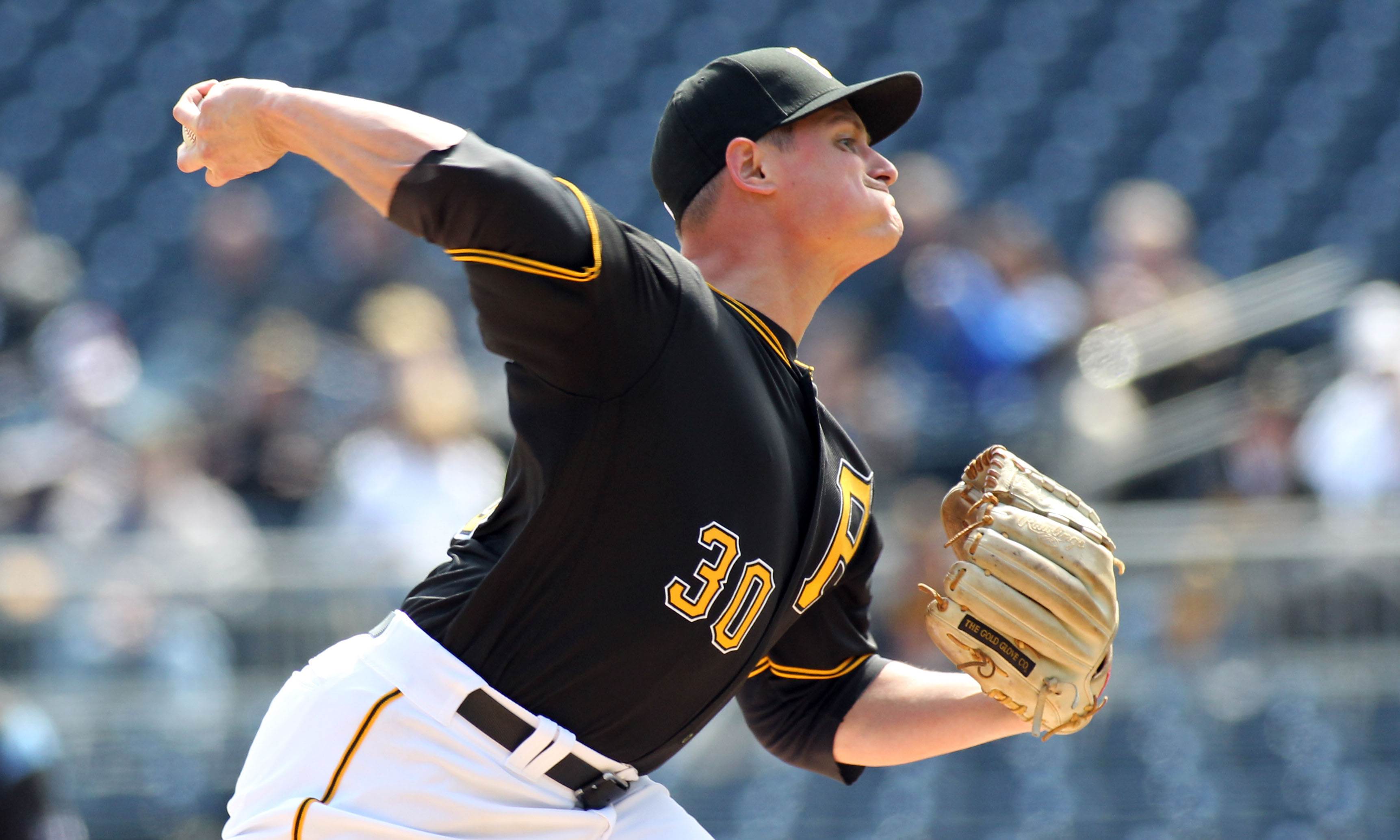 I had a suggestion yesterday for an article about the 2020 bullpen. I’ve been avoiding a lot of 2020 positional articles for two reasons:

Rather than preview the 2020 bullpen in terms of the impact on the 2020 team, I decided to preview each individual pitcher. My focus was on when they might have value to the Pirates, and what kind of value they might have.

Keone Kela – Kela would probably be the closer in 2020 if the Pirates went with a traditional bullpen. He’s also only under control through the 2020 season. His best value to the team is a trade chip at the deadline, assuming he regains value.

Kyle Crick – Crick has three more years of arbitration after the 2020 season. He’s shown flashes of being a late inning reliever, but largely he’s been replacement level. He’s better as a middle reliever now, with hope that he moves up to a more important role when the Pirates need him.

Richard Rodriguez – Similar story to Crick, only I see him with less of a chance to move into a late inning role.

Michael Feliz – He’s shown some ability to be a middle reliever, and has late inning stuff. He’s only under control for two more seasons.

Edgar Santana – Santana is returning from Tommy John surgery. He looked like a future late inning option before he went down. The 2020 season will show if he can be part of the future core of this bullpen.

Nick Burdi – Burdi also briefly showed late inning stuff in 2019, before going down with a rare nerve injury. The question here is whether he can return from the latest injury, and whether he can be as effective as he once was.

Chad Kuhl – I think Kuhl is better used in the short-term as a starting pitcher. However, his fastball/slider combo would make him an intriguing late inning relief option.

Steven Brault – He’s a good long-reliever and good for rotation depth. That’s about his upside, and he has more value to the team as a depth option than he would in a trade.

Others – The Pirates have several hard throwing relief prospects, or guys who were recently prospects. That includes guys with MLB experience like Luis Escobar and Clay Holmes, along with upcoming prospects like Nick Mears and Blake Cederlind. In all cases, the Pirates will need as much help as they can get in the future.

Summary – I don’t think the Pirates have a good bullpen in 2020. I also don’t think the 2020 bullpen matters. The key thing will be watching for relievers to emerge as shut down options. Crick, Santana, Burdi, and Kuhl are the top candidates I see for shut down guys beyond 2020.

Eight former Pittsburgh Pirates born on this date, plus a manager and another MLB player of note with Pirates ties.

Danny Ortiz, outfielder for the 2017 Pirates. He was signed as a minor league free agent and spent two years in Triple-A. In late April of 2017, he was called up to the majors for the first time in his career and he went 1-for-13 with a walk in nine games, which has been his only big league experience to this date. Ortiz played in Mexico in 2019 and is currently playing winter ball in Puerto Rico for the tenth straight season.

Mark Redman, pitcher for the 2005 Pirates. Pittsburgh acquired Redman, along with Arthur Rhodes, in November 2004 from the Oakland A’s in exchange for Jason Kendall. He went 11-12, 4.71 for the A’s in 2004 after winning 14 games for the World Series winning Florida Marlins in 2003. Redman started off strong for the Pirates, going 4-4, 2.80 in his first 14 starts, but he went downhill quick after that, finishing with a 5-15 record. The Pirates won just one of his last 16 starts. Following the season he was traded to the Royals in exchange for Jonah Bayliss and a minor leaguer. Redman retired after the 2008 season with a 68-85 record in ten seasons.

Danny Jackson, pitcher for the 1992 Pirates . Jackson went 23-8 for the 1988 Reds team that won the World Series, finishing 2nd in the NL Cy Young voting that year. When the Pirates acquired him from the Cubs on July 11, 1992 for third baseman Steve Buechele, he had won a total of 17 games since that 1988 season. He went 4-4, 3.36 in 15 starts for the Pirates to finish out the 1992 season. He started game two of the NLCS against the Braves, but was chased from the game in the second inning, giving up four earned runs and taking the loss. Following the season he was taken by the Florida Marlins in the 1992 expansion draft. He pitched in the majors until 1997 finishing with a 112-131 record.

John Russell, manager of the Pirates from 2008-2010. Russell was a catcher in the majors for ten seasons prior to becoming a manager/coach. He managed in the Twins minor league system from 1995 to 2002 before becoming the Pirates third base coach and catching instructor from 2003 to 2005. After two seasons of managing in the Phillies farm system the Pirates hired him as their manager for the 2008 season. In three years at the helm he went 186-299 with a high of 67 wins in 2008. He was a coach for the Orioles for eight seasons and now coaches at the IMG Academy.

Roger Samuels, pitcher for the 1989 Pirates. He was originally drafted by the Houston Astros in 1983, who released him prior to the 1987 season. He signed with the San Francisco Giants and made his MLB debut with them in 1988, getting 15 relief appearances with a 3.47 ERA. He began the 1989 season in the minors and was still there when the Pirates acquired him in a deal for Ken Oberkfell in early May. Samuels was called up briefly at the end of May, struggling in five relief appearances (9.82 ERA in 3.2 IP) before the Pirates returned him to the minors. He pitched until 1990, finishing his career in the New York Mets organization.

Bill Laxton didn’t play for the Pirates, but he has an interesting footnote in their history. He was signed by the Pirates as a seventh round draft pick in 1966, then a year later he was involved in a big trade. He pitched for the Pirates rookie league team in Salem in 1966, then for their A-ball team in Clinton, Iowa in 1967, going a combined 5-15, 3.71 in 30 games. In December of 1967 he was one of four players traded to the Philadelphia Phillies for future Hall of Fame pitcher Jim Bunning. Laxton pitched parts of five seasons in the majors going 3-10, 4.73 in 121 games. His son Brett Laxton pitched for the 1999 Oakland A’s and 2000 Kansas City Royals.

Bob Oldis, catcher for the 1960-61 Pirates. Oldis had previously played only 24 major league games over three seasons (1953-55 with the Senators) when the Pirates took him in the 1959 rule 5 draft from the Yankees. He was used very little throughout the season, making three starts all year and playing a total of just 22 games while going 4-for-20 at the plate. He was used twice off the bench in the World Series without getting an at-bat. He started the following season on the Pirates roster but spent most of the year in the minors. He went 0-for-5 in four games for the 1961 Pirates. Shortly after the season ended, the Pirates sold him to the Phillies, where he played 85 games over the next two seasons before retiring as a player.

Jack Salverson, pitcher for the 1935 Pirates. They acquired him in December of 1934 for pitcher Leon Chagnon. Salverson was just shy of his 21st birthday and had already pitched parts of two seasons in the majors at the time of the trade. He had pitched just five games for the Pirates with a 9.00 ERA in seven relief innings when they decided to trade him to the Chicago White Sox in exchange for a young outfielder named Bud Hafey, a cousin of Hall of Fame outfielder Chick Hafey. Salverson finished the 1935 season with the White Sox, then returned to the minors for seven seasons before he played in the majors again in 1943 and 1945. He won just nine major league games over five seasons, but was able to pick up 224 minor league wins before he retired in 1953.

Gene Madden, pinch-hitter for the Pirates on April 20,1916. Madden played one game in his big league career and he was lucky to get that game. Madden made the 1916 Opening Day roster, but didn’t get into action through seven games. The Pirates were planning on releasing him to Syracuse of the New York State League after play on April 20th and he wasn’t in the starting lineup. When the starting pitcher Al Mamaux got knocked around early, Madden was sent in to hit for him in the second inning. He grounded out to second base. After the game, he was assigned to Syracuse and was never recalled. Madden had a long career in the minors and also served in the military during WWI. He began playing in 1908 and retired from pro ball after the 1921 season. The local press said that they expected Madden to rejoin the team in the fall, but he batted .232 in both 1916 and 1917 with Syracuse, then went to war, so he never got his chance with the team again. He played both infield and outfield regularly during his career.

Newt Hunter, first baseman for the 1911 Pirates. He had been playing minor league ball since 1903 when the Pirates traded three players for him on August 20,1910. The trade was made with the minor league team he was playing for at the time, the Kansas City Blues of the American Association. He played 65 games total for the Pirates, 61 at first base, splitting time there with two future Hall of Famers, Honus Wagner and Bill McKechnie. Hunter hit .254 with 35 runs scored and 24 RBIs in what ended up being his only big league season. He then returned to the minors where he played regularly until 1918, briefly making another appearance on the field in 1924 for six games. After his playing career ended he coached and scouted for many years.