First Pitch: The Status of the Pirates’ Search for a Lefty 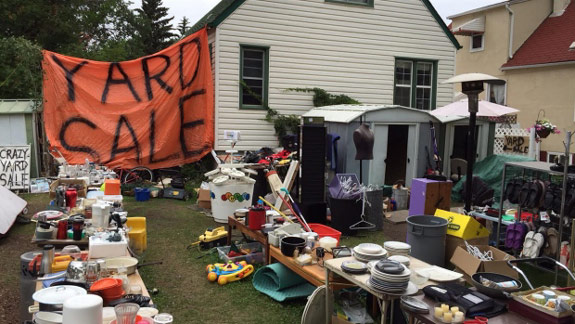 We’re all aware that the Pirates are juuuust a bit short on left-handed pitching.  They currently have two left-handers on the 40-man roster.  One of those, Steve Brault, is fairly likely to be in the rotation, leaving a real question whether they’ll have any lefty in the bullpen.  Finding good lefties–or good anything else–when your budget barely has Starbucks money isn’t easy.  So the Pirates have been searching for super-ultra-cheap alternatives however they can find them.

Apart from the two 40-man lefties, the Pirates, as of today, will have six non-roster lefties in spring training.  In case you haven’t been keeping up, here’s the current list, excluding Brault:

Sam Howard:  The one other lefty on the roster, the Pirates got Howard off waivers from Colorado just after Neal Huntington was canned.  That means Howard was probably claimed as Huntington’s last player transaction, but we probably shouldn’t hold that against him.  He’ll be 27 in March and has 23 not-very-good innings of MLB experience.  He throws in the low-90s and relies very heavily on a slider.  Howard moved up slowly through the minors as a starter and was never impressive.  He moved to relief in 2019 and had pretty good numbers if you consider the crazy offense in the PCL.  He has two options left, so there’s a good chance he’ll open in the minors but see some time in Pittsburgh.

Nik Turley:  The Pirates claimed Turley off waivers from the Twins over two years ago, but a PED suspension and Tommy John surgery have cost him the last two seasons.  The Pirates outrighted him after the 2018 season and he signed minor league deals for 2019 and 2020.  Now 30, Turley was a pretty good prospect with the Yankees for a couple years, but had control problems when he got to the upper minors.  He seemed to turn things around in independent ball in 2016 and pitched well as a starter in AAA in 2017.  He touches the mid-90s in relief.  He’ll no doubt start rehabbing in the minors in 2020 and his chances of reaching Pittsburgh will depend on how things go.  The Pirates have stuck with him for quite a while without him being able to pitch in a game, so they must think he has some ability.

Robbie Erlin:  Just signed to a minor league deal, Erlin can opt out if he’s not on the opening-day roster.  He’s a finesse lefty who moved up quickly as a starter but began getting hammered in the upper minors.  He was in the Padres’ rotation for parts of three seasons, pitching at barely above replacement level.  After missing most of 2016-17 due to Tommy John surgery, he worked in a swing role in 2018 and pitched well as a reliever, but not as a starter.  He struggled in relief in 2019.  Given his opt-out, he has a reasonable chance of making the team.

Derek Holland:  The most recent entrant in the Great Lefty Chase, Holland has made 222 major league starts.  Some years he’s been a roughly one-WAR kind of pitcher, but he’s had three good seasons that make him very interesting:  2011 and 2013 with Texas, and 2018 with the Giants.  He spent much of 2012 and 2014-16 struggling with injuries, including multiple shoulder problems and one knee surgery.  For the first time in his career, he pitched mostly in relief last year and, as we all know, had a rough time.  He was really hurt by a horrendous month of May and a terrible outing in his very last game of the season, but didn’t pitch especially well otherwise.  Holland has the same deal as Erlin, but it’s even harder to see the Pirates letting him opt out unless he has a bad spring.  He may be their best bet (so far) as a depth starter, so it wouldn’t be surprising if he made the team at least as a middle reliever.

Williams Jerez:  The Pirates claimed Jerez from the Giants last September when Huntington was frantically acquiring every reliever who’d flopped elsewhere.  Jerez throws 94-95 with a slider and splitter.  He was never outstanding in the minors, although he moved up quickly after converting from the outfield.  He’s been terrible in limited major league action, including a few outings for the Pirates.  He shouldn’t be more than AAA depth.

Miguel Del Pozo:  The Pirates signed Del Pozo to a minor league deal for 2020.  He’s 27 and spent his career in the Marlins’ system, until 2019 when he was with the Angels and Rangers.  He throws a 95-mph fastball and uses a curve heavily.  He was strictly an organizational pitcher until he had one excellent season in 2014, then he had Tommy John.  He had a mediocre season in AA in 2018 and in AAA in 2019, and got rocked in nine major league innings with the Angels.  He definitely shouldn’t be more than AAA depth.

Blake Weiman:  A . . . prospect?  Weiman isn’t a hard thrower and has more of a starter’s repertoire, including good command.  He had trouble with stamina in college and has been strictly a reliever as a pro.  He moved up through every full-season level in 2018-19, reaching AAA in the middle of last season.  Weiman’s time in AAA was interrupted by shoulder tendonitis, but he’s supposed to be in camp, so presumably he’s OK now.  If he resumes the quick progress he’s been making, he should have a chance of reaching Pittsburgh, although he’ll have to be added to the roster.

Eight former Pittsburgh Pirates players born on this date. Seven of them were pitchers and the oldest one was an outfielder.

Stolmy Pimentel, pitcher for the 2013-14 Pirates. After being acquired for Joel Hanrahan in December of 2012, Pimentel made his major league debut in September 2013. He pitched five times in relief for the Pirates, allowing two earned runs in 9.1 innings. In 2014, he spent the entire season in the Pirates bullpen, minus a stint on the disabled list. Pimentel made 20 appearances, posting a 5.23 ERA in 32.2 innings, with 38 strikeouts. He was selected off waivers in April of 2015 and made his final eight big league appearances that year for the Texas Rangers.

Cecilio Guante, pitcher for the 1982-86 Pirates. He was signed by the Pirates as an amateur free agent in November 1979 out of the Dominican Republic. He shot through the minors as a reliever, going from low-A ball to Triple-A in less than a year and a half. The Pirates move him to a starting role in Triple-A during the 1981 season and he went 6-6, 5.37 in 104 innings for Portland of the PCL. He was back to relief in 1982 and jumped between Triple-A and the majors all season, pitching ten games for the Pirates. He got called up in early May of 1983 and ending up with over 100 innings pitched in relief that season. Guante had a 2.61 ERA through 27 games in 1984 when he hurt his shoulder in early July, which ended his season. He was one of a few bright spots, pitching 109 innings in relief over 63 games with a 2.72 ERA. Following another strong showing in 1986, the Pirates traded him in a six-player deal with the Yankees that brought back Doug Drabek. Guante would pitch another four seasons in the majors, finishing his career with the Indians in 1990. In five seasons with the Pirates he had a 13-17, 3.06 record in 201 games with 20 saves.

Ernie Camacho, pitcher for the 1981 Pirates. He spent ten seasons in the majors, starting with a brief cup of coffee with the 1980 Oakland A’s. The Pirates acquired him early in the 1981 season for pitcher Bob Owchinko. He spent most of the year in Triple-A working out of the bullpen,, but the Pirates would use him seven times during the 1982 season including the only three starts in his major league career. Less than a year after they traded for him, Pittsburgh dealt him to the White Sox in a four-player deal. Camacho played in the majors until 1990, finishing with a 10-20, 4.21 record in 193 games with 45 saves.

Bob Smith, lefty pitcher for the 1957-59 Pirates. He had seven games of MLB experience when the Pirates purchased his contract from the St Louis Cardinals in May of 1957. Smith posted a 2-2, 3.11 record in 20 games (four as a starter) with the Pirates. He was used mostly in relief in 1958, pitching a total of 35 games with a 4.43 ERA in 61 innings. He started the 1959 season off strong, but after allowing runs in eight of his last 12 relief appearances he was put on waivers, where the Detroit Tigers picked him up. That would be his last season in the majors, although he pitched another five years in the minors.

Chuck Churn, pitcher for the 1957 Pirates. Churn pitched parts of 18 seasons in the minors, starting in 1949 when the Pirates signed him as a 19-year-old amateur free agent. In 1950, Churn won 16 games for Hutchinson of the Western Association. In 1952, he served in the military during the Korean War. He returned in 1953, but wouldn’t make the majors until 1957, when the Pirates used him as a reliever early in the season. In five games, he had no record and a 4.32 ERA in 8.1 innings. Following the season he was drafted by the Boston Red Sox in the Rule 5 draft, then was taken by the Cleveland Indians off waivers. He would play parts of two more seasons in the majors (1958-59) after leaving Pittsburgh, pitching 25 games total, spending 1958 in Cleveland and 1959 with the Los Angeles Dodgers. Churn pitched 548 career minor league games, picking up 111 victories. He also managed in the minors for four seasons.

Dixie McArthur, pitcher for the 1914 Pirates. He started his career in 1913 right out of college, going 17-6 in the low minors. By July of the next season he was in the majors with the Pirates. On July 10th during an 11-2 loss in Boston, McArthur was called on by manager Fred Clarke to pitch the bottom of the eighth. He faced four batters, allowed one unearned run and struck out one batter in his only inning of work. It literally was his only inning of work in the majors. He spent the next three seasons playing for the Grand Rapids Black Sox of the Central League. In 1915-16 seasons he went a combined 43-20.

Jim Kelly, outfielder for the 1914 Pirates. Kelly would play 16 seasons in the minors, starting his pro career at the age of 27 in 1911. In September 1913 the Pirates drafted him in the Rule 5 draft after he hit .333 in 121 games playing for the Great Falls Electrics of the Union Association. For the Pirates in 1914 he spent most of his time on the bench, being used in the pinch-hitter role. He started just seven games and in 44 at bats he hit .227 with three RBIs. After the season ended, he jumped to the Pittsburgh team in the upstart Federal League, a second Major League at the time, which would fold after the 1915 season. He spent 1916-17 in the minors, returning to the majors with the Boston Braves for 35 games, only that season he played under his real name, Robert Taggert. He was a .299 career hitter in the minors over 1,755 games.