First Pitch: Baseball in the Time of Coronavirus 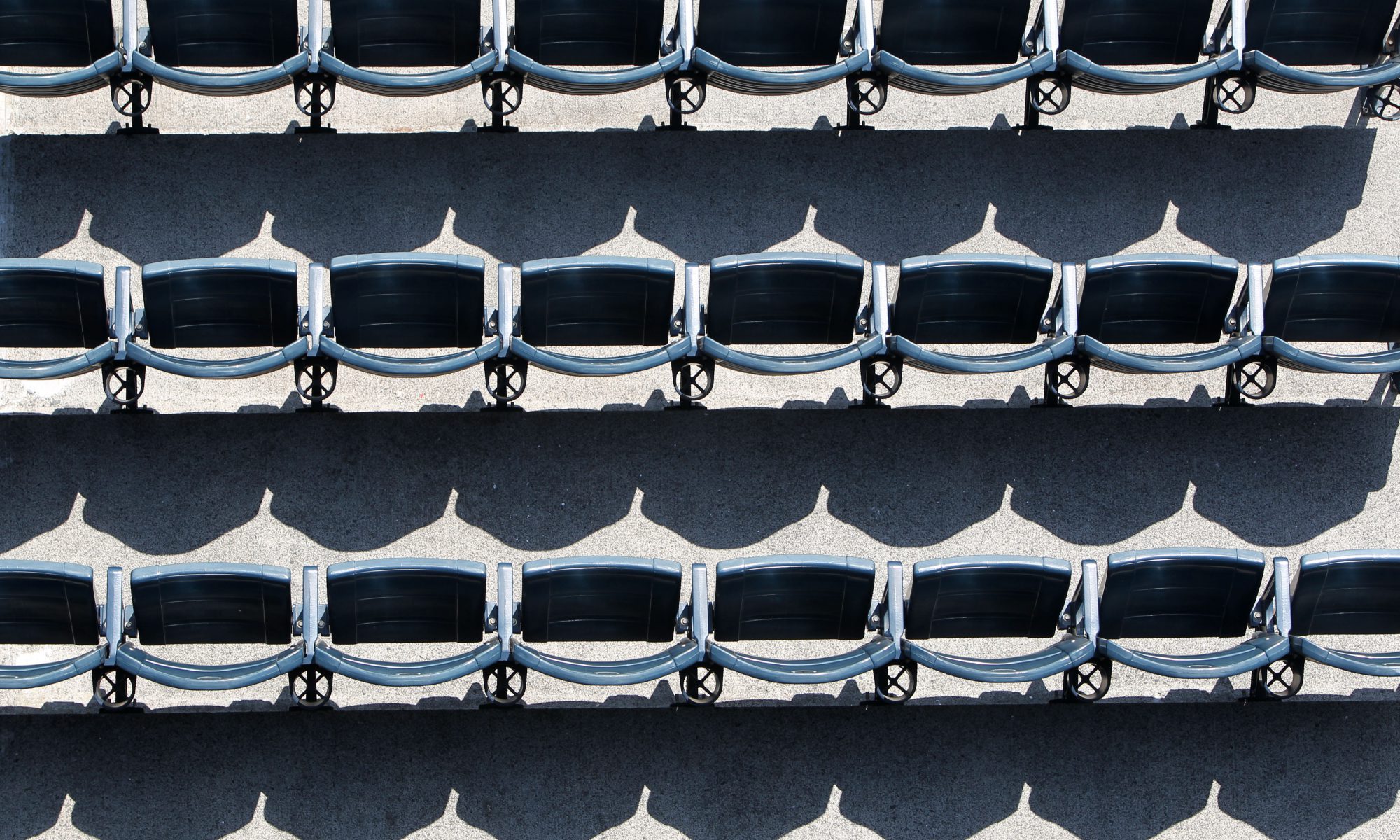 l’m having some fun so far this season.

There’s no baseball. There probably won’t be at all during the 2020 season. And yet every morning I’ve been waking up and watching a game unfold on a simulator, then sharing the results here.

Is it real? No. Neither is a video game or a book of fiction.

Does it change anything in real life? Again, no, unless you count your enjoyment following things in that moment.

That’s all sports are. It’s an escape from life. It’s a way to disconnect for a few hours a day and join together with other people to follow a common interest.

The Coronavirus is deadly and extremely contagious, keeping most of us in our houses for the next few weeks, and shutting down all of those escapes from life that you’d normally have.

This doesn’t mean there can’t be any entertainment for you to read daily, allowing you to disconnect from life at a time when we all need to disconnect for a few hours.

Our goal on the site this year, whether there is baseball or not, is to have plenty of entertaining reads for you.

We’ve been ramping up the history articles, and the Pittsburgh Baseball History site will be fully stocked each day when it launches.

We’ve got our two daily simulations. The 2020 sim resumes today at 3:10 PM EST with the 0-3 Pirates taking on the Chicago Cubs. If you missed it, here was yesterday’s game with Mitch Keller on the mound.

The other simulation will begin soon, looking at the daily 2025 results from the prospects who are currently in the system.

Each day you’re going to see the results of what the Pirates might have done in 2020, and what their prospects might do in 2025.

We’ve also got one more daily season to follow, and that will be announced in a few days.

Of course, we’ll also be doing the normal stuff. Covering any relevant MLB news, Pirates news, draft news, and reaching out to players for updates.

With that said, I want to hear your suggestions. What do you want to see? What do you like about the current features? What would you like to see added or changed?

I can’t guarantee we’ll take every suggestion. We will read every suggestion and consider it. It’s my goal to provide a site where you can escape daily life with plenty of daily baseball reading, all throughout this pandemic. It only makes sense to ask you guys what you’d like to see during this period.

Sound off in the comments below.

Eight former Pittsburgh Pirates players born on this date, plus one transaction of note.

On this date in 1969, the Pirates signed Omar Moreno as an amateur free agent. He was 16 years old at the time and it took him six years to make his debut with the Pirates. Moreno was a starter by 1977 and he played a big part in the 1979 World Series winning season. He played eight seasons with the Pirates and a total of 12 years in the majors.

Dan Runzler, pitcher for the 2017 Pirates. He pitched four seasons for the San Francisco Giants, twice playing on World Series winning teams. Runzler was 32 years old and five years removed from his last big league appearance when he signed with the Pirates as a minor league free agent. He spent the year with Indianapolis prior to getting a surprise call up in September. He made eight appearances with the Pirates, giving up four runs (two earned) in four innings. Runzler spent the 2018-19 seasons pitching in the minors and independent ball.

Mike Johnston, pitcher for the 2004-05 Pirates. He was drafted by the Pirates in the 20th round of the 1998 amateur draft. He began his minor league career as a reliever, switching to the starting role full-time in 2001 and for part of 2002. In 2003, Mike made his Double-A debut and had a 2.12 ERA in 46 relief appearances. The Pirates skipped him over Triple-A, right to the majors to open up the 2004 season and he didn’t allow a run in his first nine outings, posting a 1.84 ERA through his first two months. Things went downhill from there as his ERA rose to 4.37 three weeks later and he returned to the minors, where he put up an 8.40 ERA in 19 appearances. In 2005 Johnston pitched well in Triple-A, but during his only big league game he gave up four hits, four runs and two home runs in one inning. He pitched in the minors all of 2006 before being released by the Pirates. He missed the entire 2007-08 seasons with a torn labrum and made one last brief comeback in the Chicago White Sox system in 2009 before retiring.

Ripper Collins, first baseman for the 1941 Pirates. He played seven seasons in the minors before getting his first chance at the big league level. In 1930, playing for Rochester of the International League, Collins hit .376 with 40 homers. The Cardinals brought him to the majors for the first time in 1931, and while he hit .301, he didn’t show any of the power he had the previous two seasons in the minors. That changed in 1932 when he hit 21 homers and drove in 91 runs. In 1934 he hit a league leading 35 homers, while adding 40 doubles, 12 triples, 128 RBIs and a .333 average. He also led the NL with a .615 slugging percentage. He hit .313 with 23 homers and 122 RBIs in 1935, making the NL All-Star team. His production slowly dropped off each of the next three seasons, although he did make the All-Star team again in 1936-37.

Collins returned to the minors in 1939, spending two seasons in the Pacific Coast League as a member of the Cubs organization. The Pirates purchased his contract in late March 1941 and he was used as a bat off of the bench for much of that season. He started just six games all year, two of them in right field during a doubleheader in May. He batted .210 with 11 RBIs in 70 at-bats over 49 games. He was released by Pittsburgh that November, returning to the minors for six more seasons. Collins also managed ten seasons in the minors. He was a career .331 hitter in the minors in 1,611 games and he had a combined 2,958 hits between the minors and majors.

Hal Rhyne, infielder for the 1926-27 Pirates. He played four seasons for San Francisco of the Pacific Coast League before the Pirates signed him for 1926, after he hit .315 with 40 doubles in 1925. For the Pirates, he played 66 games at second base and 44 at shortstop as a rookie in 1926. He hit .251 with 39 RBIs and 46 runs scored in 366 at-bats. In 1927 he was the Pirates starting second baseman during the first three weeks of the year, then sat on the bench until Pie Traynor got injured, allowing Rhyne more playing time. He was the starting second baseman again for most of August, but then he played only five of the last 39 games, getting just four plate appearances during that stretch. Hal started at second base in game three of the World Series, going 0-for-4 at the plate. He played in the minors in 1928, then returned for five more season in the majors with the Red Sox and White Sox, before spending his last seven seasons of his career in the minors. From 1938-40, Rhyne was a player/manager for Tacoma of the Western International League

Ed Sicking, second baseman for the 1927 Pirates. He was an accomplished minor league player, who was never able to put together a strong showing in the majors. Sicking had over 2,500 minor league hits during a 16-year career but his Major League career barely lasted 200 games. He played one game for the 1916 Cubs, spent all of 1917 in the minors, then spent the better part of three seasons in the majors playing for three different teams, including two stints with the Giants. He then spent all of 1921-26 in the minors playing for the Indianapolis Indians of the American Association. Sicking hit between .285 and .320 each of those seasons, but it took until 1927 for him to get another shot at the majors. The 1927 Pirates went on to win the NL pennant and Sicking was around for the first three weeks, getting seven at-bats in eight games before returning to the minors. Just like the aforementioned Hal Rhyne, Sicking played second base for the 1927 Pirates. From 1927 until 1931, he batted over .300 every season in the minors, yet he never got another chance at the majors. He retired after 1933 with a .306 minor league batting average in 2,189 games.

Dutch Meier, outfielder/shortstop for the 1906 Pirates. He was a well-known football and baseball player from Princeton, who never played pro ball until the Pirates convinced him to sign in November of 1905. It was said in the newspaper on the day Meier signed, that he had already played for the Pirates “last Summer” under as assumed name. They were exhibition games (teams used to play those during the season) and he went by the name Koch. The local paper later surmised that “Koch” was believed to Meier. Dutch was with the Pirates for the entire 1906 season, getting into 82 games, splitting his time between each of thee three outfield positions and some shortstop. That was his only pro experience, minors or majors. He had previously played amateur ball with a club called the Chicago Spaldings, a team named after Hall of Famer, Al Spalding. He also played college ball, where he was heavily recruited by a handful of Major League teams. Meier took up coaching at Princeton after leaving the Pirates. He was very hesitant to play pro ball, so it is no surprise that he only played one season and it took the persuasion of his college teammate, Homer Hillebrand (who was with the Pirates) to convince him to finally play.

George Van Haltren, outfielder for the 1892-93 Pirates. While with the Pirates, he was a member of one of the deepest, most talented outfields the team ever had. The 1893 Pirates had Jake Stenzel, Mike Smith and Patsy Donovan in the outfield and all three were star players of the day. They were alongside Van Haltren, who was the best of the bunch.  Van Haltren hit .325 in 137 games for the Pirates, with 84 RBIs, 43 stolen bases and 139 runs scored. He was involved in three trades with the Pirates and all three of them went poorly (more on this soon). He was a career .316 hitter in 1,990 games, with 1,642 runs scored and 583 stolen bases.

Tom Burns, third baseman for the 1892 Pirates. He played twelve seasons with the Chicago White Stockings before joining the Pirates for one last season in the majors. Burns hit .266 in 1,239 games with Chicago, driving in 679 runs and scoring 715 times. In 1891 he hit .226 with 17 RBIs in 59 games, his worst season in the majors up to that point. The Pirates purchased his contract in late May of 1892 and he played just 12 games for them over a two-month span. Burns hit .205 in 39 at-bats, with eight singles and four RBIs. He played eight games at third base and made nine errors. The Pirates made him the team manager during his short stint with the team, taking over for Al Buckenberger, who started the year with a 15-14 record. After Burns went 27-32 and was done as a player, the team replaced him with Buckenberger, who worked in the front office when he wasn’t managing that season. Burns went to the minors in 1893 and was a player/manager for the Springfield Ponies for three seasons, before only managing during the 1897 season. He then managed the Chicago Colts (new name for the White Stockings/Cubs) for two seasons, before managing two more seasons (1900-01) in the minors. Burns passed away suddenly during the 1901-02 off-season from a heart attack and age 45.