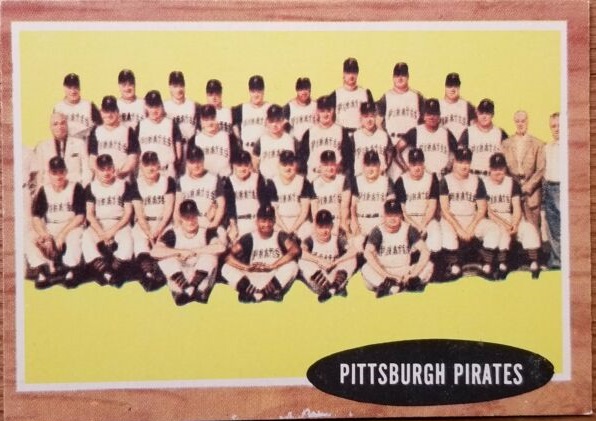 When we launch our upcoming history site soon, we have some features already planned. Our “This Date in Pirates History” series will be a regular feature. We also plan to make the “Card of the Day” series a regular feature, with approximately five of those per week. We already posted two of those, which you can find here and here. We also have something special for the 1979 season, which we will start rolling out soon.

While we wait somewhat patiently for baseball to get started again, I thought we could try out some ideas and see what works. So in addition to an extra Card of the Day article or two this week, we will have some other history ideas to sample. That starts this morning with a look back at classic Pirates game.

This feature will include a brief game recap from an old game with a noteworthy event. That could be something like a big day at the plate for a player or the team, a strong pitching performance, a playoff game, the final game with the Pirates for a significant player, or the Major League debut for a player of note. That final one is where we start today.

The Pittsburgh Pirates took on the San Francisco Giants at Forbes Field on Sunday, September 16, 1962. A crowd of 14,216 was on hand to see a young pitcher named Gaylord Perry make his sixth career start for the Giants, while the hometown club countered with 24-year-old Al McBean, who was looking for his 16th win of the season.

The Giants would go on to win 103 games in 1962, before losing the World Series in seven games to the New York Yankees. They were led on offense by some recognizable names in Willie Mays, Willie McCovey and Orlando Cepeda. They also had future Pirates Matty Alou and Jose Pagan in the starting lineup on September 16th.

The Pirates had two future Hall of Famers in their lineup that day, Roberto Clemente and Bill Mazeroski. Other recognizable names to the average fan today would be Bill Virdon, Dick Groat, Bob Skinner and Donn Clendenon, as well as catcher Cal Neeman and third baseman Bob Bailey, who may fall in the more obscure category for most.

It wasn’t who was in the starting lineup that day or the score of the game that makes it significant, though it did have an exciting ending. Smoky Burgess hit a walk-off home run in the bottom of the tenth for a 6-4 win. The event in this game that made it the subject of today’s article is the Major League debut of 22-year-old Willie Stargell.

Stargell batted .276 that season for Columbus of the International League. In 138 games, he slugged 27 homers and drove in 82 runs. On September 16th, he came up as a pinch-hitter for pitcher Joe Gibbon in the tenth inning. With a 4-4 score, one out and Bill Mazeroski on second base, Stargell was called on for his debut. A wild pitch sent the winning run to third base, before Stargell picked up his first career strikeout for the second out. Burgess was the next batter and sent the crowd home happy on the first pitch he saw.

Stargell picked up his first career hit and RBI four days later when he tried to stretch a triple into an inside-the-park home run against the Cincinnati Reds.