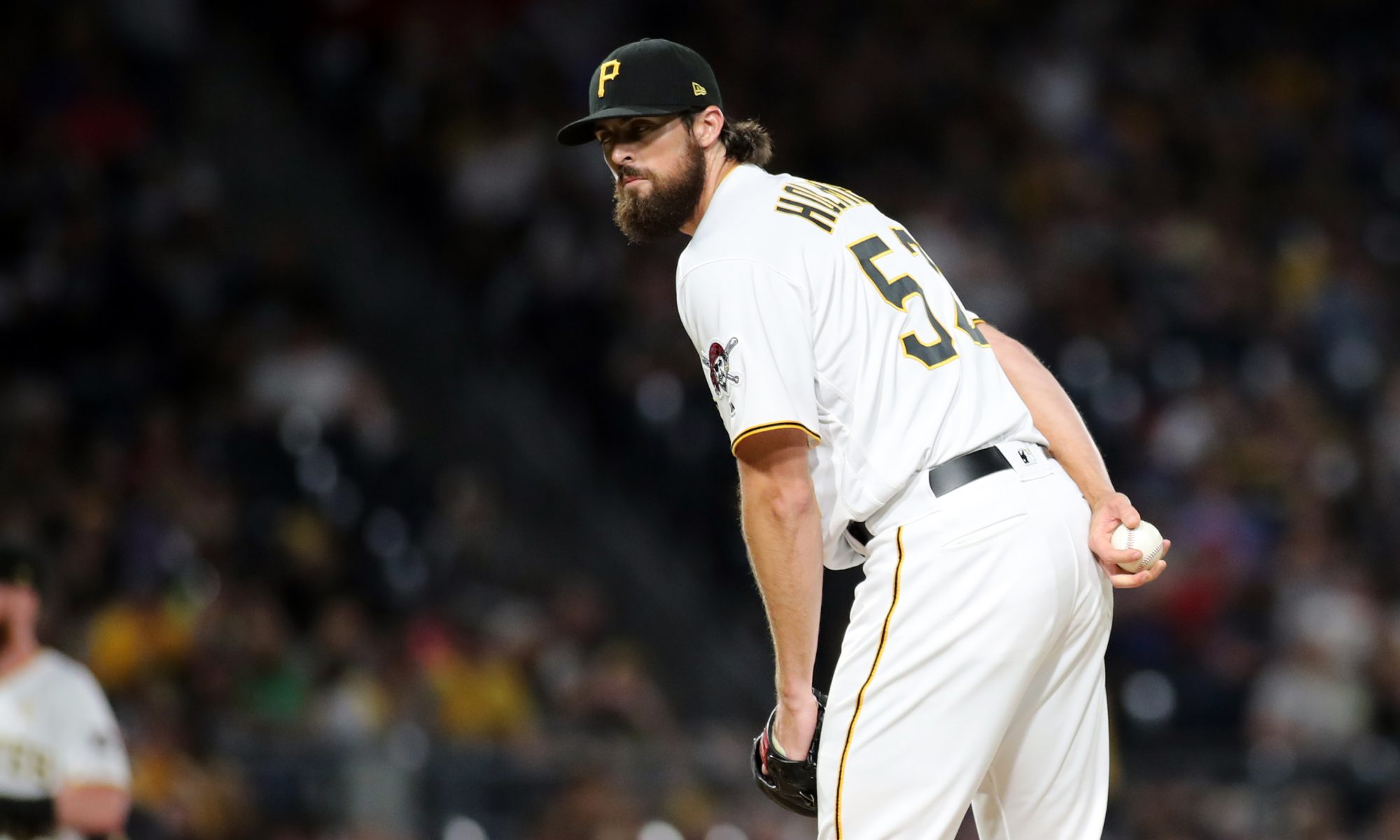 What better to think about while the world is burning down around us than MLB Service Time, right? Honestly, I was looking forward to the MLB Players Association and Major League Baseball coming to an agreement not only because it’s the kind of news I love to digest and analyze, but I also really wanted to unlike all the tweets I’ve been saving speculating on the parameters of the deal. Now that it’s finally hammered out, it’s a reasonable time to consider what it could mean for the Pittsburgh Pirates moving forward.

While hope seems to be springing eternal around the industry and many pundits continue to write as if there will be baseball this season, I tend to think I take a much more realistic approach. We can hope all we want, but personally, I see a better chance of having no baseball than a partial season. The main sticking point in the deal was what would happen if this worst-case scenario came to bear and no games were played? Would players accrue no service time, a whole season, or a partial amount? Word was that the owners didn’t want the players to accrue any service if no games were played, but that certainly never seemed fair, especially if the players would also be forfeiting the large majority of their paychecks in that scenario.

Ultimately, the deal they settled on—at least pertaining to service time—seems more than fair for both parties, and that’s what we’ll look at right now. It’s not really as reasonable to wonder what payroll may look like at the moment, since it’s going to be a prorated portion based on a shortened season. All we really know is that the number is going to be significantly less than the already very low $53,775,673 I had estimated (I’ve stopped tracking for now, since we have no real idea what’s going on at the moment). Some quick back of the napkin math based on The Athletic’s reporting—and honestly, some guessing of what tier players fall in—could result in a payout by the Pirates of around $3,285,000, which is obviously a boon for owners around the league in the event of a lost season. Also, I had calculated an estimated $13,270,530 draft pool for 2020 before accounting for penalties, but if the draft is restricted to five rounds—as the league has the right to institute—that number could shrink to around $11,685,870, assuming all other rules hold and 2019 bonus levels remain unchanged, as also reported. The more significant savings will be in going from forty rounds to five and using $20,000 bonuses as the limit for undrafted players to start affecting the pool, as opposed to the normal $125,000.

For those who haven’t been following every step of the way like I have—service time was such an important issue for the players because it’s what ultimately gets them to free agency, arbitration, and a pension, so those are the factors I’ll analyze, plus a bonus at the end. These notes are based off of my service time counts, but I did try to look at “official” totals when necessary (Don’t even get me started on how it appears MLB officially counts service time. It certainly doesn’t look like they follow their own rules, but that’s a topic for another day.). Again, this is also assuming there is no 2020 season at all, the nuclear option no one wants but may be more likely than some want to admit.

The Pirates don’t have many pending free agents, but one case is definitely worth mentioning. Losing the likes of Jarrod Dyson or Derek Holland—who wouldn’t net much, if anything, on the trade market—isn’t a huge lose; however, Keone Kela is another story. Currently, Kela is one of the teams best trade chips, and if the season is lost, Kela will go from 5.000 years of service to 6.000, become a free agent, and the Pirates will lose out on the opportunity to trade him and recoup future assets, as the team so sorely needs.

Another issue that isn’t quite as pressing, but still worth mentioning—what happens to Chris Archer? While his first option year would void, the Pirates still hold his rights for 2021, with a $11,000,000 option or $250,000 buyout. This season, the difference between exercising Archer’s option and paying his buyout was only $7,250,000, but how would the team feel about a potential $10,750,000 savings, especially in the face of a season’s worth of lost revenue? With Archer not having the opportunity to prove himself with any kind of turnaround, it’s quite possible the team cuts their losses and brings his tenure to an unceremonious end.

Before the 2020 season was in question, the Pirates had a whopping twenty players projected to reach arbitration (yes, out of twenty-six roster spots). That’s a ton, and while that projection doesn’t change with this news, it does bring about some interesting specific case-by-case scenarios to mention.

First off, Nick Burdi would qualify for arbitration at 3.000 years of service. That is notable because he has pitched just ten innings thus far in his career. That would have to be some kind of record (ask Jacob Lindgren). A full, healthy season would have probably been more than enough to determine whether Burdi had a post pre-arb future with the team, but in this case? It would certainly be one to watch.

One very interesting case is Mitch Keller. He officially had .059 days of service in 2019, so fifty-nine more would put him at .118. Assuming full seasons after that, he would have 2.118 years of service after 2022. That puts him in Super 2 territory with this offseason’s 2.115 threshold, but that was a historically low figure, so it’s quite possible he wouldn’t qualify. Anything under .113 days in 2020 would have put him on track, so he’s potentially missing out on an additional year of arbitration in this scenario.

Finally, two players who make out on the positive side would be Clay Holmes and Geoff Hartlieb. While it would have taken clearing waivers, it’s possible Holmes could have stayed under 2.000 years of service with a partial season in 2020. Now, the same amount of service from 2019 would officially put him at 2.002, or just 3 days from the team gaining an extra year of control. Hartlieb, on the other hand, was quite unlikely to see the same .091 days he did in 2019, so the same for 2020 would help him surpass 1.000 year of service instead of the Pirates gaining an extra year on him.

The final matter is player pensions, which has two different levels to pay attention to. While no player would surpass 10.000 years of service to have their pension fully vest—Dyson would go from over 8 years to over 9, or just one year away—two players would appear to have the opportunity to now qualify for pension benefits.

While it’s not totally clear, it appears a player needs to accrue .043 days of service over his career to qualify for a pension. Two players in this scenario—Montana DuRapau and James Marvel—surpass .043 days with a missed 2020 season. Marvel actually just slips by, after accruing .022 days last season. It’s entirely possible that neither sees the necessary days over the rest of their careers to get to that point, so it would be nice to see for both of them if they could achieve this benefit.

This is actually a topic I have yet to see discussed, but could potentially be important if the 2020 season is lost. Basically, with the mass swaths of player options happening over the last week or so—the Pirates included—what happens to those players if no games are played? Do they use an option year or not?

The Pirates optioned a total of twelve players this offseason, ranging in degrees of importance. While Yacksel Ríos is the only player who would exhaust his final option year, there are two other players to highlight in this hypothetical—JT Brubaker and Oneil Cruz.

Brubaker basically lost an entire option year last season due to injury, and an additional year could hamper his development and place on the roster moving forward; however, since he’s further along the development line, it may not be an issue. Cruz, on the other hand, could be more important. A raw player who just reached AA, every year of development for Cruz is vital. Burning an entire option year for Cruz could definitely affect how the Pirates have to move him along. You would hate to see 2023 come with the Pirates forced to keep Cruz on the roster before he’s quite ready, which is entirely possible given his status as an extremely gifted, but still raw player.

While the reality of a lost season probably means much worse implications are happening on a global scale, this is still a practical matter that needed settled between the two parties in question. While it’s a fun topic to digest for a subset of fans—myself included—here’s to hoping we have some sort of baseball in 2020 to make this discussion moot.