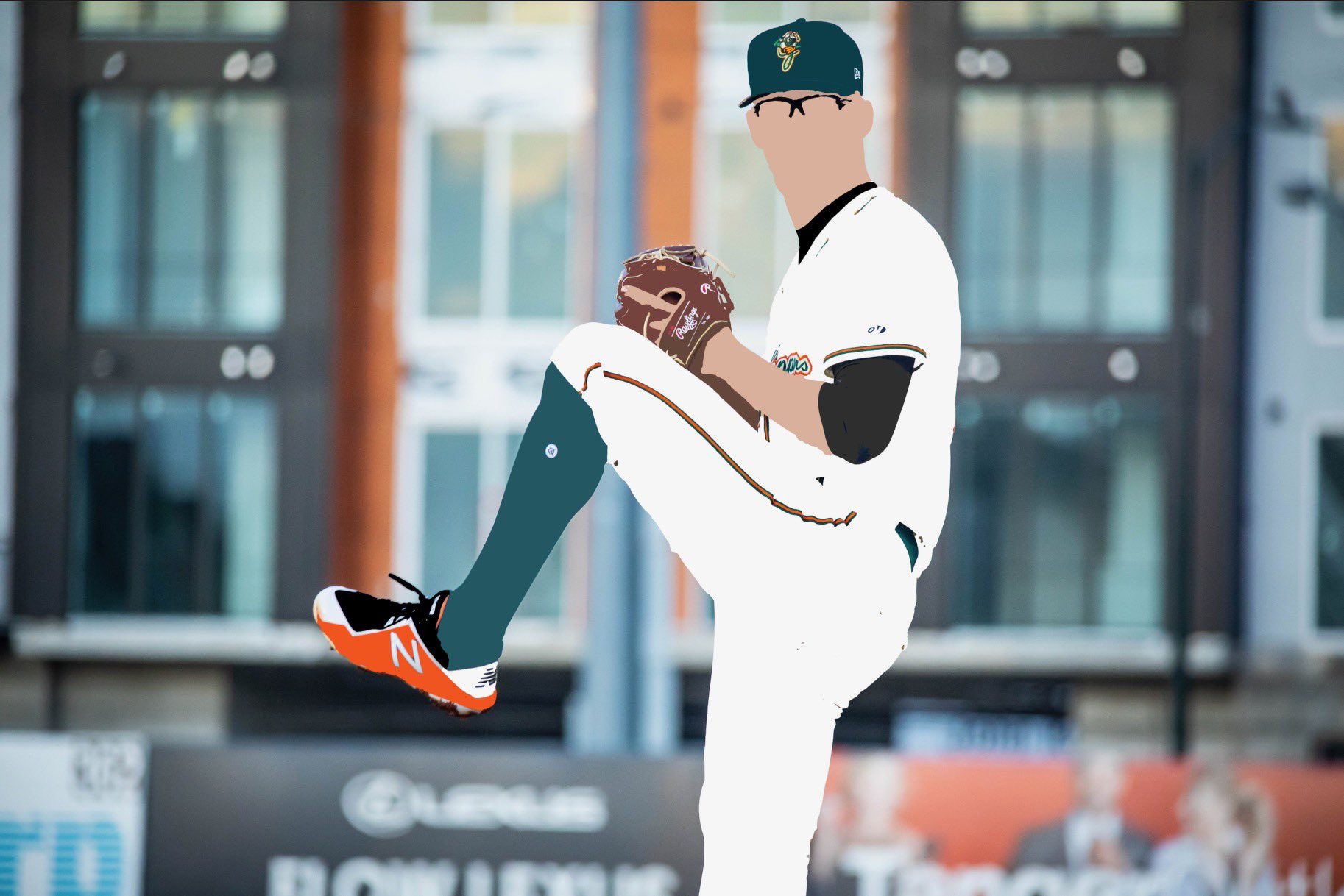 When baseball stopped in early March, the minor league starting pitchers were just beginning to get built up to make their first start of the season. In the past, the Pittsburgh Pirates have had their minor league pitchers reach their full pitch count 2-3 starts into the season. So when the players were told to shut down Spring Training, pitchers like Brad Case were left wondering how long they would be away from action and they had to figure out a proper program to stay sharp for whenever the season starts back up.

Case was a 17th round pick in 2018, who has already pitched at five levels in the minors. He arrived at Bradenton last year 352 days after he made his pro debut in the Gulf Coast League on June 22, 2018. He has a chance to move up to Altoona this year, either to start the season (assuming it starts) or later in the year when a spot opens up.

We are now three full weeks into the stoppage of play. Case was at Pirate City for a short time after action was halted, though he’s been back at home long enough now to get into a daily routine that works for him. It’s quite different than what he would be doing if he was still at Pirate City.

The minor league season was scheduled to start on April 9th, so if things went according to plan, he would probably be making a start with about 60 pitches this week. Instead he’s finding ways to get his throwing in, keep in shape and keep his mind occupied. I asked Case to describe his typical day during this not so typical time.

“My daily routine now is waking up around 10, then I go downstairs and cook breakfast,” Case said. “I then get my stuff in the car and drive to my old high school, where I’m throwing and working out with a high school kid and college kid. We’ll throw and then bring some free weights that I have to the cages and do whatever I can to stay strong and follow the Pirates strength program.”

I’ll note that the players weren’t just sent home without a plan and told to stay ready. They were given a strength program as he mentioned, which would keep them ready to jump back into action once things start up again.

That’s a typical day for him, but when he can’t get to the high school, he has his younger brother to help with his throwing, and he has a garage where he can get his weightlifting done. Case’s brother was a baseball player growing up, but he’s now a college hockey player.

You can only do so much baseball related activities with no games to play, especially if you’re a starting pitcher trying to stay on the typical five-day starter plan. Case has found a unique way to kill some of that time and have some fun in the process.

“I got so bored that I started doing minimalists edits for some teammates to try and pass the time.”

I did not know what that meant, but luckily he posted some examples on Twitter so I could share them here. The first one would be the cover photo we used for this article.

So I got bored and started making minimalist edits. DM me if you want your own! pic.twitter.com/2lc8u6pbRC

Here are two others for pitchers in the Pirates system, Will Kobos and Joe Jacques.

If you know anything about Case the player, it’s probably the fact that he’s right at the top when it comes to control. He’s a strike-throwing machine, who once told me that he absolutely hates to walk any batters. That control probably helps him with another activity he took up during this down time.

“It turns out I have a talent for cutting hair,” Case said. “I started cutting my brother’s hair and some of the neighbors have come over too.”

His other go to activity is the same as everyone else I know according to my Facebook feed. Everyone has been talking about some show on Netflix. Case is a fan of the same show that has been playing in my house recently, which I’ve seen bits and pieces of multiple episodes.

“I started watching Ozark, which is phenomenal.”

So there you have it. How is a minor league starting pitcher handling this unexpected time off? Brad Case is getting his throwing and workouts in either at his high school or at his house. He’s creating some interesting images from photos taken during games. He’s going to be making extra money when action returns by cutting hair on his days off from pitching (I made that up, but it could go that way if the minimalist editing doesn’t pay off). He’s watching Netflix like everyone else in the world. Most importantly, he’s losing his mind (his words) waiting to get back on the field and start playing again.