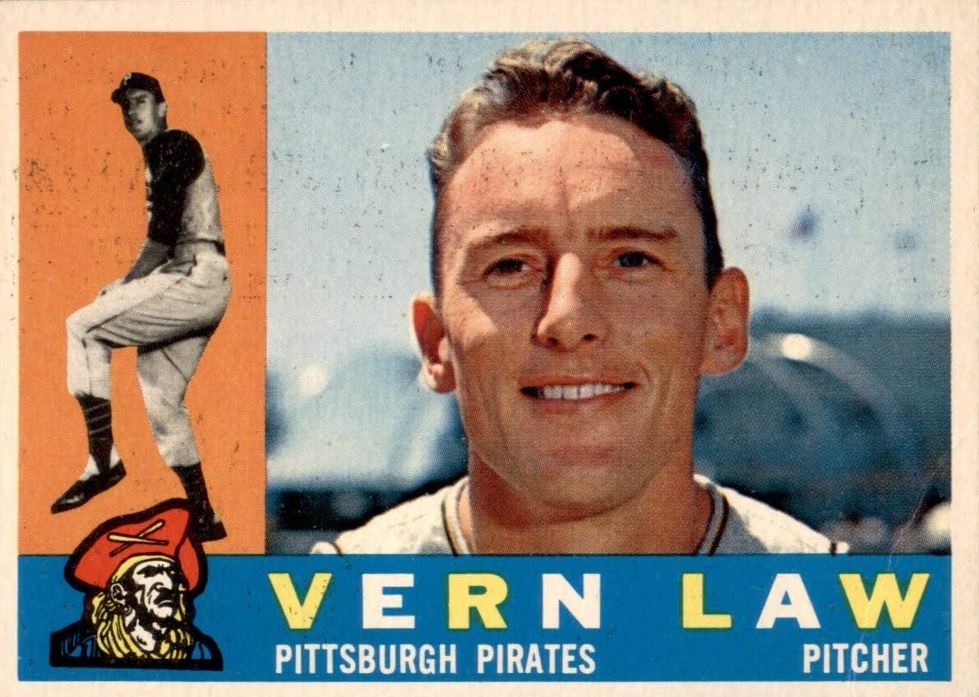 This is our third Game Rewind article, where we look back at a noteworthy game in Pittsburgh Pirates history. The first two Game Rewind articles featured Willie Stargell’s debut and a big game from Al Oliver and the 1971 Pirates. Today we go back to the 1960 season for a special pitching performance.

Up until Doug Drabek had his big season in 1990, Vern Law was the only Cy Young winner for the Pittsburgh Pirates. As of today, those two remain the only Pirates to win the award.

Law went 20-9, 3.08 in 271.2 innings in 1960, helping the Pirates to their fifth World Series appearance and third World Series title. He led the National League with 18 complete games, and struck out 120 batters, which set a career high. Law’s season started off on a high note, which is where we go today for our Game Rewind.

After losing on Opening Day, the Pirates took on the Cincinnati Reds on Thursday, April 14th, at Forbes Field. A nice crowd of 34,064 showed up for the game and saw the Pirates firing on all cylinders. Despite playing just one game prior, this was the home opener for the Pirates. Game one was in Milwaukee two days earlier.

The Pirates got on the board early, scoring in the second inning when Smoky Burgess doubled home Roberto Clemente, who reached on a double. That was followed two batters later by Bill Mazeroski hitting a two-run homer. It was the first home run of the season for the Pirates, hit by the game who would also hit the last home run in 1960.

Pittsburgh broke it open in the fifth inning with six runs. Skinner started the scoring with a single that brought home Don Hoak. Clemente picked up another RBI with a sacrifice fly that scored Groat. That was followed by back-to-back two-run doubles from Gino Cimoli and Mazeroski.

The Pirates weren’t done adding runs. In the sixth, Clemente singled home Groat and Skinner. The two Hall of Famers for the Pirates combined to drive in nine runs in this game, giving the Pirates a 13-0 lead. They were done scoring at this point, while the Reds never started scoring.

Law gave up four base runners in the first six innings, yet he managed to face just one batter over the minimum. Three of those runners were immediately erased on double play grounders.

The Reds threatened in the seventh with two singles to start the inning, but the next three batters couldn’t get the ball out of the infield and Law went to the seventh inning stretch with a shutout.

He worked some more magic in the eighth inning, which started with a Billy Martin double and an infield single by Eddie Kasko. Martin had to stay at second base on the single. Law settled down and got a fly ball to Clemente, a foul out, and a grounder to Mazeroski to end the inning. Martin never moved from second base.

Law retired the side in order in the ninth for the complete game shutout. He threw three shutouts during the 1960 season.