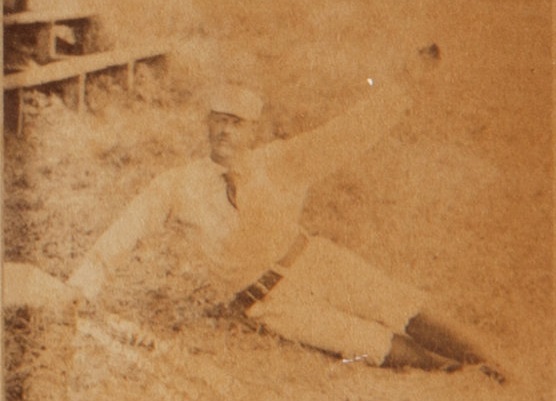 You may hear “since 1887” used as the date for the Pirates (by the Pirates themselves of all people), but the franchise began in 1882 and just changed from one Major League to another after five years. The NL and AA used to play a postseason series to crown a champion because they were the two Major Leagues at the time. The 1886 players, manager, ballpark, owners, uniforms, etc etc were all the same from 1886 to 1887. The St Louis Cardinals, Cincinnati Reds and Los Angeles Dodgers all made that same move over the years of the American Association, where the only thing that changed was the league that they played in. No one says the Milwaukee Brewers were founded in 1998 when they became a National League team. Shoulder shrugging off the first five years of your Major League team like it didn’t happen is just plain ignorant. <end rant…for now>

As I said, the Pittsburgh Alleghenys took the field for the first time in a regular season game 138 years ago today. They played an exhibition series schedule that lasted 24 days, and included first baseman Jake Goodman going 8-for-8 over eight innings and missing two cycles by the second home run, in their first ever game as a team. Someone please remind me on April 7, 2021 to post an article about that game.

The Alleghenys were at Bank Street Grounds in Cincinnati on Opening Day of the American Association, which lasted ten seasons before folding (1882-91). The Red Stockings were considered to be one of the best teams in the league. Among their players were Hall of Fame second baseman Bid McPhee and pitcher Will White, who was an unknown great of the game. He won 229 games, three times winning 40+ games in a season. In 1879, he threw 680 innings and completed all 75 games he started, setting two Major League records that will never be broken. You might know his brother, Deacon White, a Hall of Fame third baseman who played for the Alleghenys in 1889.

With Will White pitching against Jack Leary, who lost his only three big league starts before this Opening Day assignment, Cincinnati was the heavy favorite to win this game in front of approximately 1,500 home fans. The Pittsburgh Alleghenys had other plans.

The Red Stockings took a 2-0 lead early. Pittsburgh came back with four runs in the in the third inning, but quickly lost that lead when Cincinnati put up five runs. The Alleghenys tied it in the fifth, took a two-run lead in the sixth, then added a run in the seventh. The Red Stockings added one in the bottom of the seventh and another in the ninth, but their rally fell short. The Alleghenys won 10-9.

Cincinnati had two runners in scoring position and two outs in the ninth, when a fly ball found the hands of center fielder Charlie Morton for the final out. No, not that Charlie Morton, the original one, and yes, I said “hands”. They weren’t wearing gloves back then. Jack Leary went the distance and picked up his first big league win.

The Pittsburgh Commercial Gazette was covering the new baseball team closely and ran the headline “Pittsburgh Wins: Alleghenys Take the First Ball”. Underneath that was a smaller headline above the story, reading “A Game Won on Its Merits Against One of the Strongest Teams of the Association”.

The best part about the coverage was that the Gazette had it sent special to them from Cincinnati (their own words). Here’s the entire recap from the first ever game in Pittsburgh Pirates franchise history:

The chief characteristic of to-day’s game between the Allegheny club and the Cincinnatis was heavy hitting. The visitors out-fielded the local team and won the contest on their merits.

Not exactly that special, I’d say.

The lineup that day for Pittsburgh was as follows:

The Alleghenys collected 15 hits, including four by Morton and three by Keenan. Swartwood, who was obviously the first batter in franchise history that day, had two hits and also scored the tenth and decisive run for Pittsburgh.

By the way, maybe you saw the photo I used for this article and wondered what the heck was going on in that picture. It’s an 1887 Old Judge card of Ed Swartwood, pictured on Brooklyn (technically the scan I used was a reissued card in 1888 showing that he was now playing in the minors with Hamilton). They tried some outdoor poses with Brooklyn players and for some reason, they put a base over by the stands and had posed pictures that obviously didn’t all go well. This is apparently Swartwood signaling that he is safe at second or third base. I was going to use one of his other poses, but this was too good to pass up. For the same reason, I own the pose/Hamilton card shown in the picture, though the scan isn’t my actual card.

Getting back to the game. There’s an interesting note from that first boxscore which says that Pittsburgh got their first home run from Swartwood. However, the available game recaps made no note of him hitting a homer and the first ever home run in franchise history actually happened in the third inning on May 3rd when George Strief homered off of Will White, who was obviously pitching on consecutive days, even after a ten-run outing. Strief was the only player on the Alleghenys not to get a hit off of White on Opening Day.