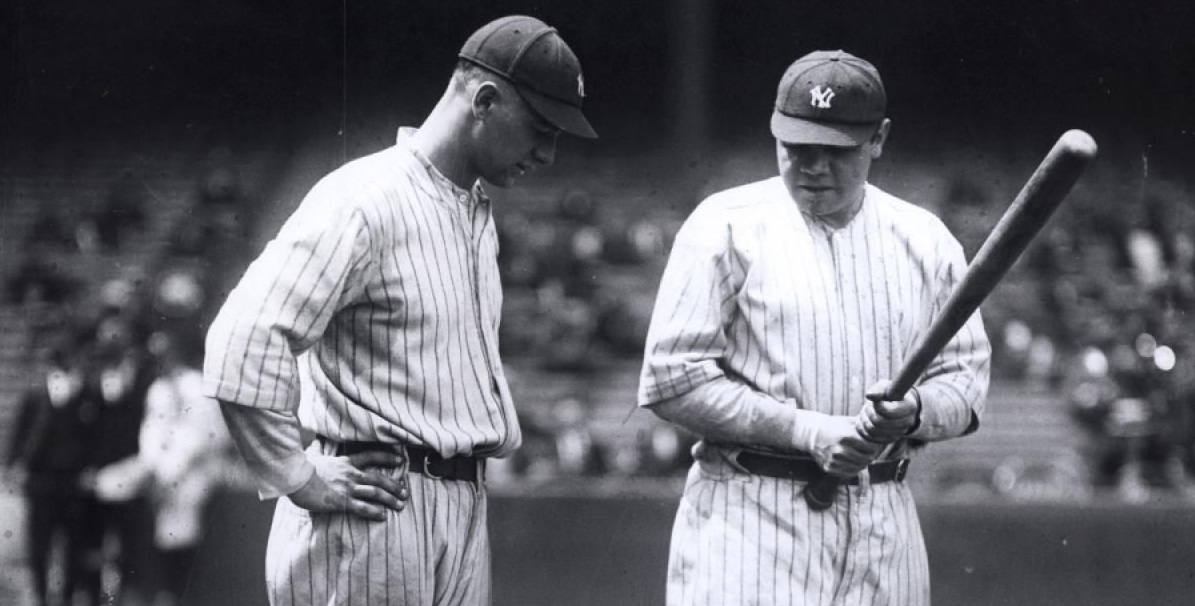 One look at the date in the title and you probably thought it was a mistake. Interleague play didn’t start until 1997 and the World Series in the 1920’s was at the end of the season, just like you would expect. So why were the Pittsburgh Pirates hosting the New York Yankees at Forbes Field during the middle of the 1923 season? That’s a good question, and luckily, I have an answer for you.

The 1923 Yankees had a slugger named Babe Ruth, whose name might ring a bell. Fans in Pittsburgh wanted to see the Bambino play and he visited Pittsburgh five times while with the Yankees for an exhibition game in the middle of the season. I could have picked any of those five games, but the 1923 game has some very interesting game notes.

Ruth was no stranger to Pittsburgh by the time his career ended. He would eventually hit the last three homers of his career at Forbes Field (in one game) while playing for the Boston Braves in 1935. This visit in 1923 was somewhat early in his career and not long after he set a big league record with 59 homers in 1921. He was clearly the big drawing card here, as the Yankees were still months away from their first ever World Series title. Ruth made his first visit to Pittsburgh in 1922 and came up empty in a 5-3 Pirates win.

Since the fans came to see Ruth, the Pirates made sure to leave everyone happy, even at the expense of winning the game for the hometown fans. Ruth was 1-for-2 with a single and two walks, as he stepped to the plate with two outs and his team trailing by two runs in the ninth. The batter ahead of him was walked, giving Ruth the chance to bat again. According to the game reports, Pirates pitcher George Boehler was instructed to groove one down the middle to Ruth. The crazy plan worked and Ruth connected on a ball that sailed over the right field bleachers. He led baseball with 41 homers during the regular season (tied with Cy Williams of the Phillies).

After Ruth homered, Lou Gehrig drew a walk, then Harvey Hendrick hit an inside-the-park homer to straight away center field. That gave the Yankees a 9-7 lead that they would hold on to for the 9-8 win.

There are two interesting notes for the players batting after Ruth. Gehrig at the time had played a total of seven big league innings over four games. He collected his first big league hit on July 7, 1923, but two days earlier at Forbes Field, he hit a double and walked in three trips to the plate. For those who know baseball history, Gehrig came off of the bench in this exhibition game, replacing Wally Pipp at first base.

Hendrick was a rookie in 1923 and he would go on to play 11 seasons in the majors. His first big league homer was officially recorded in late September of 1923, but nearly three months earlier, he homered with the Yankees in a big league park.

In the seventh inning of this game, Pie Traynor was beaned in the head by a curve ball from Yankees hurler Oscar Roettger. Traynor had to leave the game and was replaced by pinch-runner Myrl Brown. There are some interesting notes with this group of players and this particular game.

Traynor was having the best season of his young career in 1923, but it was just his second full season in the majors, so he was far from an established star. He played 153 games in 1923 (154-game schedule), so it appears that he was fine after the beaning.

Myrl Brown was a rookie pitcher for the 1922 Pirates, getting into seven regular season games. Roettger was a rookie for the Yankees in 1923 and he ended up pitching 11.2 innings in his big league career. For Brown, this exhibition game came nine months after his final big league game. For Roettger, it came two days before his official big league debut.

As for the rest of the Pirates action, Traynor was 1-for-2 at the time of the hit-by-pitch. He wasn’t the only future Hall of Famer in the lineup for the Pirates. Shortstop Rabbit Maranville batted lead-off and collected two hits, with a run scored and a stolen base. Center fielder Max Carey had two singles and a walk in three trips to the plate. He scored two runs.

One final note and that’s rookie pitcher Earl Kunz finished this game in right field and collected a hit in his only at-bat. He collected just one big league hit, which happened 12 days after this game.

After winning the 1922 game and losing in 1923, the Pirates would take the advantage with a 2-1 win in 1924. All three games were played at Forbes Field. The next time the Yankees visited Forbes was during the 1927 World Series.