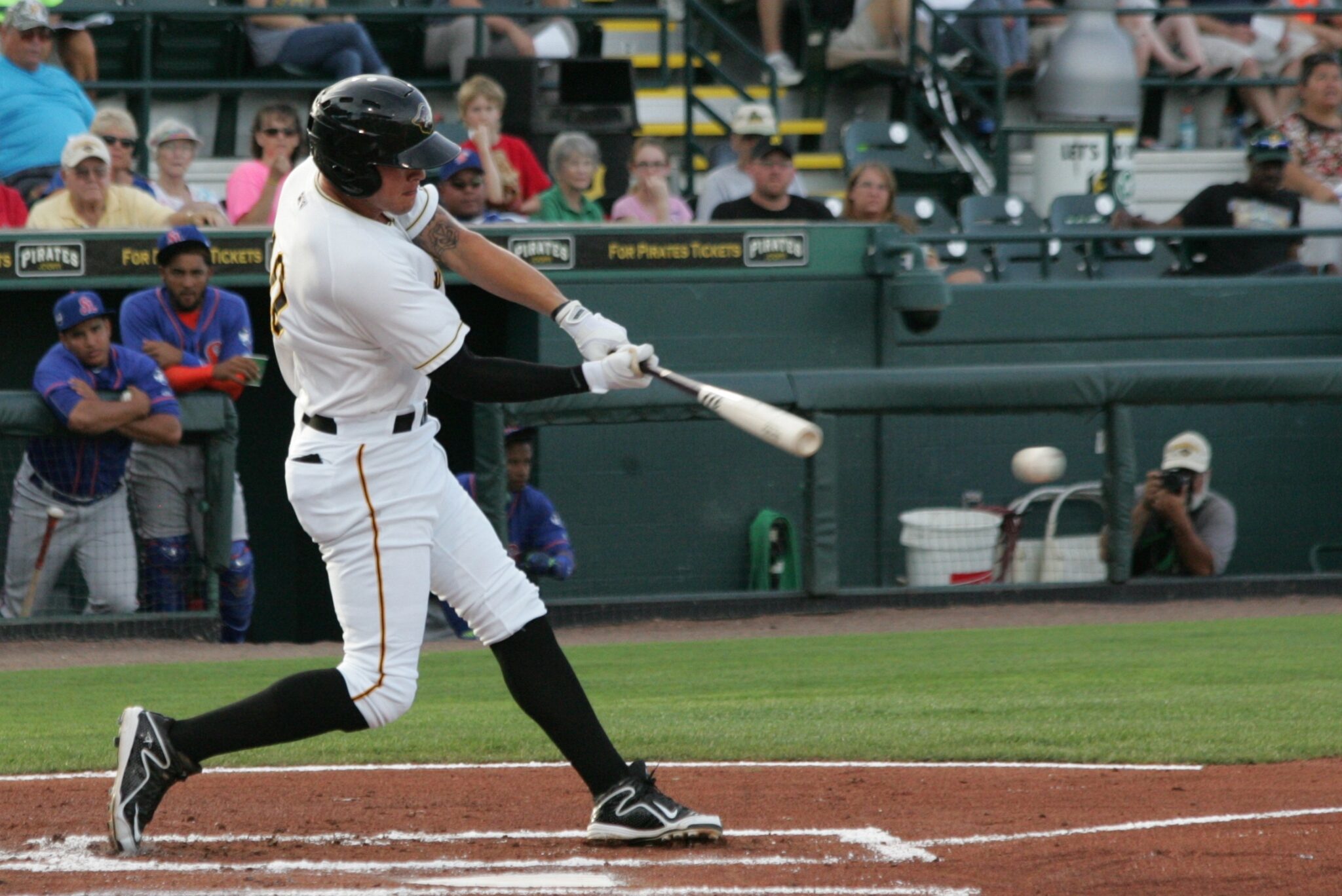 Last month I did an article on the trade history between the Pittsburgh Pirates and the Cleveland Indians. Today we move on the another one of the original eight American League teams, the Detroit Tigers.

For the trade history here, all of the deals below included at least one Major League player and both teams gave up at least one player. That means no players sold to the other team. I should mention some of the players moved in cash purchase deals here because it’s an interesting group of names. Over the last 119 years, Hank Greenberg, Richie Hebner, Roy Face, Luke Walker and Lance Parrish have all been part of a cash trade between these two teams. I should also mention the August 3, 1950 deal of Hank Borowy, who was sold to Detroit for $15,000. Borowy was born on this date in 1916 (read more about him in the First Pitch history section today).

Despite the fact that both teams were Major League clubs from 1901 until now, the first trade involving players from both sides between them happened in June of 1962. The National League and American League didn’t make many trades between each other during the early year of their co-existence, put this is a particularly long time for two teams to wait for their first deal.

That first deal didn’t amount to much. The Pirates sent infielder Coot Veal to the Tigers for minor league pitcher Albert Pehanick. Veal played just one game with the Pirates and 15 games for the Tigers, which ended his big league career. Pehanick never made it to the majors, pitching 11 seasons in the minors.

In took another five years before they made another trade, but then they pulled off deals on back-to-back days. In November of 1967, the Pirates traded pitcher Dennis Ribant to Detroit for pitcher Dave Wickersham. Both pitchers had some decent big league time in already, but neither did much with their new team and both were out of the majors by 1970.

The next day the Pirates sent minor league outfielder Mike Derrick to the Tigers for catcher Chris Cannizzaro. The Pirates got the better player, but they used him sparingly in 1968, then traded him to the San Diego Padres in a regrettable trade. Derrick eventually made the majors in 1970, but didn’t last long.

Five years and one day after the Cannizzaro trade, the Pirates traded outfielder Dick Sharon to the Tigers for young pitchers Norm McRae and Jim Foor. Sharon was a first round pick of the Pirates, who had yet to make his big league debut. It was a trade that had potential upside for both teams, but Foor pitched briefly for the Pirates, while McRae never made it back to the majors. Sharon was a .218 hitter, with 13 homers, over 242 big league games.

Right before the 1973 season started, the Pirates sent catcher Charlie Sands to Detroit for veteran pitcher Chris Zachary. Sands was a backup for two seasons and played sparingly after the deal as well. Zachary was a journeyman reliever, who pitched just six games for the Pirates, which ended up being his final six big league games.

The two clubs made five trades over 11 seasons and none of them amounted to much. They then went 14 years before the next trade. The Pirates sent minor league pitchers Pete Rice and Shawn Holman to the Tigers for veteran outfielder Terry Harper. Holman made it to the majors for ten innings (with 11 walks), while Rice never made it to the show. Harper played 36 games over the final three months of the season and hit .288, but that was the end of his big league career.

The next deal had some name power. Jim Morrison was sent to the Tigers on August 7, 1987, for young outfielder Darnell Coles and pitcher Morris Madden. This was an interesting deal because it happened exactly six weeks after the previous deal and the Pirates were picking up another outfielder.

Madden pitched 19.2 innings over two seasons with the Pirates, then was out of the majors. Coles had a 14-year career in the majors, with his best seasons coming right before and after he left the Pirates. He ended up with a career -1.4 WAR in 945 games. In Pittsburgh, he hit .230, with 11 homers in 108 games. Morrison was the better player in the deal, but the Pirates sold at the right time. He hit poorly after the deal, posting a -0.7 WAR in 109 games before retiring.

Another nine-year drought between deals ended with a pair of relief pitchers going opposite ways. Pirates sent Dan Miceli to Detroit for young Clint Sodowsky. Sodowsky pitched one year for the Pirates in the middle of his five-year career. He did well in Pittsburgh, with a 3.63 ERA in 45 appearances. He did poorly in each of his other five seasons. The Pirates lost him in the 1997 expansion draft. Miceli pitched ten years after the deal, and while he did better than in Pittsburgh, he was basically an average middle reliever, who had some bad/good seasons, which resulted in a 2.2 WAR over his career. Pirates got the short side of this deal, but it wasn’t that bad.

In November of 2002, the Pirates acquired first baseman Randall Simon for two minor league players, Adrian Burnside and Roberto Novoa. Only Novoa made the majors (for three seasons) and his time in Detroit was brief. Simon had decent power and hit for a high average (with low walks). He wasn’t with the Pirates long, getting dealt to the Chicago Cubs in August of 2013. The Pirates were able to re-sign him the following spring, though once again he didn’t last long, getting released in August.

At the 2006 trading deadline, the Pirates sent first baseman Sean Casey to the Tigers for minor league pitcher Brian Rogers. It was a typical low upside Dave Littlefield deal, though he was only giving up two months of Casey when there wasn’t a need for him. Rogers briefly made the majors in 2006 and 2007.

In 2008, the Pirates acquired pitcher Denny Bautista for minor league pitcher Kyle Pearson, who never made the majors. Bautista pitched poorly over two seasons with the Pirates, posting a 5.89 ERA in 49 games.

In 2012, the Pirates acquired pitcher Andy Oliver for minor league catcher Ramon Cabrera. Oliver had high upside, but never came close to reaching his potential. Cabrera played parts of two seasons with the 2015-16 Cincinnati Reds. Unlike Oliver, he reached his upside, but it was still a minor loss for the Pirates and worth the risk.

The last trade between these two clubs was back in 2015 at the trade deadline, when the Pirates gave up young OF/IF JaCoby Jones for veteran reliever Joakim Soria. Jones has a 1.6 WAR over four seasons with the Tigers, while Soria did his job with a 2.03 ERA in 29 appearances, followed by a scoreless inning (with three strikeouts) in the playoffs. Jones is 28 years old and hasn’t reached his upside, but you could say that the deal worked out for both teams because he’s been a serviceable player over the last two years.

This is a lot of words to say that the results from Pirates-Tigers deals have been very boring. No team really won any of the deals. The Pirates could have won the Chris Cannizzaro deal if they used him better as a trade piece (they had a young Manny Sanguillen), but even that would have been a minor victory at best because his best season happened just after the trade.