This Date in Pittsburgh Pirates History: June 24th, Jake Stenzel and a Big Day from Pops 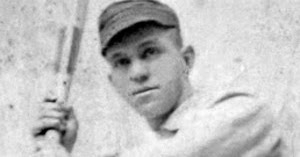 Five former Pittsburgh Pirates players born on this date including the franchise’s all-time leader in batting average. There’s also a game of note from Pops.

Ken Reitz, third baseman for the 1982 Pirates. He was originally a 31st round draft pick, making it to the majors after just three seasons due to his strong glove at third base. Reitz was a decent hitter during his big league career, batting .260 with occasional power. He only won one Gold Glove during his career, but he led the NL in fielding percentage six times over his nine full seasons in the majors. His career .970 fielding percentage is tied for seventh best all-time. Reitz played eight years and 1,100 games in St Louis between 1972 and 1980, spending the 1976 campaign with the Giants, before the Cardinals reacquired him. From St Louis, he moved on to the Cubs for 1981. He was released by the Cubs at the end of Spring Training in 1982. Reitz signed with the Pirates on May 16th, playing seven games over three weeks before he was released. He made two starts at third base and went 0-for-11 at the plate. He played in the minors for the Cardinals in 1983, then after a year off, he spent the next three seasons in the minors, playing his last two years for San Jose of the California League, a single-A team filled with ex-Major League players

Al Gerheauser, pitcher for the 1945-46 Pirates. He was a lefty pitcher who made a career out of pitching during the war years, when many MLB players were serving in the military during WWII. Gerhauser pitched eight seasons in the minors before getting his first shot at the majors with the 1943 Phillies. As a rookie, he went 10-19, 3.60 in 215 innings. He was second on the team in wins and first in innings, as Philadelphia finished in seventh place that year. In 1944, Gerheauser slipped to 8-16 with a team high 4.58 ERA. On March 31, 1945, the Pirates traded outfielder Vince DiMaggio to the Phillies to get Gerheauser. He would be used 14 times as a starter and 18 times in relief during the 1945 season, going 5-10, 3.91 in 140.1 innings. He would be used more in a bullpen role the following season, making just three starts among his 35 outings. He went 2-2, 3.97 in 81.2 innings. Following the season, the Pirates traded him to the Dodgers for infielder Eddie Basinski. Gerheauser spent all of 1947 in the minors before finishing his Major League career with the St Louis Browns the following year. He pitched in the minors until 1953, winning 147 games total over his 15 minor league seasons. His major league record was 25-50.

Rollie Hemsley, catcher for the 1928-31 Pirates. He had a 19-year career in the majors, making the All-Star team five times along the way. Hemsley spent the first three years of his pro career playing for Frederick of the Blue Ridge League, a Class-D team. In 1927, he hit .310 in 98 games, earning a shot with the Pirates for the 1928 season. He played 50 games his rookie season, batting .271 with 18 RBIs. In 1929, he became the platoon catcher with Charlie Hargreaves. Hemsley played 88 games, hitting a solid .289, although that average came with just 11 walks and no homers. He got the majority of the work behind the plate in 1930, catching in 98 of the 104 games he played that year. The following year Eddie Phillips became the regular catcher, leaving Hemsley with very little playing time during the month of May. On May 29, 1931, he was dealt to the Chicago Cubs in exchange for catcher Earl Grace.

Hemsley would go on to bat .262 over 1,593 big league games, driving in 555 runs and scoring 562 times. He was strong defensively and led the league twice in assists, twice in caught stealing percentage and once in fielding percentage. He made his five All-Star appearances over a ten-year stretch from 1935-44, as a member of three different teams. His best season came in 1934 for the St Louis Browns, when he hit a career high .309 with 52 RBIs and threw out 51.9% of attempted base stealers. Hemsley caught in the minors until 1952, and played his last games at age 49 in 1956, when he managed Charlotte of the South Atlantic League.

Kirtley Baker, pitcher for the 1890 Pittsburgh Alleghenys. After pitching for the Quincy Black Birds of the Central Interstate League in 1889, Baker was one of many inexperienced pitchers that the 1890 Pittsburgh Alleghenys put out on the mound, hoping to find a hidden gem. On the way to their franchise worst, 23-113 record that season, he made 21 starts, pitched four other times in relief and he won just three games. No pitcher in franchise history with twenty or more decisions has a worse winning percentage than the .136 mark that Baker put up. His three wins were actually the second most on the team, as Pittsburgh tried twenty different starting pitchers throughout the year. Baker led the team in starts with 21, but his 19 losses were eight more than anyone else. His season did have two highlights though, the first being a shutout over Cleveland on June 18th, followed two weeks later with a shutout against the Giants. His mound opponent during that second game was Hall of Fame pitcher and 300 game winner, Mickey Welch. Baker went on to pitch parts of four other seasons in the majors, with things only getting slightly better, as he went 6-19 the rest of the way. He won over 100 games in the minors, last pitching in 1900 for Springfield of the Eastern League.

Jake Stenzel, outfielder for the 1892-1896 Pirates. He hit well and showed off tremendous speed in the minors but it took six seasons for Stenzel to get his first full-time job in the majors. He made his Major League debut with Chicago in 1890, hitting .268 in 11 games. Two years later he joined the Pirates at the end of the year, getting into three games without a hit. Despite that start with the team, he would go on to finish as the franchise’s all-time leader in batting average. Stenzel came up as a catcher originally and saw some time at the spot in 1893, while mainly playing outfield. He played 60 games that year, hitting .362 with 37 RBIs and 57 runs scored. In 1894, he had his first big season for the Pirates, hitting .352 with 121 RBIs, 150 runs scored and 61 stolen bases. The 150 runs scored is the single season record in franchise history. His stolen base and RBI marks each still rank in the top ten in team history. In 1895, he batted .371, which ranks fifth in team history, trailing seasons by Paul Waner (2), Honus Wagner and Arky Vaughan. Stenzel hit .361 with 57 stolen bases in 1896, his third straight season with 100+ runs, 80+ RBIs, .350+ batting average and 50+ steals. He’s the only player in MLB history to reach all of those marks in the same season four times (1894-97).

The Pirates looked to add defense to their strong hitting for 1897, dealing Stenzel and three other players to the Baltimore Orioles for Steve Brodie and Jim Donnelly. Brodie was an outstanding defensive center fielder, who could also hit, although not as well as Stenzel, who also possessed more speed. The trade was made one year too soon for the Pirates, as Stenzel had a huge 1897 season. He hit .353 with 116 RBIs and 69 stolen bases, while leading the league with 43 doubles. His play quickly dropped off after that season and by the middle of the 1899 campaign, he was out of baseball for good. He retired as a .338 hitter in 768 games. While with the Pirates, he batted .360 in 1,987 plate appearances. His .429 on base percentage is also the highest total in franchise history.

On this date in 1965, the Pirates won 13-3 over the Los Angeles Dodgers, with Willie Stargell hitting three homers and a double, while driving in six runs. The first two homers came against Hall of Famer Don Drysdale. This was the first of four games in his career with three homers. The six RBIs were a career high at the time, one which he topped three years later in his second three-homer game. Roberto Clemente had three hits in the game. Here’s the boxscore.