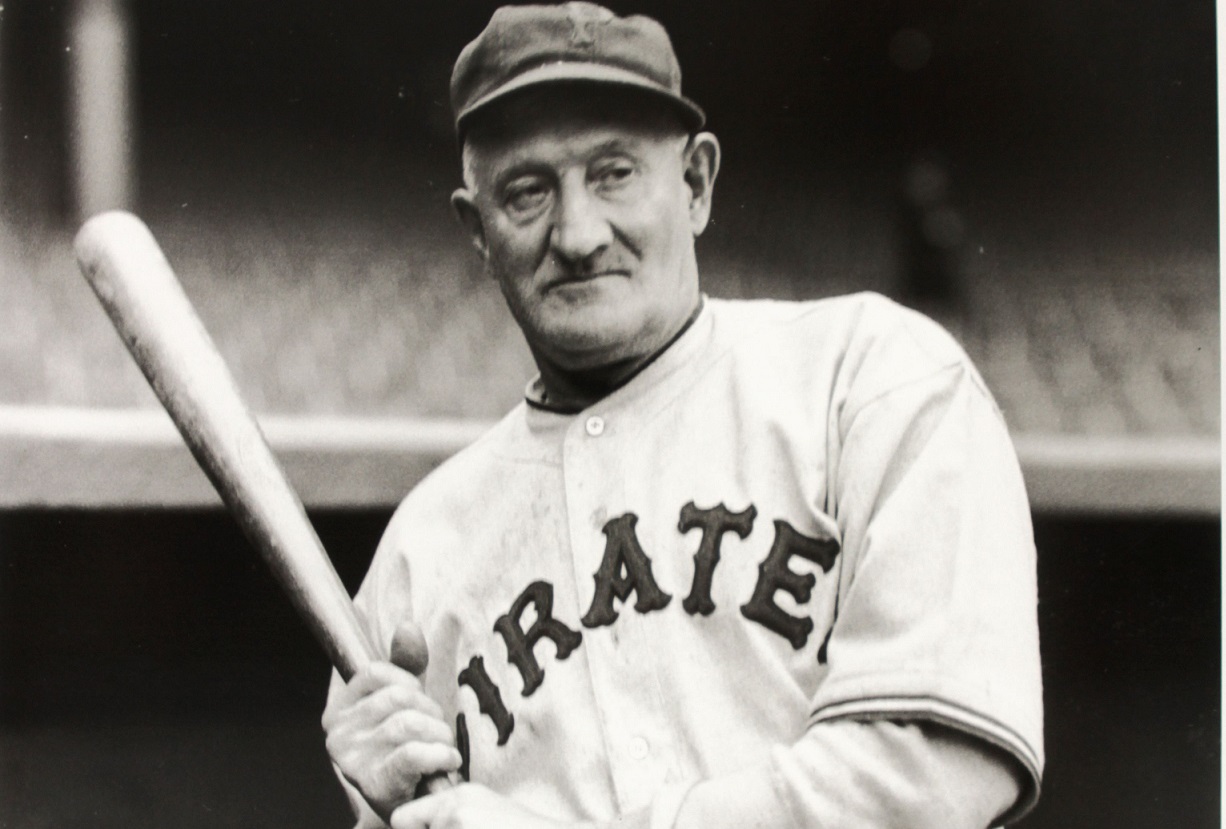 I planned to do a different game for today’s Game Rewind article. I actually saw the featured game while researching something else and decided to use it because of an interesting event at the end.

The 1933 Pittsburgh Pirates were 13-4 when they got to Paterson, NJ on May 7th. The Pirates played in Brooklyn on May 5th, had a rain out on the 6th and the 7th was a scheduled off day on a Sunday. They took that opportunity to play an exhibition game in Paterson, NJ. It wasn’t just a random location either. Paterson was picked because Honus Wagner played minor league ball there in 1896 and 1897. He was coaching the Pirates at the time and they held the game so fans could honor the all-time great.

The Pirates lineup that day was also quite a draw, with Hall of Famers Lloyd Waner, Paul Waner, Freddie Lindstrom and Pie Traynor all starting the game. A crowd of 7,000 filed to park to watch the contest, which was a close battle through most of the game, before the Pirates took a 7-2 lead in the seventh. Paterson added two runs to make it a little closer in the ninth, but the Pirates took home a 7-4 victory.

Paterson did a good job of shutting down the future Hall of Famers. Lindstrom and the Waner brothers each went without a hit. Pie Traynor had two hits, both singles. First baseman Gus Suhr had two doubles and a single. Pep Young went 2-for-2 with a single and a home run. Woody Jensen had two hits, including a double. The Pirates had a total of 15 hits, with five going for extra bases.

That’s all interesting stuff, but not a great reason to feature an exhibition game in our Game Rewind. The reason it is here is because of what happened in the ninth inning. We had an earlier Game Rewind (see Pirates vs Pirates link below) where Honus Wagner batted during a 1933 Spring Training game because the crowd of fans were cheering for him to play. He ended up laying down a sacrifice bunt. I’m sure most would have liked to see him swing the bat, but they were satisfied with seeing the legend at the plate regardless of the outcome.

This game on May 7, 1933 was an event to honor Wagner, so you could guess that he at least made an appearance. That happened in the ninth inning. On this day however, Wagner did a little more than just stroll to the plate for a bunt. He swung away and connected, hitting a double. He was 59 years old at the time. It gets a bit more interesting. Wagner hit that double off of Ralph Birkofer, rookie pitcher for the Pirates. That’s right, Wagner played for Paterson in this game and his hit came against the Pirates, while Paterson was mounting a ninth inning rally that fell short.

Birkofer had just one big league game to his credit at the time. The 24-year-old rookie started and finished this game, pitching well up until that final inning. He struck out 13 batters, but giving up a hit to someone more than twice his age must have sealed his fate (sarcasm in there). Birkofer was optioned to Toronto of the International League immediately after the game. Don’t worry, he returned later in the year and had a nice little run for the Pirates in the mid-30s.

Here’s the boxscore and brief recap.