The Pittsburgh Pirates are in Cleveland to take on the Indians at 7:05 PM tonight. It’s the second exhibition game of the abbreviated Spring Training 2.0, with the final game taking place back in Pittsburgh against the Indians on Wednesday. Tonight’s game is televised on AT&T SportsNet and it will be broadcast on KDKA 93.7 FM and the Pirates Radio Network.

The Pirates lineup for tonight will be:

Jason Mackey is reporting that Ke’Bryan Hayes has tested negative twice for Covid-19 and will rejoin the Pirates soon.

According to a source, Ke'Bryan Hayes (COVID-19) has passed the necessary tests and will rejoin the Pirates soon. 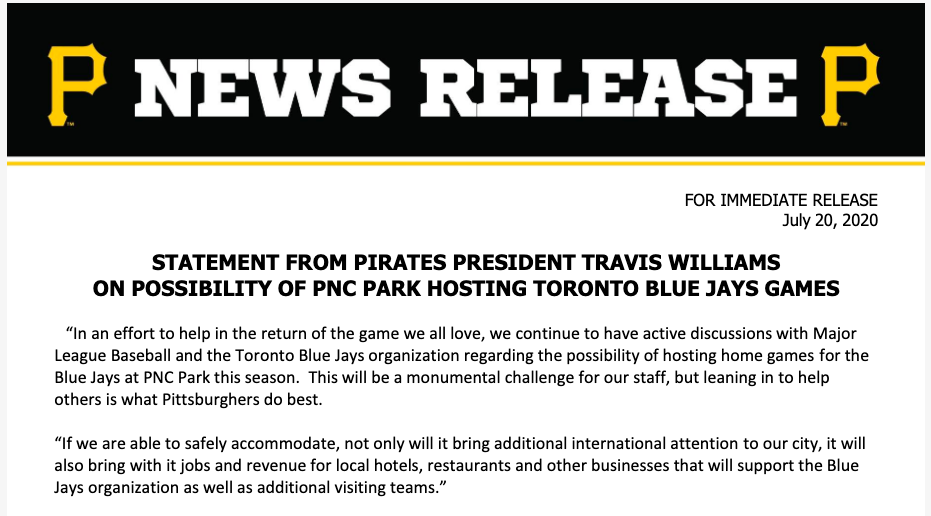