This is a unique article for our Pittsburgh Pirates Memorabilia articles because this particular item was just created. I guess you could call it an instant classic. All of our previous articles (see links at the bottom) have featured older items shared by baseball fans and collectors, with some memorabilia dating back to the 19th century.

We featured the unique artwork of Tim Carroll here before in this article over the winter. He takes old baseball cards with no value (because they were overproduced) and turns them into works of art. The “junk wax” cards, as they are commonly referred to, will never be missed among collectors because of the sheer volume that still exists. Tim turns those “dime a dozen” cards into something with value. Here’s an example of his work, featuring his 1956 Roberto Clemente card 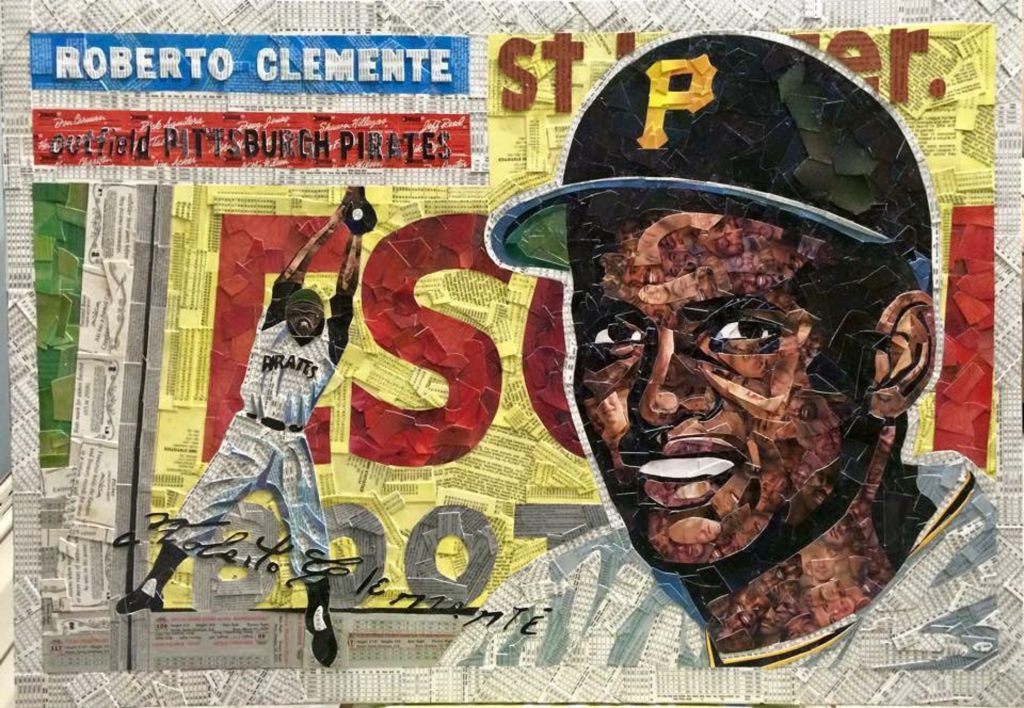 His latest piece is one that I decided to feature here as soon as I saw it a few days ago.

Tim recreated a 1971 Topps Roberto Clemente using cut up cards from 14 different sets, mostly from the late 1980s and early 90s. It’s one of my favorite Clemente cards from his playing days and one that can be worth a small mint if you can find an example in high grade condition because those cards are very condition sensitive due to the black border. To create this 1971 piece, he used approximately 1,800-2,000 cards and it took well 100 hours of work to get it just right. The size of the piece is 20″ x 28″.

Below, Tim describes what is was like working on this piece and the card sets that he used in the artwork. He also notes a change he makes to Clemente cards that I’m sure many people will appreciate hearing. Until he makes a piece featuring Dots Miller, this will probably be my favorite “card” that he has created.

Working this Roberto Clemente card has been a long time coming. It is one of his most aesthetically-pleasing issues because of the photo, and it’s from the 1971 Topps set – which featured a solid black border that has become extremely popular with collectors. I also didn’t have to make any design changes to his name like I do for Clemente cards from 1957-1969…changing the name from Bob (as it appears on the cards) to Roberto. Topps went back to using “Roberto” in 1970 and continued using his given name through his final regular card in 1973. 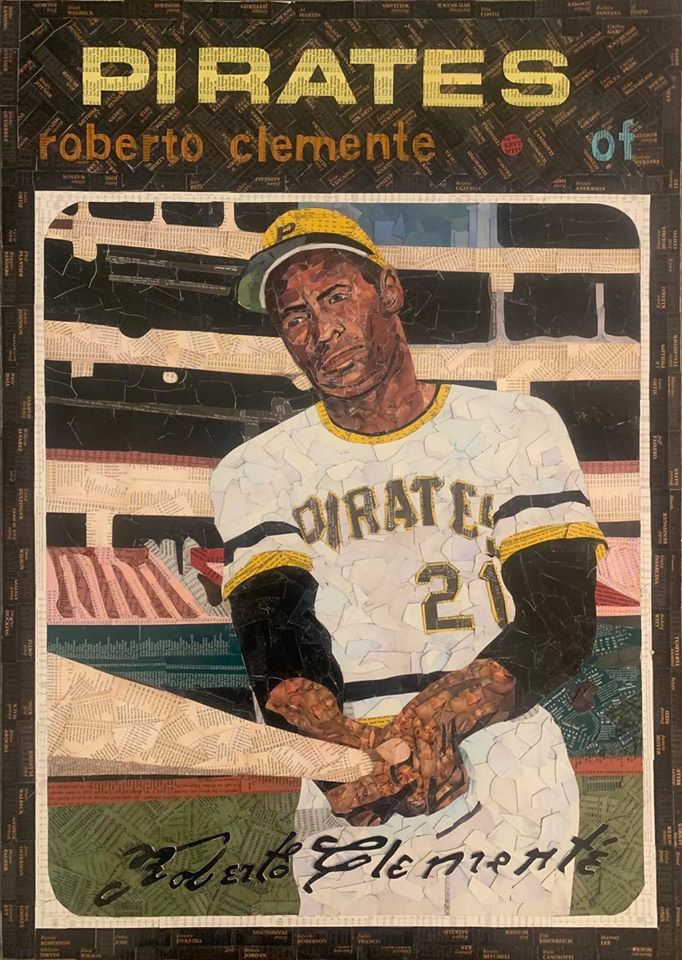 and here’s an example of the original for comparison: 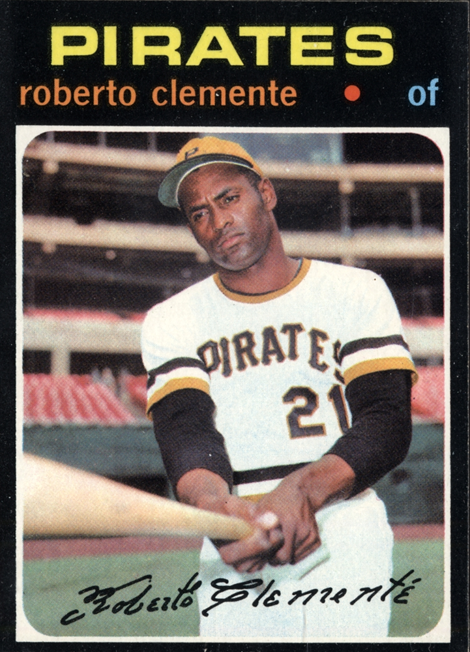