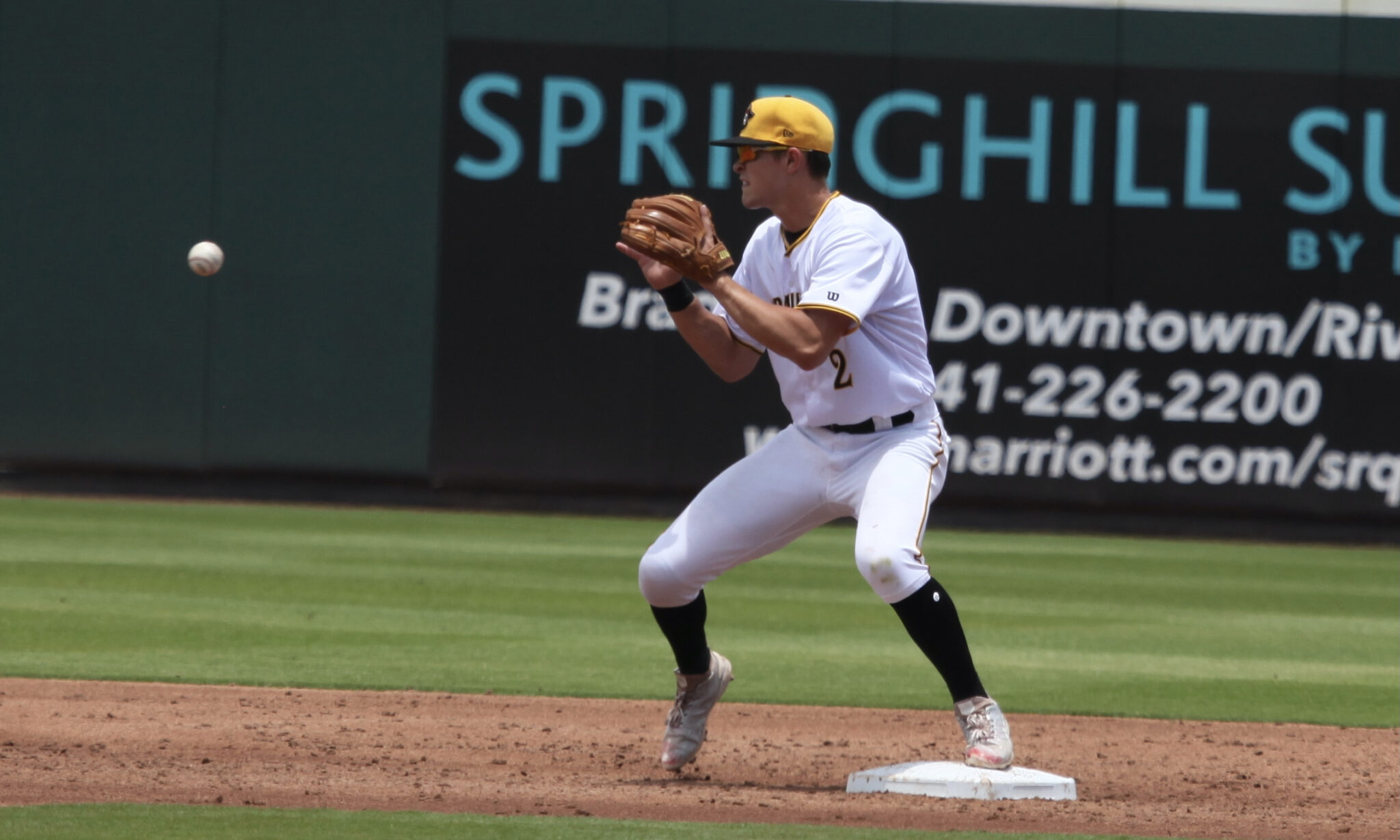 Jase Bowen has played all over the field this year in Bradenton.

Bowen was drafted in the 11th round of the 2019 draft, and was given an over-slot deal to break a commitment to play football at Michigan State. The Pirates took him as an outfielder, but almost immediately moved him into the infield.

This year, Bowen has spent the majority of his time at second base, making 38 starts and appearing in 41 games at the position. He’s also played four games at third, four in center field, two in right field, and 15 in left field.

The early look at his defensive work has been solid enough that Bowen could handle being a Super Utility player, as shown by this play in center field.

Bowen turns on the wheels and lays out for this one 👀 pic.twitter.com/qwjBHlZBpl

“Jase is a phenomenal athlete, and when I say athlete, I mean explosively fast, change directions, generate a lot of force,” Pirates farm director John Baker said. “He was going to Michigan State to play wide receiver. We’ve converted him to the dirt, and that is never an easy move for an organization to make when you’re trying to pick between infield and outfield.”

Baker credits Bown’s defensive work to the work he did with Pirates’ defensive coordinator Jamey Carroll in Spring Training, along with the work he’s done with the Bradenton coaches.

“Where he is on the dirt now, compared to where he was on the dirt when he got to Spring Training – the kid has adapted so fast,” Baker said. “It’s just really impressive to see him learn that quickly. And then come into his own as an offensive player. He’s obviously got a lot of power.”

Bowen’s power comes from a quick bat that finds plenty of barrel right over the plate. He displayed that last weekend, hitting two home runs in Saturday’s game.

Having that type of power potential makes Bowen especially appealing at second base, where he’s got quick, fluid movements, and takes good angles to the ball. The fielding video below is from the 7/31 and 8/1 games. He made an error on a double play ball in the 7/31 game, but followed up with home runs in each of the next two innings. The next night, he converted two double plays on similar grounders, including one unassisted.

A few looks at Bowen fielding at 2B. Video starts with an error from the 7-31 game. He followed that with the two home runs. The rest of the plays are from 8-1, which is closer to how he's looked when I've seen him at other times throughout the year. #Pirates #PiratesProspects pic.twitter.com/EPDx5rBbqQ

Bowen is playing his first full pro season at the age of 20, and inconsistencies have shown up. He started off the season slow, then took off on a tear at the plate for a little over a month. He cooled during the month of July, with a .502 OPS since the start of the month, and an increase in his strikeouts during that time to 36.8%. Bowen finished the month strong with three homers in his final three games.

It’s not difficult to imagine a three-true-outcomes super utility player from Bowen. He’s got the power and a decent ability to get on base. He’ll need to reduce his strikeouts in the upper levels. His athleticism looks like it can play all over the field. The Pirates have a chance to try and develop Bowen into a starting second baseman with power, but if he falls short of that, he’s got enough tools to reach the upper levels, with a chance to reach the big leagues.