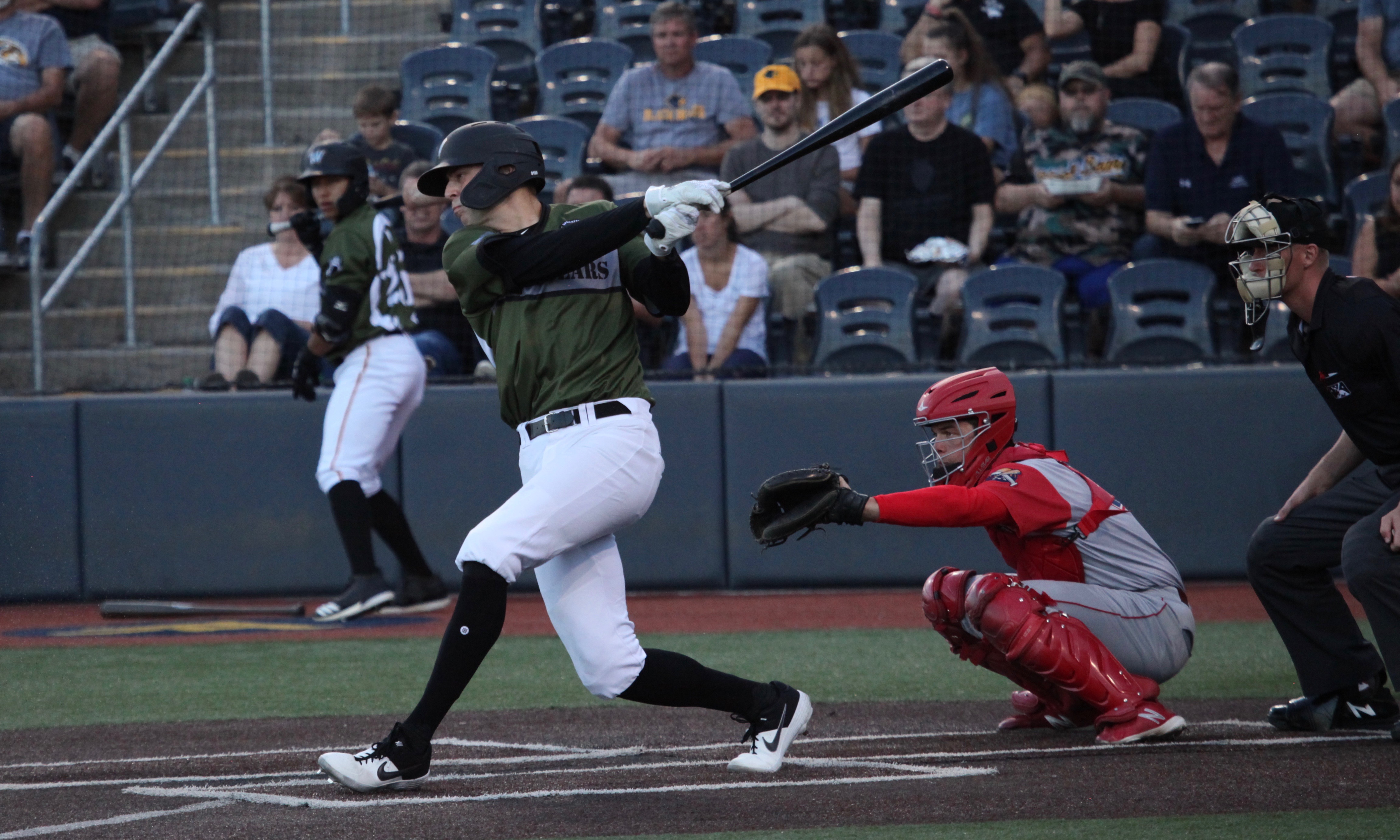 I’m not sure how widespread this craziness is.  To the extent it is widespread, there could be a bunch of factors:  more injuries this year; pitchers getting shut down or limited after the lost season in 2020; a shortage of organizational pitchers, many of whom had to be released in the minor league downsizing.

Anyway, to get back to Greensboro, some of these August outbursts are very encouraging.  Ideally, we can see some guys as taking steps forward that’ll carry them on to the big leagues.  We certainly hope so, anyway.  Then again, there’s bound to be some statistical noise in there.  And the story isn’t so happy for a few guys, as we’ll see.

Nick Gonzales, 2B:  Might as well start here, seeing as how he’s gotten a bit of attention lately.  Gonzales started the year hot, with a .917 OPS in 13 May games before a fractured finger shut him down.  When he got back, he muddled along to the tune of .752 in four June games and .724 in July, with strikeouts in 36% of his ABs.  Then came August and an OPS of 1.176.  We all know about hand and wrist injuries with hitters, so we’ll just hope that’s all that was going on.  And, yes, we all know about the home run tendencies at Greensboro this year.

Liover Peguero, SS:  This one’s actually very similar, just less extreme.  And Peguero has also had some injury problems, mostly in May.  He put up a .944 OPS in eight games that month, then just .766 and .705 in June and July, respectively.  Then .846 in August with an improved walk rate.  Peguero is still just 20 and in high A, and the reports on him were that he needed to get a bit more patient.  So this could just represent progress.

Andres Alvarez, UT:  Alvarez is an organizational utility guy who didn’t hit much as a college draftee in the GCL in 2019 and who wasn’t activated until July.  He had a .622 OPS in July and 1.043 in August.  He could be evidence that the pitching just fell apart in August.

Matt Gorski, OF:  Gorski strikes me as a guy trying to adjust his approach.  He batted .215 in both May and July, with a lot of walks.  In August he got into just 15 games due to injury, but managed to bat .290 while drawing just one walk.  The end results, though, have been extremely consistent, except in June, when he struggled to a .550 OPS.  He had a .769 OPS in May and exactly .786 in both July and August.

Will Matthiessen, 1B/OF:  The Tahr of Pahr appeared overmatched after a late May promotion, putting up a .541 OPS in June with strikeouts in half his ABs.  Then, in July, .782, and in August, .942.  The swing and miss remains alarming, but he got it down to a third of his ABs in August.  And he drove in 32 runs in 23 games.  The book on him when he was drafted was that he needed some swing adjustments and, at 6’7″, maybe it just took time.

There probably isn’t any overarching story available here.  You can work out narratives for individual players pretty easily, but these are all small sample sizes, so that’s dangerous.  It seems clear with some guys.  Shackelford’s pull-everything approach is wearing thin.  Peguero and Triolo really seem to be good hitters who are improving.  It all does show, though, how your opinions about many players can progress over just one season.