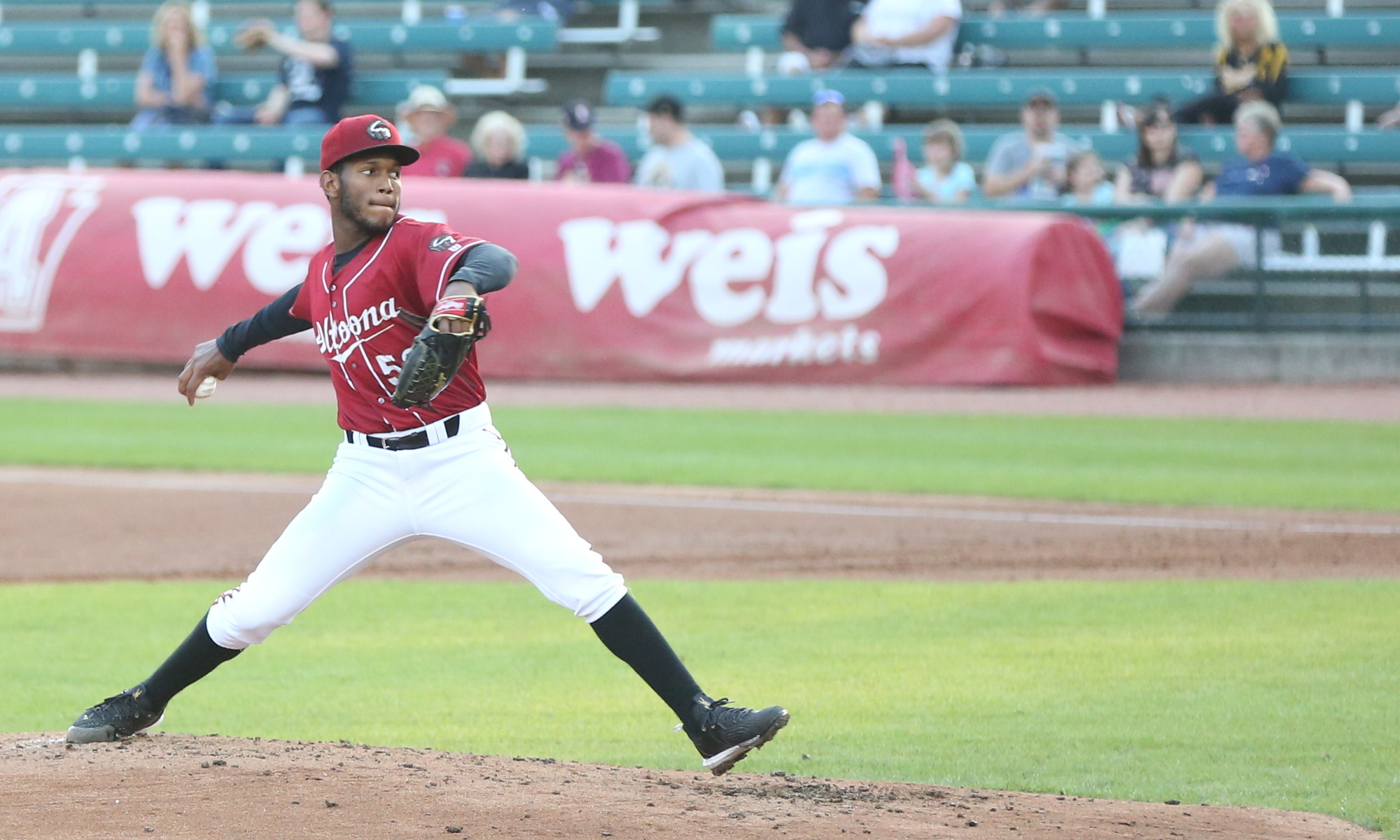 The 4-7 Peoria Javelinas had an afternoon game against the Surprise Saguaros on Wednesday. Nick Gonzales was in the lineup for Peoria and Roansy Contreras made his second start. Michael Burrows came on in relief early in the game, then gave way to Bear Bellomy. All four Pirates pitchers saw action when Carmen Mlodzinski came on in the ninth. Here’s a recap of their afternoon:

Contreras walked the lead-off batter on seven pitches and that batter stole second base. The next hitter flew out to right field, which allowed the runner to move to third. Contreras then threw a wild pitch that allowed the run to score. The next batter (Elijah Dunham, an unsigned 40th round pick of the Pirates in 2019) homered on a 3-2 pitch to make it 2-0. Contreras got the next batter to strike out swinging. The fifth place hitter walked, then he got the final out on a pop out to second base. There were no quick at-bats here and he ended up with 35 pitches in the inning, with 18 going for strikes. The high pitch count for one inning ended his day with two runs on two walks and a homer, with one strikeout.

Burrows has a semi-quick first inning (he came on in the third inning), but it wasn’t a flawless frame. He gave up a single on a ball described as a pop up to shortstop, then got the next batter to hit into a double play on the first pitch. The next batter singled on a six-pitch at-bat, grounding a ball through the right side. One pitch later, Burrows was out of the inning on a line out to right field. He threw 14 pitches, nine strikes. In his second inning of work, he started things off with a ground out to first base. He battled the next batter for seven pitches before getting a called strike three. The next batter reached on an infield single, then Burrows picked up a strikeout swinging on Michael Siani, the brother of Pirates prospect Sammy Siani. That inning took 21 pitches, with 14 going for strikes.

Burrows opened up his third inning with a swinging strikeout. The next batter hit a double, then Burrows issued a walk. Elijah Dunham then showed the Pirates again that they should have signed him by hitting his second home run, this one a three-run shot. Burrows retired the next batter before being replaced by Bear Bellomy. Burrows went 2.2 innings, with five hits, three runs, one walk and three strikeouts.

Bellomy retired the first batter on a line out to end the fifth inning. In the sixth, he got a strikeout and a fly out for two quick outs, then walked the next batter. After a stolen base, Bellomy got a line out to end the inning. He got through 1.1 innings on 25 pitches, with just 11 going for strikes. In the seventh, he started the inning with a grounder to shortstop on his second pitch. Two pitches later he had a fly ball to center field, then on the next pitch he retired Elijah Dunham! Bellomy was done after 2.1 hitless/shutout innings, with one walk and one strikeout.

Mlodzinski got a ground out for the first out. He got a pop out and a line out for a 1-2-3 inning on ten pitches, with seven going for strikes. He has allowed one run in 4.1 innings this fall.

Gonzales walked on four pitches in the first inning, then singled on a line drive to center in the fourth inning. That was the first hit for Peoria. He reached on a hit-by-pitch in the sixth inning. He flew out to right field in the seventh, ending a string of seven straight times reaching base. He finished 1-for-2 with a walk and HBP in the 5-1 loss.

Peoria will be home tomorrow to take on Glendale at 3:35 PM EDT.