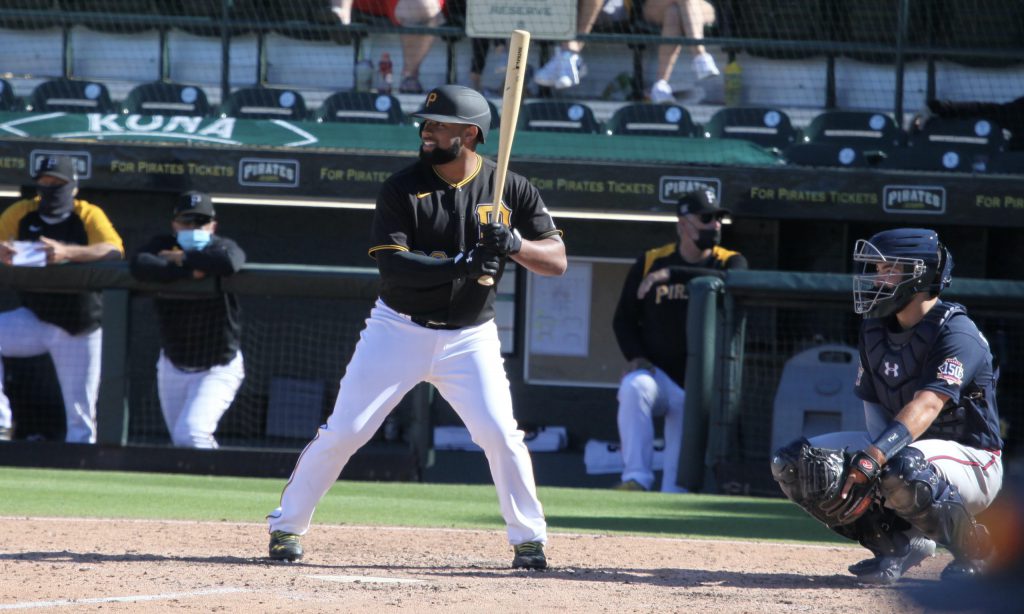 Fraizer isn’t the only option from that list. PNC Park’s left field plays like a second center field, so filling the spot requires someone who could be considered for center, with the ability to hit like a corner outfielder.

Aside from the center field prospects, there are some infielders who could be candidates to move to the outfield. Today, the focus will be on players who are already in the outfield, but outside of that center field mix. As I wrote today over at No Quarter, the Pirates could use one of these guys to step up as a starter, sooner rather than later.

This article is part of a series looking at the future of every position in the Pirates’ farm system. Note that this isn’t a full list of the left field prospects, but instead the top options in the system as of our latest rankings.

The Pirates added Smith-Njigba in the Jameson Taillon trade prior to the season. That trade is already looking great due to the inclusion of Roansy Contreras, who could be a starter for the Pirates by the end of 2022. CSN is another potential starting-caliber player. He dealt with an injury this year, putting him out for an extended period of time. When he was playing, he was getting on base at a very high rate, showing some power potential, and solid defense. He’s a team leader who can sometimes stick up for his teammates a bit too much. He will challenge Matt Fraizer as the top candidate to possibly be the starter in Pittsburgh by the end of 2022.

The Pirates added Suwinski in the Adam Frazier trade at the deadline, giving them two potential starters on this list that have been added via trade in the last year. It’s interesting that their additions have followed a trend of very high-OBP outfielders. CSN and Suwinski both finished with an OBP above .380. Suwinski showed some more in-game power, and will definitely challenge Fraizer and Smith-Njigba for a future starting role. The frame for Suwinski might limit his power production in the majors to about 10-15 a year. If he gets on base at a strong rate, and plays solid defense, he could be an average starter at the corner spot.

Sianni had a very interesting stat line in Bradenton this year. He struck out about 25% of the time, and had a low average due to a .263 BABIP. He also walked 20% of the time and had a .175 ISO, which led to a .766 OPS, despite the low average. He’s got speed on the bases, and can cover a lot of ground in the outfield. The Pirates invested highly in him in 2019, and he fits the trend of the first two guys on this list as a high-OBP guy. Siani was in his age-20 season, and his first full year in pro ball. He left some things to be excited about for 2022, which will probably be spent in Greensboro.

Herman is a shift in gears from the previous guys on this list. He doesn’t get on base at a high rate, and is deterred by a much higher strikeout rate than the previous guys. What he does well is hits for power. He’s got more power potential than anyone previously on this list, with a .240 ISO in Low-A this year. He’s strictly a corner outfielder, and is a bat-first guy. He walked 9.5% of the time in Low-A, but had very poor results in his limited time in High-A. He’ll likely return to that level in 2022, showing if he’s more than a guy crushing easier pitches in the lower levels.

The Pirates drafted and signed White to a $1.5 million deal as the 32nd overall pick in the draft. He profiles better as a center fielder right now, with plus power potential and an above-average arm. The Pirates were aggressive with their young players in their promotions to Low-A this year, and you can expect that they’d send White to Low-A Bradenton in 2022. That will give an exciting look at one of the best young outfield prospects in the system. I’d expect him to play center field for now, though he could be pushed to a corner long-term if he fills out his frame.