Walk With a Big Stick: Stephen Alemais Working On a New Swing Pattern 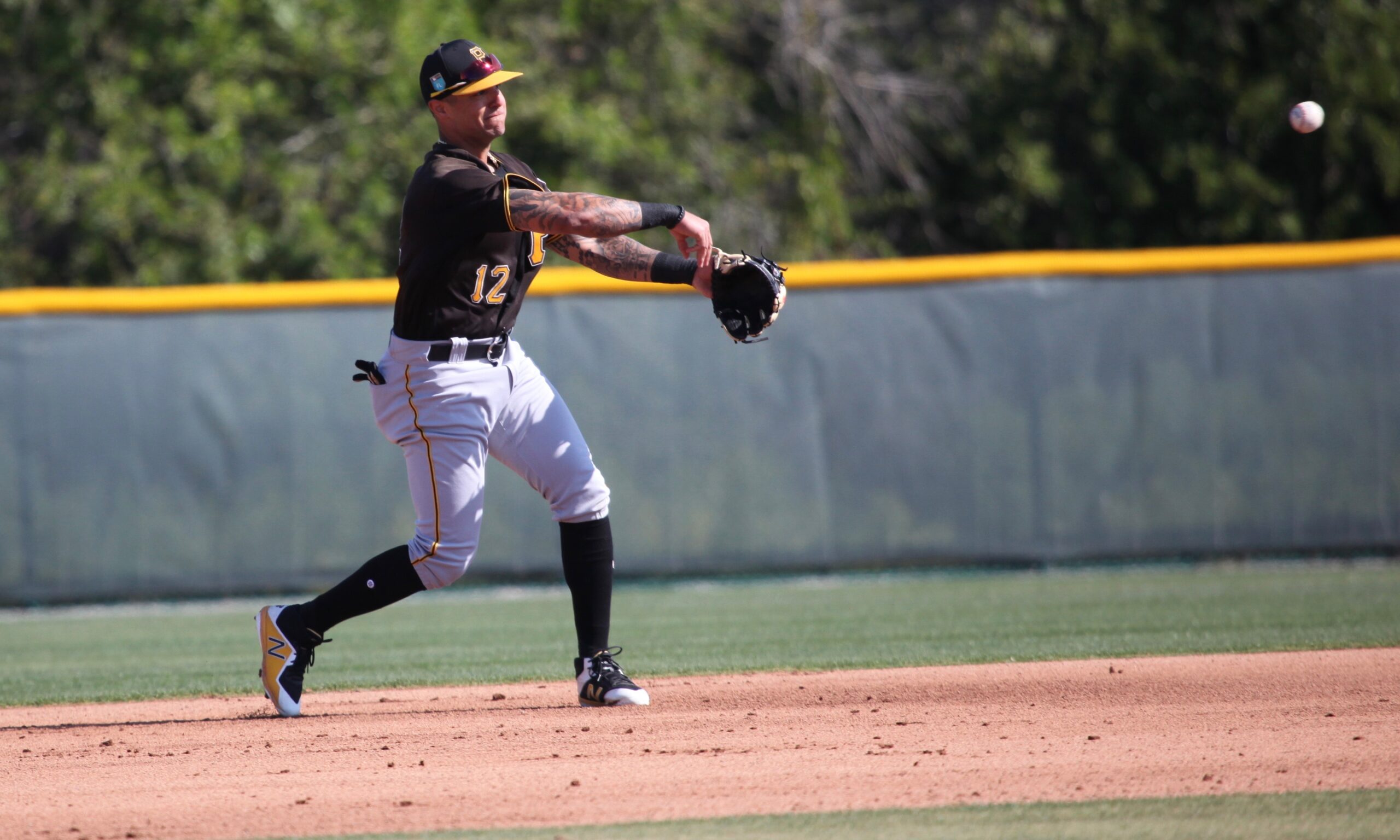 What is it that we love about an underdog?

Is it the potential story that could be told when they succeed?

Is it we see ourselves in them?

Are we reminded of the amazing cartoon dog?

Well, the last one may just be me, but in all seriousness, underdogs will always be a great story and give people hope for the future. Someone who gives me that hope is none other than Stephen Alemais.

Alemais’ story is one of hope, perseverance, and an immeasurable passion. His father played football and basketball, and not many members of his family followed the game of baseball. Alemais found his passion in baseball at a young age.

“It’s something I just picked up as a kid I would always play with a ball,” Alemais said. “My first word was ball, and then my mom would always tell me I wouldn’t put a bat down.”

I truly think if Alemais is healthy, he could provide some very solid defense up the middle, along with some pop in the bat. His health has been an issue, leading to the fact he hasn’t seen a live MiLB game since 2019 due to a right shoulder injury. From what I’ve seen and heard lately on him, something just seems different.

Thank you God for allowing me to keep playing this game🙏🏽🙏🏽 first homerun in years 🤣😂 pic.twitter.com/gm468Isf1J

Alemais has been working frequently with Lance Montano at 5-Tool Development. I spoke with Montano, who discussed the revamped swing from Alemais.

“We’ve been working on his swing pattern,” Montano said. “Before he left for the Dominican Republic, we worked heavily on how over-rotating has caused him to lose power. There has been a ton of work done with his load, hip turn, and not turning his back foot so far.”

Grind SZN never stops for @StephenAlemais. From talking with the guys @5_TPDevelopment I’m even more excited with what Alemais can do in the 22’ season. It’s comeback season baby! Let’s get it!

Montano said that the changes to the swing have allowed it to progress, allowing Alemais to consistently find the barrel.

“If he’s able to get his A+ swing off and not miss, he will be a force for opposing pitchers,” Montano said. “His dedication to revamping his swing has been a long process but has given great results!”

Montano feels that Alemais’ swing is game-ready, and more importantly, noted he’s not facing any health issues. A healthy Alemais could be a fun player to watch in 2022 if he can carry his power into games.