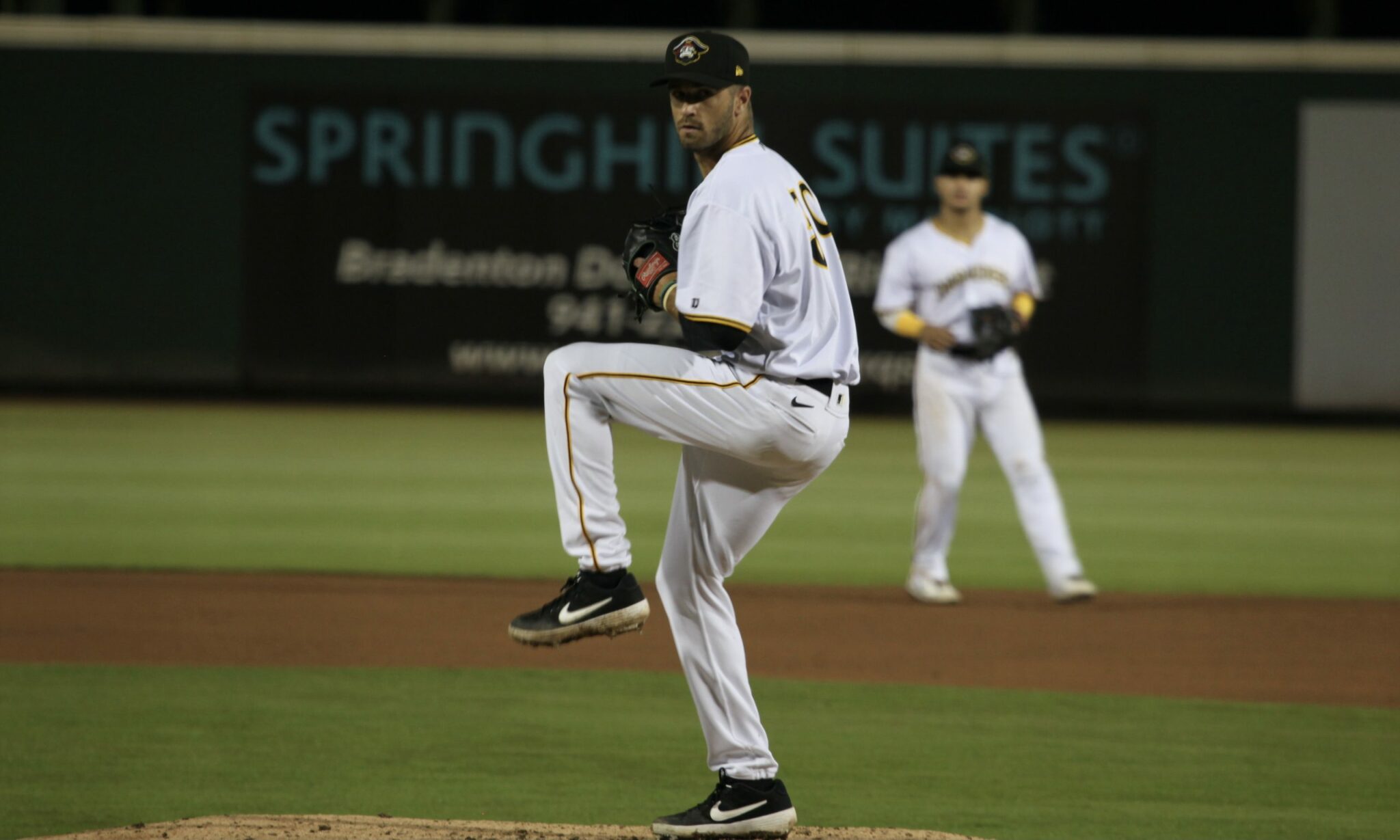 It’s always a dream come true to get drafted into the MLB. For Justin Meis, it was an extra special moment that didn’t quite set in immediately. The product of Eastern Michigan by ways of Bethel Park, Pennsylvania was the Pittsburgh Pirates tenth round pick in their widely successful 2021 draft.

Meis, 22, made an immediate impact coming out of the bullpen for the eventual Low-A Southeast champion Bradenton Marauders, making ten relief appearances in 2021.

While he offers a three-pitch mix, his slider is his go-to pitch, and for obvious reasons in the following clip.

He isn’t afraid to throw the slider at any point in the count, as he can throw it for a strike with ease and use it to finish a batter. To go along with slider, Meis also features a mid-90s fastball and a changeup that has developed more as of late.

With most relievers, two pitches is really all you need since you’re not going to be facing the same hitters multiple times. The fact that Meis can mix in a changeup, especially against lefties, gives him another element opponents have to deal with.

In a rare reversal, Meis was far better against lefties than he was against right-handed hitters (.083 vs LHH, .267 vs RHH). Overall, he held lefties to an .083 average to go along with a 0.55 WHIP while striking out 17.49 batters per nine innings.

Working on some more clips. We know about Justin Meis' slider and its effectiveness (more on that later). But his changeup was sneaky good as well. Allowed him to dominant lefties (.083 avg, 0.55 WHIP, 17.49 K/9 vs LH). Here's a small snippet of it in action. pic.twitter.com/P5UPE0yfJO

This also makes things a little more interesting when looking ahead to 2022. Since he does have three pitches to work with, it will give the Pirates the flexibility to use him as a starter if they so choose. From a developmental standpoint, having him in the rotation would allow him to see more opportunities to improve.

The Pirates could keep him in the bullpen, especially since he possesses one of the better sliders in the system. He has also proven effective with people on-base, with opponent’s hitting just .176 with runners in scoring position.

Staying in the bullpen could also allow Meis to advance quickly through the system, potentially playing at multiple levels in 2022.

The impact of the 2021 draft is still a few years away from making its way to Pittsburgh and while Meis may not be the first name you think of from that particular class, he’s certainly made the right kind of first impression that could put him on the path to PNC Park someday.