The Forgotten Prospect: Cody Bolton Set For A 2022 Revenge Tour

The Pirates have quite a few prospects with high upside potential, especially regarding the pitching side of things. When you mention pitching prospects for the Pirates, you may think Quinn Priester, Roansy Contreras, and other top ten candidates. Someone who has been lost in the shuffle is the 6′ 3″ 230 pound California native Cody Bolton.

To be fair, Bolton has been lost in the shuffle due to an unfortunate injury to his right knee, killing his hopes for 2021. In an interview I conducted with Bolton back in 2020, he gave me his three-year plan.

Reading that quote gives me a weird melancholy feeling knowing that an injury would completely derail that three-year plan. Even though the plan may be soiled, Bolton recently gave me an update on his health and his feelings going into the 2022 season.

“It’s been a long year of rehab surrounding my knee surgery, but it’s been really well,” Bolton said of his recovery. “Knee is doing a lot better, still building up strength but should be good to go for spring.”

Bolton then elaborated on the overall feel his body gave him, along with how his arm had progressed during the rehab process.

“The arm is feeling great overall and my body is in its best shape it’s been for a long time,” Bolton said. “[I’m] feeling stronger yet slimmer than I have in the past and super excited about what this year brings.”

Below are two recent videos on Bolton’s progress throwing.

This is going to be a big year for Bolton. Hopefully the rehab gives him what he needs to get over! pic.twitter.com/lypUH2iZQx

Since Bolton hasn’t pitched since 2019, it wouldn’t be a shock if he started in Altoona. There had been talks to a move to the bullpen before the injury, so it would seem even more prudent to move him to the pen in 2022 to control innings and scenarios.

The Pirates Are Implementing an Individualized and Collaborative Player Development System

The Players Are Driving the Bus, But the Pirates Development Coaches Are the GPS

Looking Ahead at the Pirates’ 2022 System: Bradenton Marauders

The Forgotten Prospect: Cody Bolton Set For A 2022 Revenge Tour

Electric Jared Jones Ahead Of The Curve In Debut Season 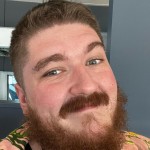