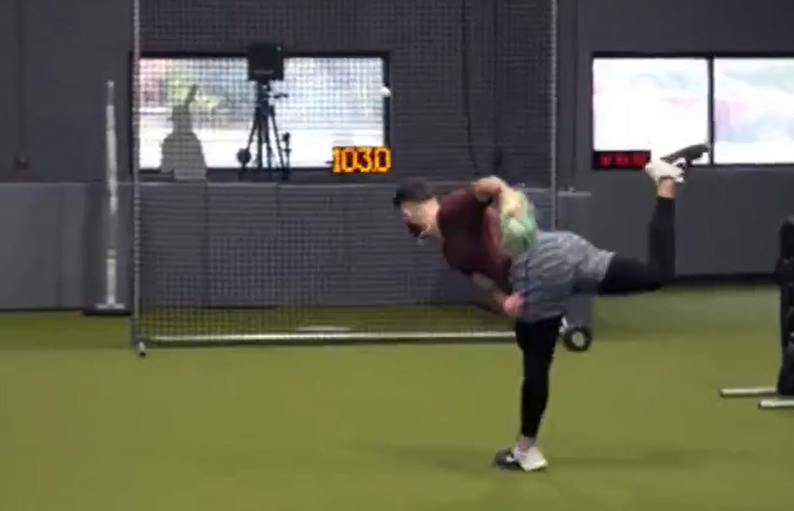 Colin Selby was making great progress in the Pittsburgh Pirates’ system, but then came 2020.

The 2018 16th rounder’s year wasn’t sidetracked for the same reason as everyone else. It was Tommy John surgery that did him in, occurring right before the Spring Training shutdown, coming after a 2019 season where he showed increased velocity and solid numbers in Low-A.

Selby got off to a slow start in his move to High-A in 2021, though it’s important to remember that due to the timing of his surgery, he was basically doing rehab work at a level higher than his previous best experience. That’s not something you see often. Selby attributed the slow start on things not clicking.

“In the beginning, something just wasn’t clicking,” Selby said. “Matt Ford, Tyler Saundry, Kieran Mattison, really everyone was helping me out just to find something to make it click. I remember Kieran brought me in with bases loaded with two outs in a close game to give me a different look. I think that was around the halfway point in the season and that was the turning point in the season for me. I started to feel like myself again and was able to finish the year strong.”

His improvements weren’t just confidence based results. Late in the year, his fastball touched 100 MPH for the first time. He also started throwing a slider mid-season to go along with his curve. The improvements to his pitch mix don’t stop there. Selby has a new version of an old pitch in the works, trying something new to help his least effective pitch.

” I was thinking about just getting rid of the changeup completely,” Selby said. “After talking to some of the guys in the organization we decided to switch it to a two-seam changeup to get some more depth/movement out of it.”

He’s been training hard this off-season at Tread Athletics, where they are getting a lot of attention this winter for the videos of Mitch Keller. Selby had his own video that got some attention, showing him throw 103 MPH, with a few steps/running start.

What matters is the transferability (or lack thereof) to the mound.

Can someone explain how running 100 feet and falling on your face is better than 1-3 steps and properly sequencing that energy through the arm?🤔 pic.twitter.com/0xKj8KWftW

Selby was working in relief last year, going as long as three innings in a handful of games. It made sense to limit his mound time as he recovered from Tommy John surgery. We will see how the Pirates decided to handle him this year. He should be at Altoona to begin the season, but a full season of starter innings after going 59.2 innings last year might be too big of a jump over one season. He’s going to be working with the four-pitch mix of a starter though, so it might be best to see what he can do in the bigger role. He had success as a starter in 2019, and he appears to be in a better spot now that he’s two years removed from surgery.