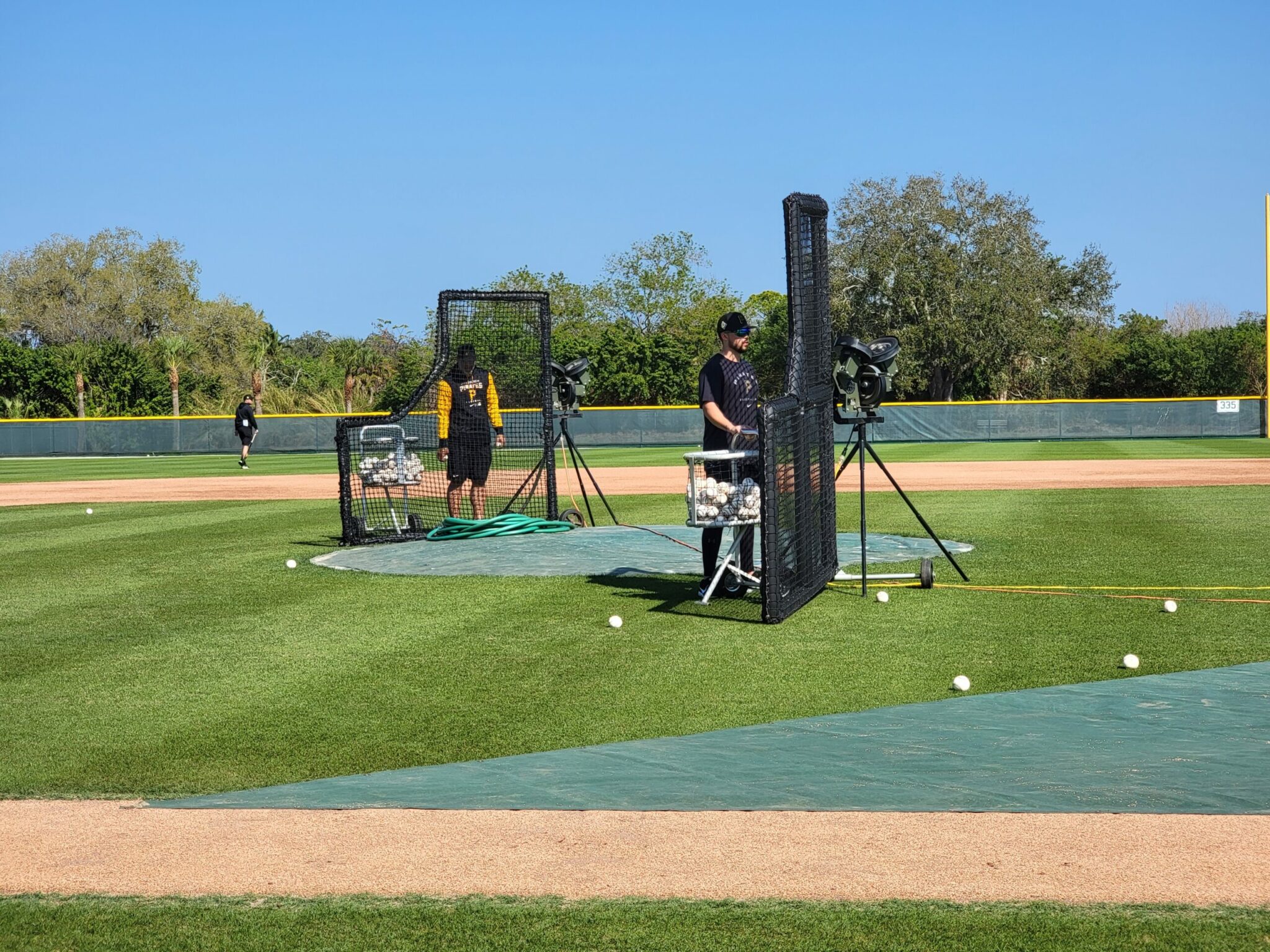 The Pittsburgh Pirates are incorporating “implicit training environments” all throughout their minor league player development system.

That brought a new look to the field this week during batting practice.

The Pirates set up two different pitching machines on each mound. One was closer to the plate, aimed to simulate a fastball. The other was further back, set to spin, and meant to simulate offspeed pitches.

Here is a video of Pirates first base prospect Mason Martin taking swings off both machines.

From Monday, here's Mason Martin taking batting practice off the alternating pitching machines. The close one is set to fastballs. The far one is set to spin for offspeed. The #Pirates are using this as an implicit training environment to better stimulate game action. pic.twitter.com/4rOu6zdLC7

The drills are part of an implicit training environment that Pirates farm director John Baker has instilled. I spoke with Baker about this last year.

This particular drill with the pitching machines gives hitters experience at seeing alternating speeds during practice, along with alternating release points, This all gives them training to work on their visual perception, so that they can better react to those “less than 150 millisecond” pitches.

“What we are trying to do in our organization is we are selling out to different training measures and different constraints,” said Pirates hitting coordinator Jonny Tucker. “We are doing things with vision. We are challenging our players that the cage is going to be looking somewhat similar to what the field environment is going to require.”

The Pirates are removing what Tucker described as feel-good practices. Baker has discussed with me in the past about how a perfect practice is a 60% success rate, as that drives improvement. Across the board, the feeling is that if a player is having an easy practice, showing success 100% of the time, the environment isn’t leading to any learning opportunities.

“It’s more like a game,” said Martin. “I’m not going to get a fastball down the middle every time. I wish I could. That would be nice. But it doesn’t always work that way.”

Here are some other batting practice videos off the same machines:

Here's an extended video from Monday of #Pirates 2021 third round pick Bubba Chandler taking batting practice. Chandler is being developed as a RHP/SS. pic.twitter.com/Sqpfz9jb4m