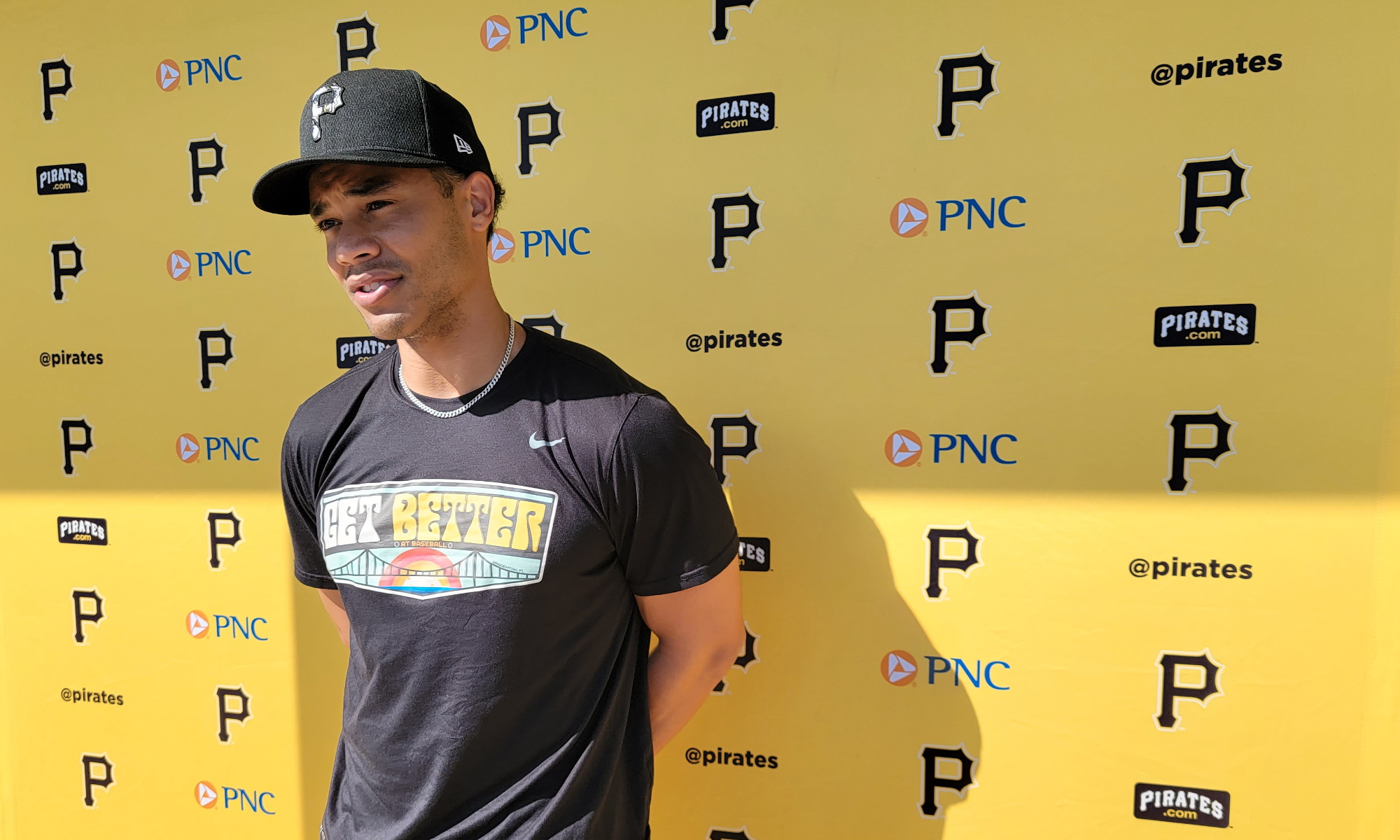 BRADENTON, Fla. – Cal Mitchell set a goal prior to the 2021 season.

“I told myself before the year that I wasn’t going to strike out as much,” said Mitchell.

The Pirates outfield prospect struck out 28.8% of the time in 2019, and dropped that to 16.9% in 2021. He made the improvement through various adjustments, like better training his eyes, and setting his body up in a position to wait longer on pitches.

This year, Mitchell’s goal is to get extended to balls more often at the plate.

“I think I took my singles a little more than I needed to, where I could have given a bigger chance on some swings during the year that I’m looking to do this year,” said Mitchell.

While the strikeout rate was reduced, Mitchell didn’t see an increase in power, and saw his walk rate continue to decline. In order to reach the majors as a corner outfielder, he will at least need more power production.

Mitchell has been working with the Pirates alternating pitching machines during batting practice, aimed to lead to quicker decisions. He’s also found success with the occlusion goggles.

“The occlusion training that we did, as much of a hassle as it was to try to get done, it was very beneficial for what I was trying to do, is to get better at recognizing pitches earlier,” said Mitchell.

The Pirates left Mitchell unprotected from the Rule 5 draft, which may or may not take place due to the MLB lockout. His power potential and contact ability make him an interesting candidate for another team looking for outfield help.

“Anybody wants to be protected under the 40-man. It shows some confidence from your team in you,” said Mitchell. “Teams make decisions for all kinds of reasons, I can’t pretend to know every single one of them. Yeah, I would have rather been protected than not. I’m going to play as well as I can, and if I make it to the league with the Pirates, then all good, and if it’s not with the Pirates, then all the same.”

The Pirates added several outfield prospects around Mitchell in the last year, including Canaan Smith-Njigba and Jack Suwinski, who were both added to the 40-man roster, along with 2018 first round pick Travis Swaggerty. Mitchell isn’t worried about the competition, even if the Pirates have prioritized three other outfielders over him.

“To try to pretend that there aren’t other good players who play my position in the system would be silly,” said Mitchell. “That doesn’t matter to me if they’re good or not. I know what I can do, and I know what I’m working towards. Eventually, I’ll get to where I want to be, regardless.”