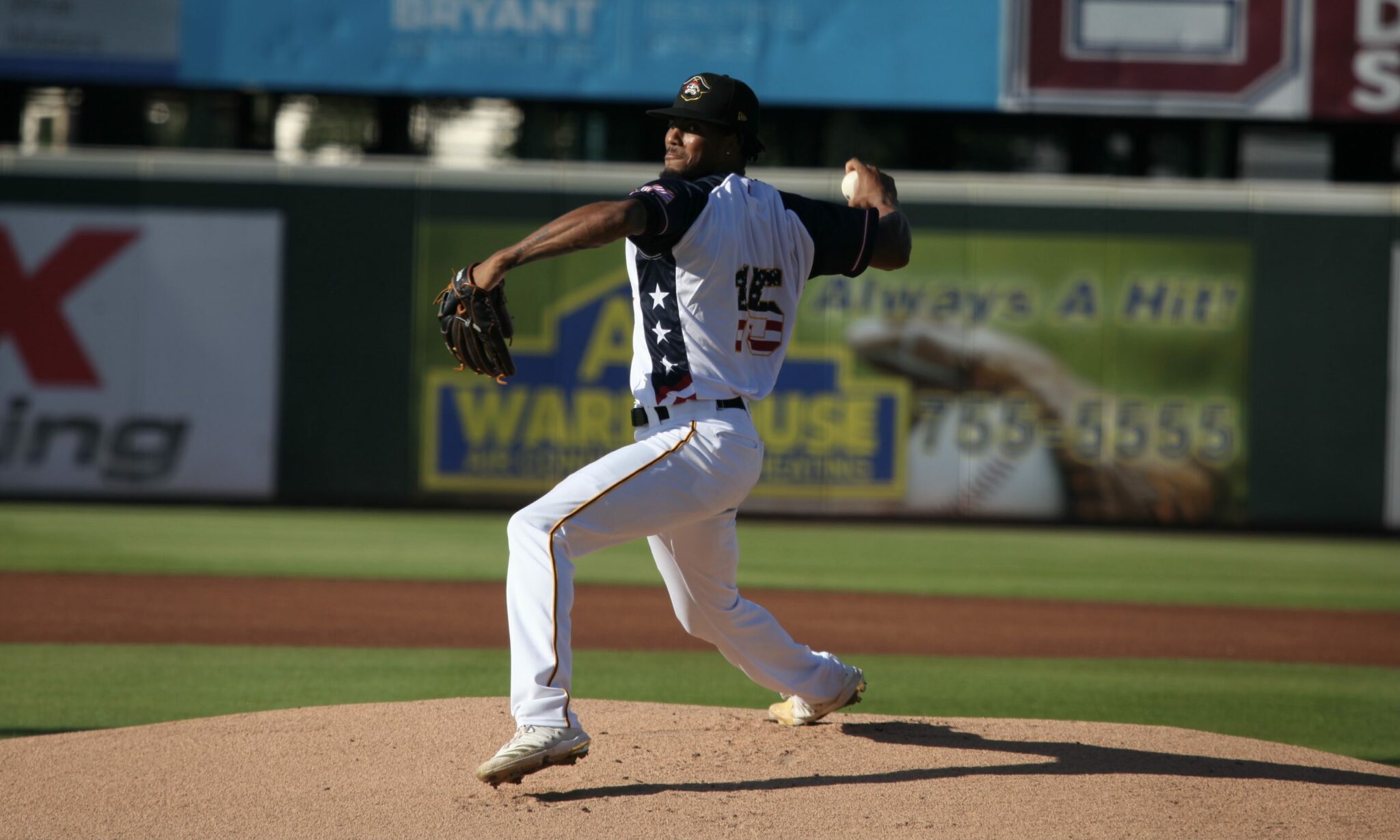 BRADENTON, Fla. – The Pirates added a project in the fourth round of the 2019 draft.

J.C. Flowers was always an athlete. He played wide receiver in high school. He went to Florida State to play baseball, where he was a two-way player, playing center field and eventually becoming the team’s closer in his junior season.

The Pirates drafted him as a pitcher, and have gradually been transitioning him to a starting role. In 2021, he spent most of the season in the High-A Greensboro rotation, where he had a 4.23 ERA in 61.2 innings, with a 69:22 K/BB ratio. Flowers may have been impacted by the high offense environment in Greensboro, where a few bad outings at home really sunk his numbers.

Flowers said that the biggest adjustment with the switch to pitching full time was the mental approach, and knowing what to do with all of his time.

“I think the biggest step for me is there’s so much downtime between starts, and I was used to playing every day,” said Flowers. “So, just trying to find a consistent routine, that was the main thing for sure.”

Flowers has been pitching since he was 13-14 years old, but wasn’t challenged with the role until becoming Florida State’s closer. The move to the rotation offers a new challenge.

“The mental wear and tear that pitching actually offers,” said Flowers of the challenges of being a starter. “You’re locked in for five or six innings, and you’re facing a lot of talent, one-through-nine. Just trying to get through that.”

Flowers has been focusing on improving his command, working off his four pitch mix of a four-seam fastball, two-seam fastball, slider, and changeup. The slider was his out pitch, leading to a solid strikeout ratio. The offspeed stuff has been a focus for him since the end of last season.

“That’s what I’ve been working on this offseason, trying to hone in on that and land those for strikes,” said Flowers.

Flowers will likely head to Altoona in 2022, spending his age-24 season getting additional work as a starter. He could make the majors in a relief role with his fastball/slider combo. However, the Pirates have space open for him in that upcoming Altoona rotation, and can afford to continue developing a highly talented athlete as a starter for as long as possible.

Keep pounding that table for Bae, Ted. Hopefully one day…