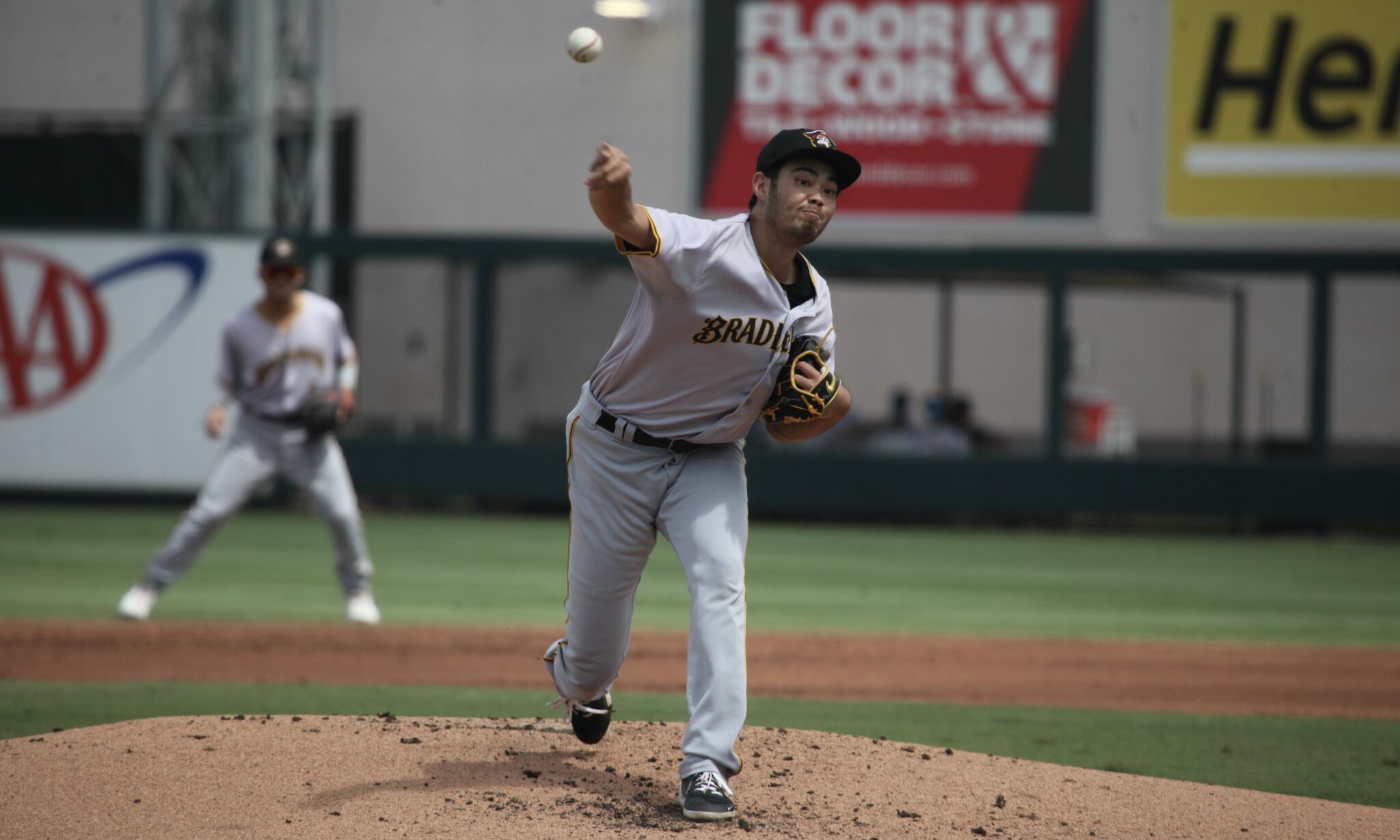 The Pittsburgh Pirates haven never been shy about dipping into the international market when it comes to sign their prospects, and Po-Yu Chen was no exception either.

Based out of Taiwan, Chen signed with the Pirates for $1.25 million, making his North American debut in 2021. The righty didn’t play much, making only 10 starts split between the Florida Complex League and Low-A Bradenton, but it was enough to generate some hype going into 2022.

The main reason behind the hype to Chen revolves around the control, as he didn’t walk a single batter in 26 FCL innings pitched. It was a different story once he hit Bradenton as he had a hard time finding that same command.

Whether it was him picking too hard at the strike zone, or struggling adjusting to the automated strike zone, Chen walked nearly seven batters per nine innings pitched (6.75 BB/9), while posting a 5.63 ERA in four starts as a Marauder.

So, what kind of pitcher is Chen? Does he favor more the control artist that didn’t walk a guy in the FCL? Or is the control going to be something of concern going forward, especially if the automated strike zone is implemented across the minors, and eventually the majors?

It’s probably somewhere in between the two, as both were incredibly small sample sizes and Chen is, in fact, just 20-years-old and will remain so through the entirety of the 2022 season.

Just one of his four starts were live streamed by MiLB TV, so we didn’t get to see too much of Chen but the one we did was an overall mixed bag.

We saw the control issues, with Chen issuing five free passes in just 2 1/3 innings pitched. There was also a lot to like, with six of the seven outs he recorded coming by way of strikeout.

Chen doesn’t have an overpowering fastball, at least he didn’t show one while in Bradenton, there were some reports of him hitting the lower-90s but sat anywhere from 85-90 MPH against Tampa.

Even though it isn’t the most overpowering fastball, at his best he uses it with pin-point location lower in the zone and to set up his best pitch, the splitter.

Here’s a video of the fastballs and splitters he used in his start on September 5th against the Tampa Tarpons.

He doesn’t throw the splitter much in that clip, but one instance that was effective was during the at-bat that started about 1:34 in against Evan Alexander. Chen set up a couple of fastballs on the outer half to get ahead of the count, before throwing a 2-2 splitter to get the strikeout and out of the inning.

Chen appears to throw two different breaking balls, rounding out a four pitch-mix. The first is a curveball that has more of a traditional 12-to-6 break to it, while the other is a big loopy slurvy pitch.

One thing that really stuck out in that clip, and not immediately for the best of reasons, was the home run he allowed to Jasson Dominguez. While giving up a two-run home run wasn’t ideal, Dominguez went well out of the zone to chase that breaking ball and golfed it out of the park for the home run.

Chen executed, and didn’t give him a strike to hit, Dominguez just showed a flash of why he is such a highly regarded hitting prospect.

Before Dominguez hit that home run in his second at-bat, Chen was able to get the better of him in their first matchup. Chen was able to use both sides of the plate, using the inner half to set up some whiffs on the outer.

Later facing Anthony Garcia, Chen hit him with a splitter and fastball on the outer half before finishing him off with a back-foot breaking ball to get the strikeout.

Part of development is learning how to adjust on the fly, especially when things don’t go your way. Chen gets punished for falling behind 3-0, with Ryder Green taking the next pitch deep for a home run. All four pitches were fastballs, with the righty struggling to locate the pitch, eventually having to try to get one over for a strike, but it back firing on him.

After struggling, and getting punished with the fastball, Chen uses all breaking balls against Juan De Leon, and eventually walking him in five pitches.

Realizing he can’t shy away from using the fastball, Chen went back to what made him successful using his fastball to set up the splitter away, and the breaking back in on the left-handed hitting Alexander, an at-bat briefly mentioned above.

With just 42 innings pitched last year, it would be a safe bet to see Chen in Bradenton again in 2022. Even if the velocity doesn’t come, he has the kind of pitch-mix that could land him as a back-of-rotation starter. One name that comes to mind is Miguel Yajure, who has great breaking stuff but doesn’t have an overly overpowering fastball.

The low velocity upside will probably limit him on prospect rankings on most outlets, FanGraphs has him rated as the 25th ranked in the Pirates system, but nonetheless a player with major league upside.

P2Daily: What is the Plan…

The plan for Cody Bolton should be the same as…