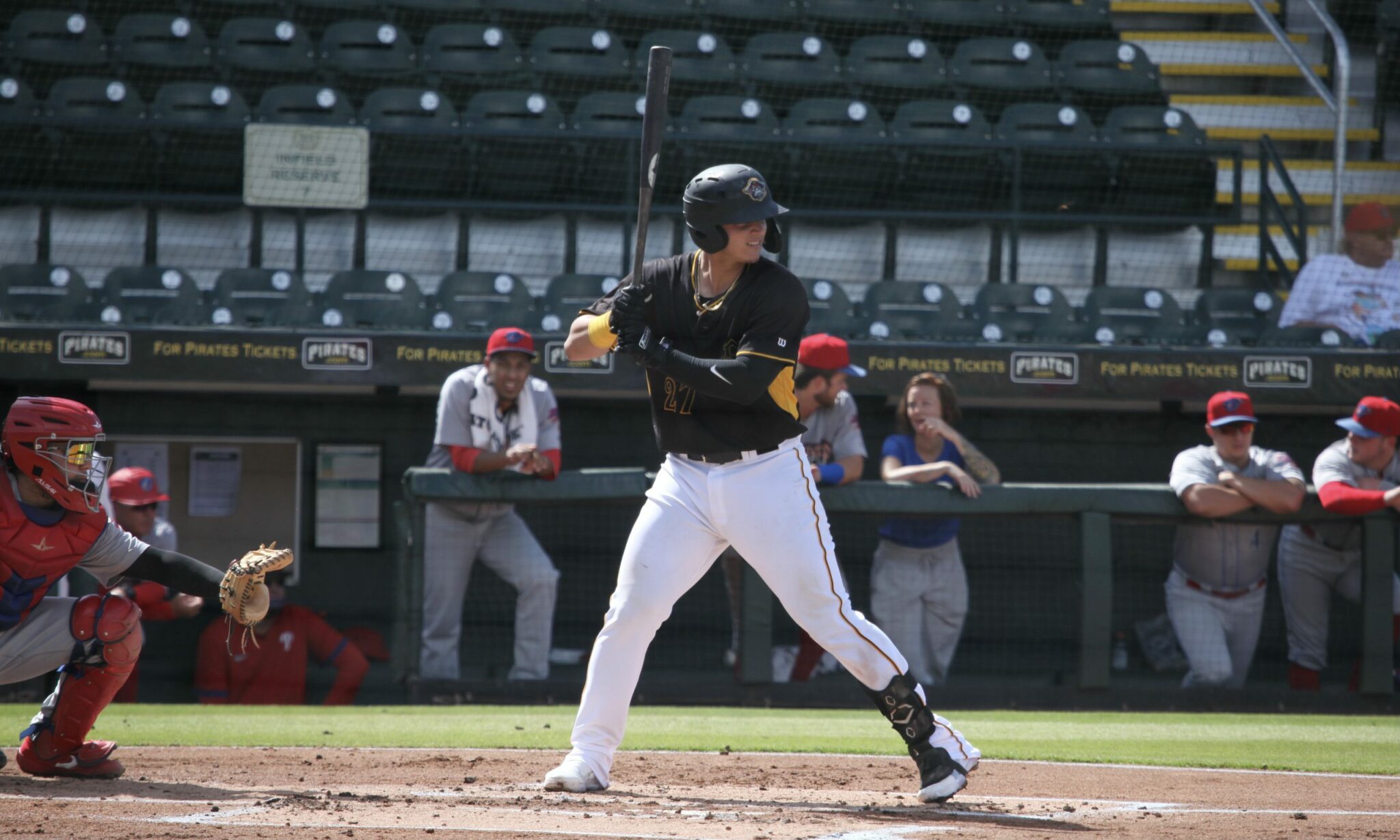 The Pirates originally reached a deal with the Phillies to acquire the minor league catcher as part of a deal for left-handed starter Tyler Anderson. That deal fell through due to a failed physical, and the Pirates moved on to trade Anderson to Seattle in a deal that brought back catcher Carter Bins. The Pirates went back to the Phillies and sent left-hander Braeden Ogle in a one-for-one swap to get Gutierrez.

It’s easy to see why the Pirates liked Gutierrez. He’s a big catcher, at 6′ 0″, 214 pounds. He had a big season at the plate in Low-A last year, combining for an .869 OPS with strong on base skills and decent power. Looking at his frame and big swing, you can imagine double-digit home run power from him in the future.

The #Pirates acquired Abrahan Gutierrez last year for LHP Braeden Ogle, after previously trying to acquire him for LHP Tyler Anderson. Gutierrez is a big catcher who had an .869 OPS in 245 at-bats in Low-A in 2021. pic.twitter.com/rC2QMa2muE

Gutierrez told me that he’s been working on attacking the inside pitch since being acquired by the Pirates. On the surface, he doesn’t seem to have any glaring issues with his swing, whether that’s looking at the video, or just looking at his combined 14% strikeout rate last year. The inside part of the plate could be a source for future power production, as Gutierrez was a pull hitter last year, with 42% of hits going to the pull side.

Defensively, Gutierrez has been working on his throw and his transfer work. He had issues controlling the running game last year, giving up 65 stolen bases in 85 attempts, for a 23% caught stealing rate. Gutierrez is a tall catcher, adding a challenge to his movements behind the plate.

Overall, Gutierrez seems to be fitting in well as the Pirates address their catching depth.

“I’m happy to be here with this organization,” said Gutierrez when we spoke at Pirate City.

The Pirates added an influx of catching talent last summer, starting with the drafting of Henry Davis with the first overall pick in the MLB Draft, and followed by the trades for Gutierrez and Bins. The presence of Davis — along with the presence of Endy Rodriguez, who was acquired prior to the 2021 season — puts less pressure on a guy like Gutierrez to develop as a starter. Gutierrez has a lot of potential with his bat, and could have a lot of value if he can remain behind the plate.