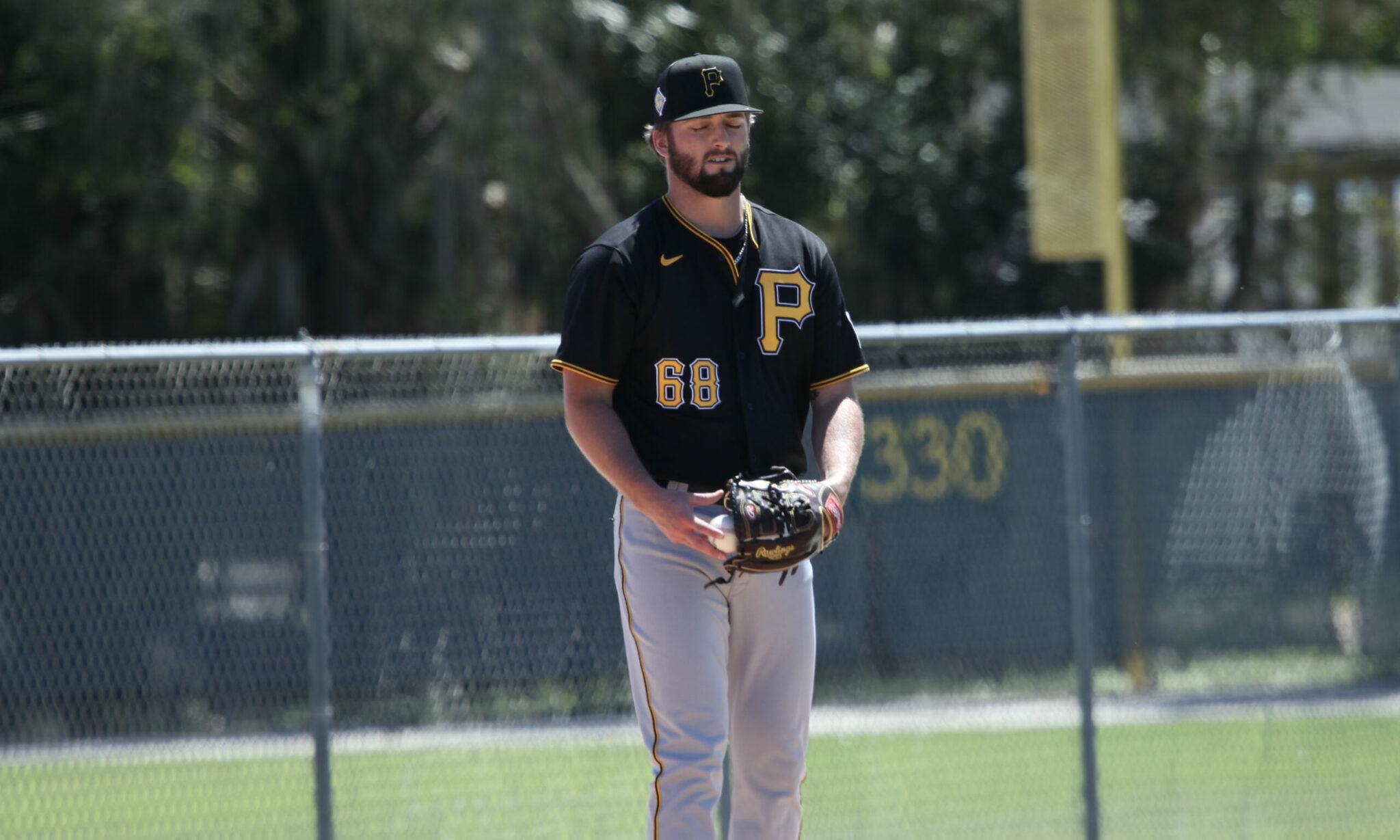 When discussing the Pittsburgh Pirates, you may get “spend nutting win nutting,” or *insert FUTURE Spongebob GIF*, you may even see some even-keeled prospect talk, and the latter is what brings us here today. Today let’s discuss some potential long-term starters from your “fringe” prospect pool, using the group from this week’s main feature on Pirates Prospects.

Bolton is an interesting discussion; prior to his injury and the 2020 fiasco, he was regarded as a top-end pitching prospect in the organization. Thanks to several additions like Roansy Contreras, Quinn Priester, and even Tahnaj Thomas, Bolton was thrust into a corner of forgottenness.

This past Monday, Bolton saw real game action against the Rays, and the flood of memories and older prospect reports started coming back. Bolton ended up striking out two and forced a rather routine groundout to second base. “It felt good to be back, I honestly felt no nerves going into that inning, Bolton said.”

Whether Bolton is a long-term starter is up to the Pirates and where they see him in the long run, but he could logically fit into a starter mold with a three-pitch mix and a history of starting. At the age of 23, Bolton still has time; thankfully, time is on the young man’s side.

You earn some recognition when you start your major league career with five perfect innings against a St. Louis Cardinals team. Unfortunately, the good times didn’t last for Kranick in his 2021 campaign, finishing with a 6.28 ERA, 19 walks, 47 hits given up, all in 38.2 innings pitched.

There, of course, were some good things with Kranick and one of those things dealt with his curveball. Used about 12.3% of the time, Kranick’s curveball induced a WHIFF% of 33.3 and held opponents to a .188 batting average. If Kranick can incorporate more of his curveball and mix his pitches well, we could see him stick at a long-term starter role.

You could also look at Statcast’s xERA as somewhat of a positive for Kranick. During last season Kranick’s xERA was a whole 1.71 points lower at 4.57, not great, but it’s progress. In a recent video, you can see a nice two-pitch sequence that may give some sort of hope.

Good morning/afternoon folks! While you’re enjoying this Saturday, why don’t you go peep this nice two-pitch sequence from Max Kranick.

Yajure, although he battled through some injuries last season, showed some flickers of hope in Pirates fans’ eyes. Yajure relies on six pitches with a four-seam, changeup, cutter, curveball, sinker, and slider. Yajure will use all six of his pitches in a game and averages around 90.6 on his 4-seam. Maybe the injury was holding back Yajure’s velo since, in 2020, he averaged 92.3

Yajure showed tremendous strides in his curveball from 2020-21 with about 2.5 more inches of movement and a WHIFF% of 30.8. This is all off of 15.0 innings in the majors last year, so of course, there is still room to grow for the 23-year-old.

Yajure is among several candidates for a future backend of the rotation kind of arm; with a 50/60 grade on his command, Yajure will have to improve upon his 2.68 BB/9 to maintain that grade and bolster some confidence in management to give him said starting job. If Yajure puts forth the effort he did against the Giants with five innings of just one hit ball? Sky is the limit for this guy.