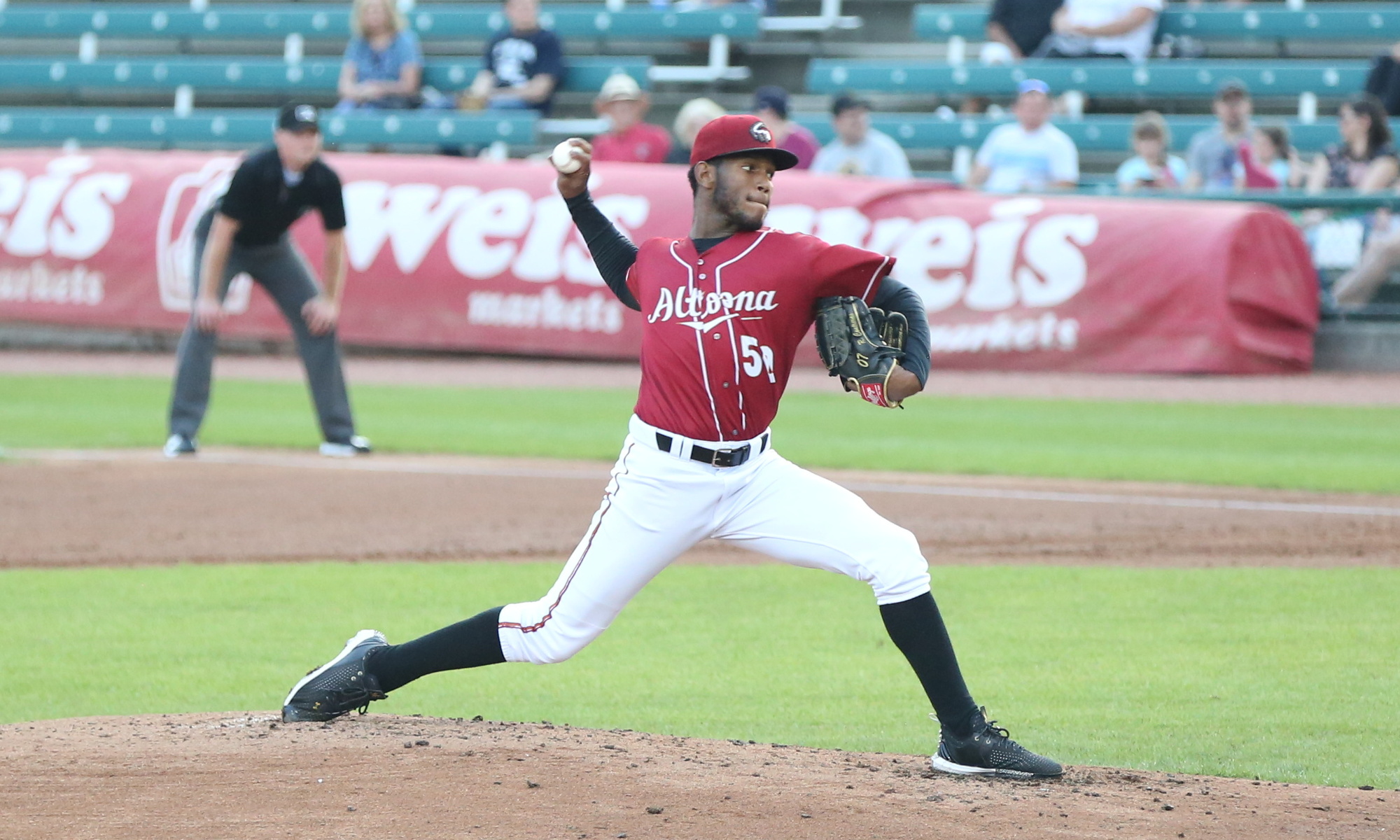 The Triple-A season opened up last night, as the Indianapolis Indians were the only Pittsburgh Pirates affiliate in action until the other three full-season teams begin their schedule on Friday night. The Pirates are going to be loaded with prospects at all four full-season affiliates, so every team will be interesting to follow, but Indianapolis will provide the Pirates will the most immediate help. Here’s a look at the players from the Opening Day roster, which will change a bit as the team receives players who were among the late cuts from Spring Training. We won’t cover every name here, but all of the prospects of note will be mentioned.

The pitchers are led by Roansy Contreras, who is rated #3 on our recently released top 30 prospects list. He’s considered to be the top pitcher in the system and he’s probably not far from helping the big league team. He had strong results last year in Altoona, but it was barely a half season, along with one Triple-A start and one big league start, which were both part of him working his pitch count up during his return. The Pirates have a lot of starting options at the big league level right now, so we probably won’t see him in the majors until at least June, depending on his progress of course.

Indianapolis will get other pitchers, especially once the big league roster drops to 26 men, and the players on the injured list return. Right now the only other top 30 prospect on the staff is Cody Bolton, the Opening Day starter. This will be an interesting season for him because he hasn’t pitched in a game since 2019, when he did amazing in 12 starts for Bradenton, then struggled in nine starts with Altoona. His innings are going to have to be monitored, but he has a chance to be in the majors this year if he can return to form after such a long break. He was ranked 29th in the system.

The rest of the team is a mix of solid relievers and guys with big league experience. The only other starter listed so far is Adonis Medina, but the team has a lot of potential starters, and may go with piggyback starters with all of the options available early in the year. Trey McGough started for Altoona last year, while Beau Sulser has been a starter and long reliever in the past. Then there’s Chase De Jong, who made nine starts for the Pirates. Pitchers to watch among the guys with no big league experience include Cam Alldred, Cristofer Melendez, Yerry De Los Santos and Hunter Stratton, who all impressed last year. You also have guys like John O’Reilly, Brad Case, Blake Weiman and Osvaldo Bido, who have a chance at making the majors.

The catching group is probably going to consist of veterans, assuming Michael Perez, Jamie Ritchie and Taylor Davis all stick around. The current catchers are Jason Delay, a top-notch defensive catcher, and Grant Koch, who should end up back in Altoona.

The infield is more exciting with Ji-hwan Bae, Rodolfo Castro, Oneil Cruz and Mason Martin in the starting roles. Cruz is the top prospect in the system and will help the Pirates at some point this season, assuming he stays healthy. He missed significant time in both 2019 and 2021. He’s going to be the spotlight player here on most nights, as he’s the closest right now to being a big piece for the Pirates.

Bae is rated 19th in the system and Castro is rated 20th. Castro has big league experience, though minimal success and not much time in Triple-A. He will be an option early in the season if needed, but he will be better off getting regular at-bats in Triple-A for now. Bae is just getting to Triple-A now, so I wouldn’t expect to see him early in the year in Pittsburgh. Just like Cruz, we could see Bae playing some outfield, with the added versatility helping his chances of getting to the majors. Martin should get regular at-bats at first base, and we will see if some adjustments he made coming into this year help him make more contact, while also providing the power to make it to the majors.

The outfield on Opening Day had Travis Swaggerty, Jared Oliva, Cal Mitchell and Canaan Smith-Njigba. Swaggerty and Smith-Njigba are both on the 40-man roster. We should also see Bligh Madris join this group, which will have to take advantage of the DH spot to get everyone time. Swaggerty, who missed most of last season, is the 15th ranked prospect in the system and could see Pittsburgh sooner than later. Oliva was just cut from the 40-man roster, but he’s probably the best current option right now due to his experience in the majors each of the last two years. Not being on the 40-man roster does hurt his chances.

Madris had a strong spring and a decent year at Indianapolis last year. He’s just in a tough spot with two 40-man roster players in the same outfield, as well as Jack Suwinski behind this group in Altoona and on the 40-man roster. Smith-Njigba could also see the majors this year after he gets some extra Triple-A experience, and I wouldn’t count out Mitchell if he continues to develop into a solid hitter. It’s going to be a strong competition for this group, while also sharing some time with Cruz and likely Bae.

You have a total of seven top 30 prospects to begin the season, with more likely to join the team later in the year.