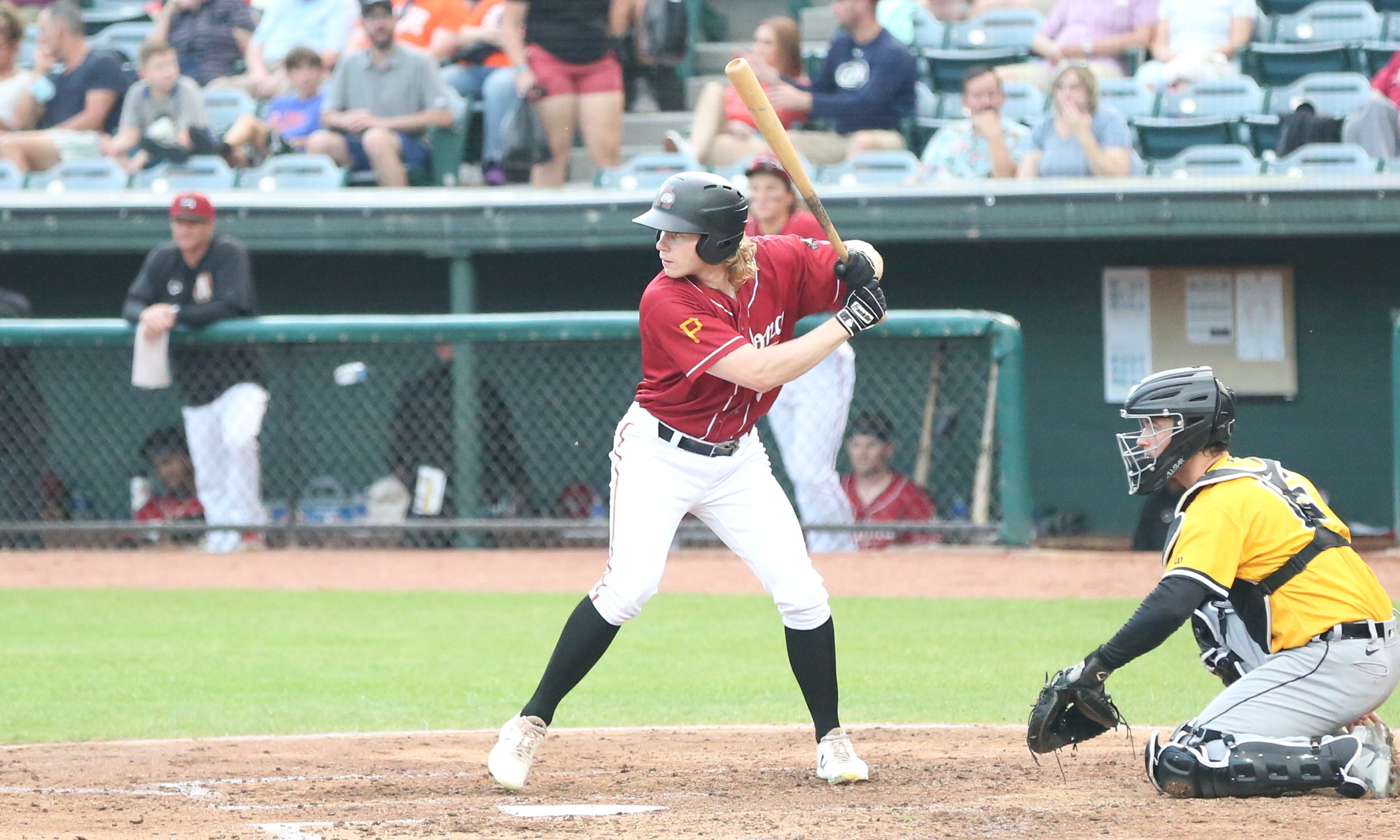 Last week’s Pirates Prospects Player of the Week was an outfielder for Altoona. Connor Scott took home the first of our weekly honors. Altoona hitters are now 2-for-2, as outfielder Jack Suwinski has been selected as our Pirates Prospect Player of the Week, edging out catcher Henry Davis for the honors. Suwinski put up a .458/.500/.917 slash line in 26 plate appearances over six games from April 18th through April 24th. He went 11-for-24, with seven runs, five doubles, two homers and nine RBIs. He led all Pirates hitters with his 1.417 OPS, and no one came close to his slugging percentage for the week.

The 23-year-old Suwinski is repeating Altoona/Double-A this year, partially due to the amount of outfield prospects already in Indianapolis. They have Travis Swaggerty, Cal Mitchell and Canaan Smith-Njigba there, as well as Bligh Madris, who had a nice spring for the Pirates, and Oneil Cruz, who is still learning the position. Suwinski joined the Pirates mid-season in the Adam Frazier trade. Prior to the deal, he had a .949 OPS in 66 games at Double-A. After the deal, he had a .750 OPS in 45 games with the Pirates. That’s an average number, 20 points higher than league average, but nothing special. This year he is off to a .353/.421/.686 start in 13 games, so he was doing well before his Player of the Week performance, though he stepped it up this past week.

Suwinski was added to the Pirates 40-man roster over this past off-season. He didn’t make our group top 30 prospects list, but he also didn’t miss by much. Three of our five writers had him in their top 30. He actually finished 31st in our voting. However, he made the top 30 for Baseball America, MLB Pipeline and Fangraphs, ranking as high as 24th. It’s obviously still much too early to making any significant changes due to 2022 performances, but it’s worth keeping a closer eye on Suwinski as the season progresses.

Analysis: This was a down week as a group for Indianapolis on offense, which allowed a relief pitcher to win the weekly award, albeit in a spot starter role. Cam Alldred tossed two shutout innings in his first appearance of the week, then got that spot start on Saturday in place of Beau Sulser (called up to the Pirates) and responded with four shutout frames. He opened the season with five strikeouts over 3.2 innings, but he allowed three runs in his outing on the 16th. He was the only Indianapolis pitcher to throw shutout ball, while John O’Reilly and Osvaldo Bido each allowed one earned run over four innings. Bido did it as a starter, O’Reilly in two relief outings. The only hitter with an OPS over .800 was veteran catcher Michael Perez and he played just three games.

Analysis: Liover Peguero had a week that would normally be tops for an affiliate, put Suwinski had a huge week ahead of him. Peguero hit .476/.476/.714 in 21 plate appearances, with five doubles and three steals in three attempts. In four games, Blake Sabol hit .333/.375/.667, collecting a triple and a homer. Tucupita Marcano had a 1.015 OPS in four games. Jared Triolo recovered from a slow start to the season to post a .950 OPS in 21 plate appearances. Will Matthiessen homered twice, on his way to a .938 OPS for the week. Omar Cruz had a little bit of a control issue in his second appearance last week, but he still finished with six shutout innings and nine strikeouts. JC Flowers and Tahnaj Thomas each had 3.1 shutout innings. Bear Bellomy gave up one run in four innings.

Analysis: Henry Davis got some support for the Player of the Week, but Suwinski got a majority of the votes. There wasn’t a big difference in their week. Davis got on base at a higher rate, Suwinski hit for more power, finishing with a high OPS and he did it in more plate appearances. Davis has a .354/.475/.563 slash line in 13 games this season, so he’s off to a hot start over the first 2 1/2 weeks. It might not be too long before he ends up in Altoona. Jack Herman did well in his four games, posting a 1.172 OPS. Matt Gorski wasn’t far behind him, posting a 1.151 OPS in his six games, collecting two homers and two steals. Hudson Head had a solid week with an .899 OPS. No Greensboro pitchers threw shutout ball last week, but Ricky DeVito allowed one run over five innings and Cameron Junker gave up one run and struck out seven batters in 4.2 innings.

Analysis: Justin Meis led the system in strikeouts last week, picking up ten during a dominating performance on Friday night. He threw five shutout innings on two hits, no walks and ten strikeouts. He threw four shutout innings in his previous start. Dante Mendoza tossed 3.2 innings with an unearned run and eight strikeouts. Carlos Lomeli had similar results to Mendoza, with seven strikeouts and an unearned run in four innings. Denny Roman allowed one run over five innings and struck out five batters. On offense, just two batters had noteworth weeks. Jacob Gonzalez won his second straight Florida State League Player of the Week award, hitting .318/.385/.727 in six games. Jase Bowen got a vote as the Bradenton Player of the Week for his .286/.400/.619 slash line.

You just need to replace those numbers with the gamePk…