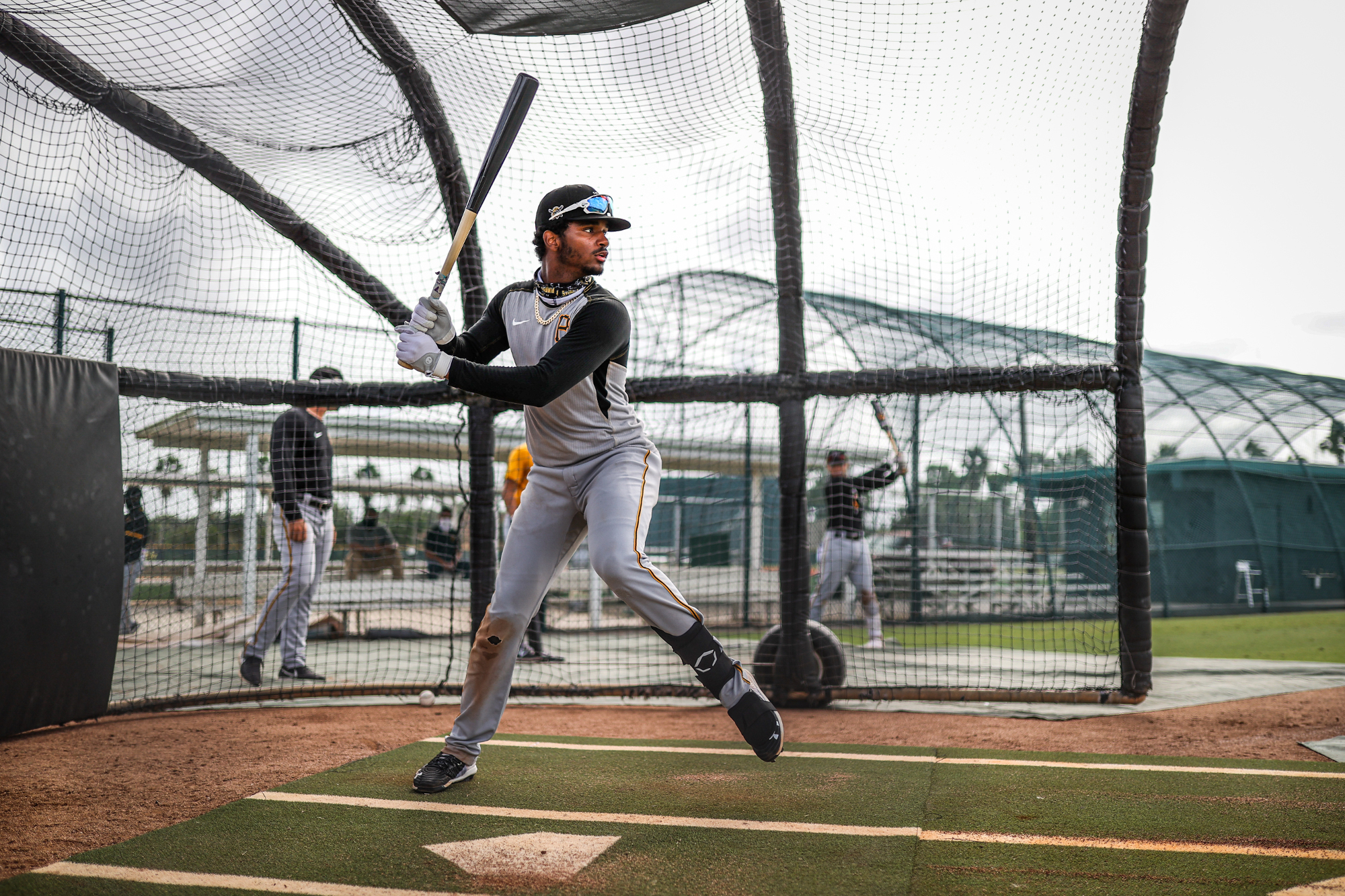 With the Indianapolis game postponed, Altoona was the only game that was live streamed so it’s going to be a heavy dose of the Curve. Not only is it heavy on the Curve, but also two familiar names that have been filling up the box scores.

The 21-year-old shortstop has been one of the best offensive players in the Eastern League, and one of the most consistent hitters in the Pirates’ system.

Yeah, so Liover Peguero is pretty good at this baseball thing. His third triple of the season brings home @Nick_Gonzales13 and ties the game 1-1! pic.twitter.com/yHYxxSp8Xw

Peguero picked up three more hits on Wednesday, putting him in a tie with Frankie Tostado for the EL lead in hits. The two RBIs moved him in a tie for fifth in the category.

Another RBI for Liover and we've got the lead again! pic.twitter.com/Hgx5SrwYLb

If there has been one player just as consistently good as Peguero this year, it’s been Blake Sabol. The 24-year-old slugging catcher has posted a .940 OPS in 26 games this season. Just this week against Richmond Sabol has gone 6-for-7 with four extra-base hits and seven RBIs.

Another day, another @Blake_Sabol24 highlight! This RBI-single gives us a 2-1 lead in the first.

Sabol trails only Peguero in most offensive categories on the Curve this season, and is only behind Andres Alvarez in home runs.

.@Blake_Sabol24 is making this whole driving in runs thing a habit pic.twitter.com/MRvMapKaRs

This double below was his sixth of the season.

Alvarez hit his sixth home run of the season, now leading a team that has some of the system’s top prospects. He now has 17 hits on the season, 11 of which have gone for extra-bases.

You got to love what Sabol has accomplished with the bat this year. IF his defense is good behind the plate, the pirates might just have found a jewel.

How far fetched would it be to move Sabol up to Triple A and potential see him this year behind the plate. How is his defense, i was under the impression that they moved him around quite a bit.

I have to believe they trust in his defense enough that he’s been the go-to with Tank out, aside from the fact they even continued developing him there to start the year to begin with. I made a comment when they moved Bins up, and I believe it more now, that this shows I think he’s moved ahead of Bins on depth chart. I think we could see him move up once Tank is fully healthy and returns to Altoona.

That being said, he seems he could use some work on his accuracy with throws, but more especially dealing with balls in the dirt.

Well, maybe a few weeks after Tank returns to assure he’s healthy and able to take on a bigger workload.

They have moved him around a lot in the past, but this year he has played mostly just catcher and DH. He has not done a good job throwing out base stealers, but have not heard a lot about his D. Seems to me the Pirates really want to get him time behind the plate. Would not be surprised to see him move to AAA, as long as he could still get the reps as catcher.

I’m not sure we won’t have to reconsider Altoona‘s reputation as a pictures park. Not up on the splits or anything like that but… for the second year around it has been a place where prospects bats blossom big time. Meanwhile Indy, not so much.

Thanks for the tape, I love this feature!