Eric Munson brings a teaching talent into coaching in Indianapolis 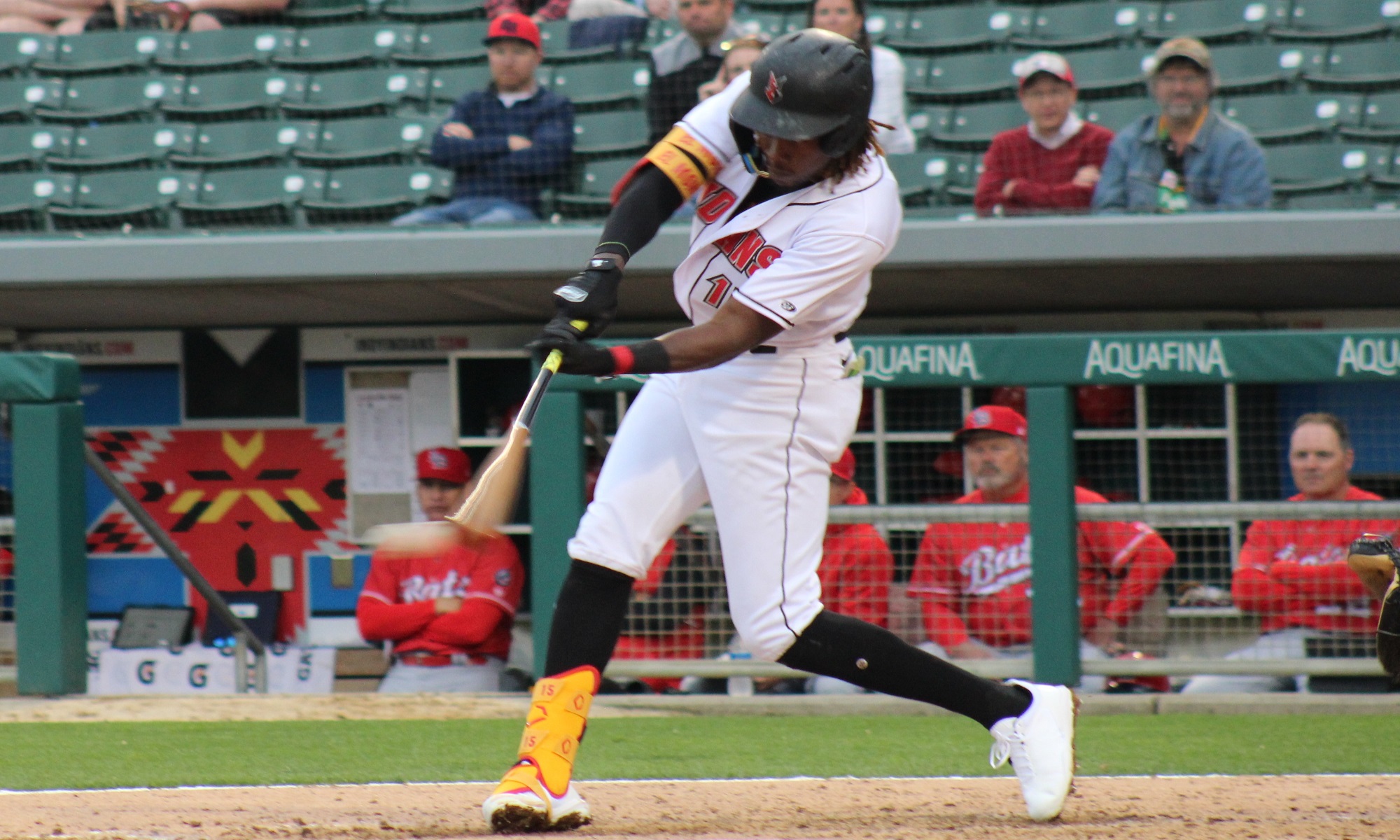 INDIANAPOLIS, Ind. – With all of the top hitting prospects in Indianapolis, the future of the Pirates organization required some careful thought into who would take the reigns as hitting coach.

Eric Munson was hired as the Indianapolis hitting coach in December. Munson doesn’t have a long coaching resume in organized baseball, but he has been in the shoes of most of the top players he’s coaching.

Munson was the third overall pick in the 1999 draft. He also lived up to much of the hype, playing parts of nine seasons in the big leagues. Having this experience, Munson has wisdom to share in many situations between the lines and outside, while not getting too self-centered.

“Everybody says that it is a game of failure,” Munson said. “It is also a game of learning. You can call it failure, but you have to learn from it. I did plenty of that when I played, so hopefully I can offer an ear to listen to them. I don’t want to make it a lot about my experience, but I feel like I have been through a lot of this. Hopefully, I can just give them some good advice and try to keep myself separate.”

Munson acknowledges that there are a ton of resources available to coaches in today’s game. With this, his biggest goal is to simply do the homework and put in the hours with his guys. He mentioned that when he shares something with the hitters in the cage, he wants it to mean something, rather than just coach-speak.

Munson gives Pirates hitting coach Andy Haines most of the credit in pushing him to apply for the position.

“[Andy] and I have known each other for the past five or six years,” Munson said. “Just talking with him, and when he got the job, he called and was wondering if I would be interested in interviewing for it.”

According to Haines, he and Munson crossed paths several years ago in the coaching circles. They are about the same age, so he knew Munson’s background well, as he was a very high profile player when Haines was in college.

Fast forward a few years, and the former top prospect caught the eye of Haines at a youth camp at Gold Standard Athletics, which Munson opened in 2013.

“I got to see him coach, a basically a kids camp that he put on at his own hitting facility,” Haines said. “I just walked away so impressed at how he is a teacher in his heart. It was his passion to get the most out of those kids. You can’t fake that at a kids camp, going for a couple of days for hours and hours. He was relentless in how he taught, and with the background, I knew he had a bright future in coaching.”

Haines got the thought of coaching with Munson in his head quickly, but family life didn’t line up at the time. When Haines was the hitting coordinator with the Cubs, he brought Munson to the instructional league, as a guest instructor. Haines called it “throwing the carrot in front of him” to try to nudge Munson into coaching.

Then, when Pirates director of coaching and player development John Baker approached Haines to fill out his staff, he only had one guy still on his mind.

“When John Baker and I spoke this fall, about the importance of the relationship between the Triple-A hitting coach and here, how fluid that needs to be, I thought of Eric right away,” Haines said. “From a family standpoint, he was able to make it happen. From a baseball standpoint, once everyone talked to him, it just seemed like a good fit.”

Haines said that since the hire, Munson has “hit the ground running, times 1000.” However, it is best to be told by the players he is coaching.

“I didn’t really know his story right off the bat,” said outfielder Cal Mitchell. “He played a lot of years in the big leagues and had a lot of good years. He is really easy to work with and easy to be friends with as well. It always makes it better when you get to be friends with your coach, or with anybody you work with. That relationship makes it easier to dive into the harder things about hitting, the season, or defending, or whatever it might be.”

Indianapolis manager Miguel Perez pointed toward communication also, and said that he just has a way of making people comfortable.

“This is the first time that I am working with [Munson],” Perez said. “I feel like I have been working with him for a long time. He has a good baseball background. He has a feel because he went through some stuff in baseball, like everyone else, to help navigate conversation with players when talking about hitting. He played the game. He knows what I look for and he knows approach. Having him, and Brady [Conlan], who is right next to him as his assistant, has been a blessing for us.”

Outfielder Bligh Madris also points to communication and teaching as major strengths for Munson in his coaching.

“He is a great guy, on and off the field,” Madris said. “He is unbelievable to talk to. He is willing to talk to you about anything, whether it is baseball or life related. He is a master at his craft at being able to teach and say things. He is a master at teaching and saying things a different way to click with every individual. I think that is huge with him being in the clubhouse, with so many different guys. He knows how to find what clicks for each person and really dives deep into individual things. He just knows everything about you. It is a pleasure to be working with him.”

With the relationship with Haines and his players, Munson has one goal in his first coaching endeavor.

“When these guys do get called up, hopefully that will make the transition more smooth,” Munson said. “We try to mimic a lot of what they do there, as far as what we do pregame and how we go about our business on a daily basis.”

Coaching is not the easiest thing to do. What I liked is that he can tell the player the same thing different ways so that they can understand it. To make a golf comparison, you can explain a particular shot to player and they don’t get it. But then you say it another way and it clicks. I think he is clicking with the players and how they respond to him.

I am not sure if a recommendation from Haines is the best endorsement right now.

I would not say Munson lived up to the hype in his own career. He did stay around parts of nine seasons, but other than showing some power at the Major League level, he never really hit that well. He was able to stay around much because midway through his career he took up catching and became a backup catcher.

Love to know what’s up with Njigba. Didn’t expect him to struggle this much at AAA.

When you look at his last year in AA, he really did not tear it up, so not that surprised. With all the walks wonder about pitch recognition. Only has 165 PAs at AAA, so plenty of time to turn thins around.

You’ll be happy to know that I’ve got a Swaggerty article to edit for the schedule this week!

Impersonation is the most sincere form of flattery. Something like that.