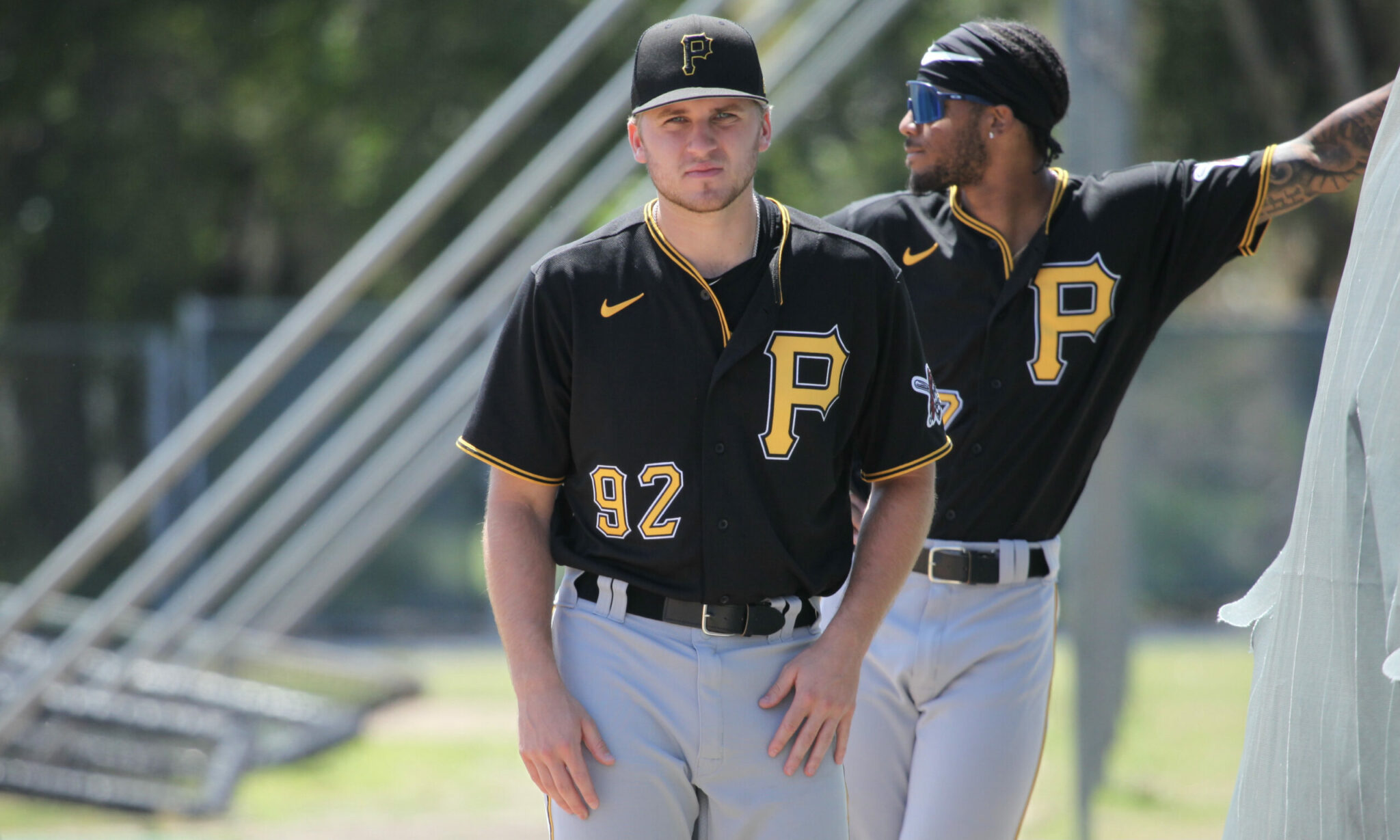 From taking Henry Davis overall, to their ability to sign Anthony Solometo, Bubba Chandler and Lonnie White, there was a lot to like from the Pittsburgh Pirates 2021 draft class.

Having so many high-profile players selected, it’s easy to overlook some of the other players taken.

Jack Carey didn’t post the best of numbers at Duke his junior year, but was strong down the stretch and ended up being the Pirates 11th round pick, 313th overall.

After signing early, Carey got into four games, one at the FCL before moving up to Greensboro. He was rocked in his first High-A game but pitched back-to-back shutout outings to close out 2021.

Starting this season with Greensboro, Carey has fallen victim to the home/away splits that a lot of players do with the super hitter-friendly confines of First National Bank Field.

In three outings at home, Carey has given up nine hits and three runs while walking three over 6 1/3 innings.

Getting away from the hitter’s haven in Greensboro, Carey has two wins, a save and has only allowed two runs in 10 2/3 innings. He’s held opponents to a .184 average on the road.

While his stuff doesn’t scream late inning reliever, Carey has pitched better during the latter stages of the game.

During the eighth and ninth inning of games, Carey has allowed just one hit across 4 2/3 innings (.066), while walking just one and striking out four.

Carey’s best two pitches are his fastball and slider, the latter of which he can use on both sides of the plate for strikes.

The early parts of the video highlights Carey’s slider, both its swing and miss ability and him being able to paint the outer half against lefties with the pitch.

As the video progresses, you see some full at-bats against Winston Salem Dash hitters. One of the main driving forces in his success against righties (.146 average, 0.89 WHIP) has been the use of his fastball and slider off the plate.

He’s able to break the slider off the edge of the strike zone, even bringing it in to get called strikes, and pairing it with a fastball to keep hitters honest.

We saw this with quite a few of the Greensboro pitchers last year, namely Bear Bellomy, Austin Roberts, and J.C. Flowers. Guys who pitched lights out on the road but struggled at home.

Looking at the overall stats can be misleading when looking at the Greensboro pitching staff, and Carey looks like a guy with better stuff than what the numbers say, even going back to his time at Duke.

Very timely AM – Carey probably had his best outing of the year last night starting the game and going 3 IP, 1H, 1BB, 4K and leaving with a 2-0 lead. He, Florez, Hoffman, and Sullivan combined on a much needed 3-0 win over Asheville. Thanks for the video.

problems with that bandbox in Greensboro . . . move the franchise?

I think the organization understands and doesn’t really base anything off the numbers, pitching or hitting. I know when we had Kieran Mattison on the podcast he seemed to think of it as a developmental challenge for the pitchers. It they can pitch there, they can pitch anywhere.

The Pirates made an excellent move to GBO in 2019, a city which supports the team with excellent attendance numbers (around 5,000/game). I think that type of attendance is in the Top 10 of all MLB A+ Affiliates.

Mattison is a special type of Manager, a communicator, and his hire was another good decision made by the former FO. Glad to see the present FO bump he and Miguel Perez to AA and AAA this year.