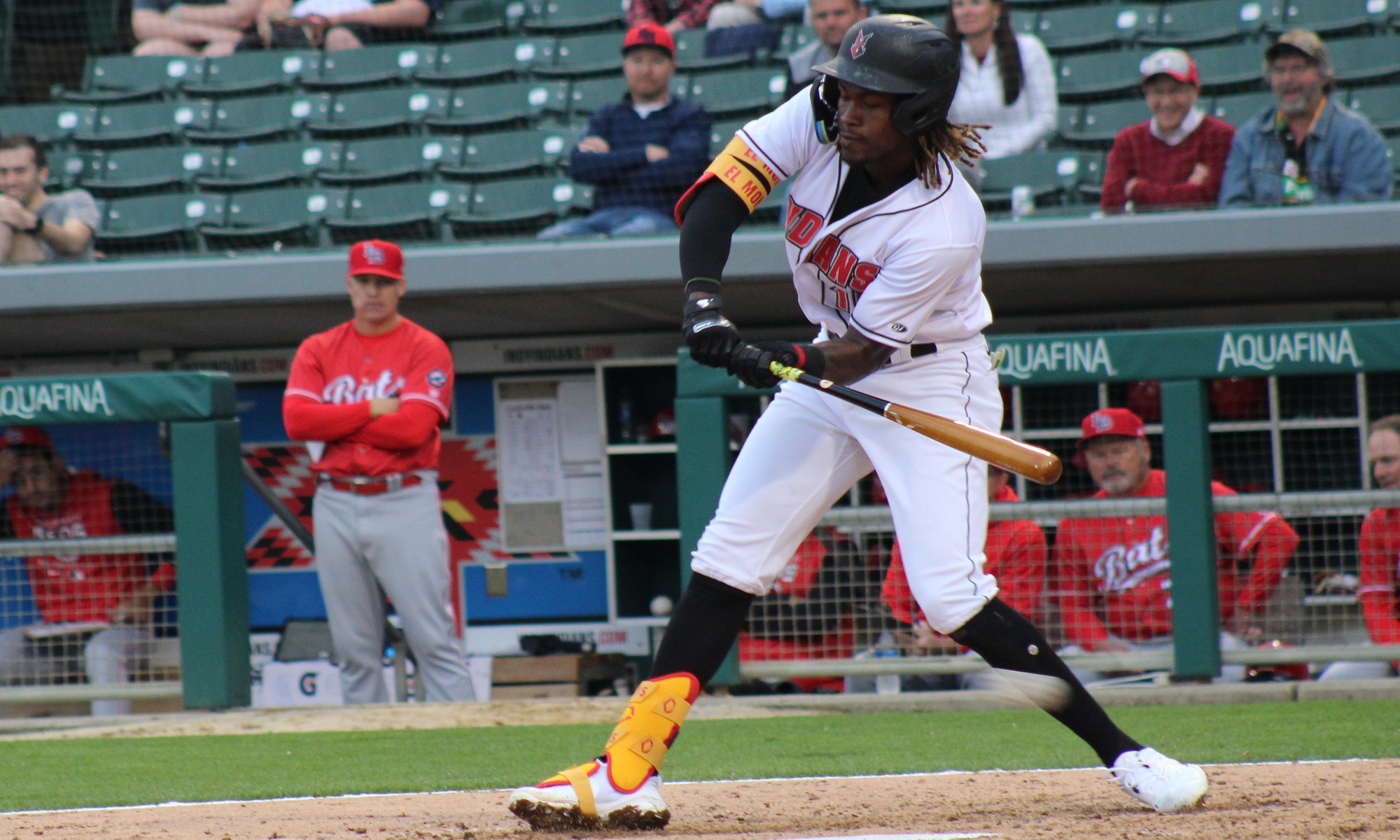 Baseball is ultimately a game of adjustments. Players must constantly adjust to what their opponents are doing if they want to succeed. Those who can make those adjustments properly, and quick enough, are the ones who make it to the major leagues.

We all know what Oneil Cruz can do with the bat in his hands. When he makes contact, it’s loud and violent and when he really gets ahold of the ball, it’s going to go a long distance.

After getting assigned to Indianapolis to start the season, very few thought Cruz would have this much difficulty in just hitting the ball, striking out at a rate that he had not since playing in A-ball.

The high number of strikeouts not only led to him not hitting for the power that we’ve come to expect, but it also dipped his average below the Mendoza line where it’s still at after this past weekend.

What was the type of pitch Cruz turned on to dazzle the baseball world with his first career home run in Pittsburgh, has also been used against him this year in Indianapolis.

Standing at 6’ 7”, there aren’t too many players as tall as Cruz, so pitchers are trying to take advantage of that and pitch to him low, hoping to get him to chase trying to hit another home run.

Cruz has chased those pitchers, and in result struck out 32.9% of his plate appearances in the month of April.

Most of the damage has been pitches below the knees, as you can see in this clip here, showing games from Columbus and Iowa series.

Those series represent the low point of the season for Cruz, striking out a total of 20 times in those two weeks of play.

This past week, Cruz has been talked about a little more than usual, mainly thanks to his comment about not wanting to play in the outfield, a position he played on Sunday.

Cruz’s path to the majors has been a controversial one, to say the least. But a sure-fire way to make the best case for him to find his way back in Pittsburgh would be to make more consistent contact and show better pitch selection.

That’s a step he made this past week against Louisville. Yes, he put on a show with a home run and some other extra-base hits, but he also showed a much more major league appropriate approach at the plate.

This is a look at some notable pitches that Cruz faced over the last week. Some of those pitches that he went after previously, he’s been able to hold off this time around.

The numbers don’t lie about Cruz being more patient at the plate, as so far in May, Cruz has struck out just twice in 25 plate appearances (8%).

You can see the difference looking back at each series and how much he has struck out.

He showed some hope earlier in the season against St. Paul but couldn’t carry that over to the next couple of weeks.

For Cruz, carrying this trend will be important, as will make any adjustments that pitchers make as he continues to lay off the pitches below the strike zone.

It would seem that he thinks he is above the team. I can understand his reluctance in not wanting to play the outfield but adjustments need to be made for the benefit of the organization.