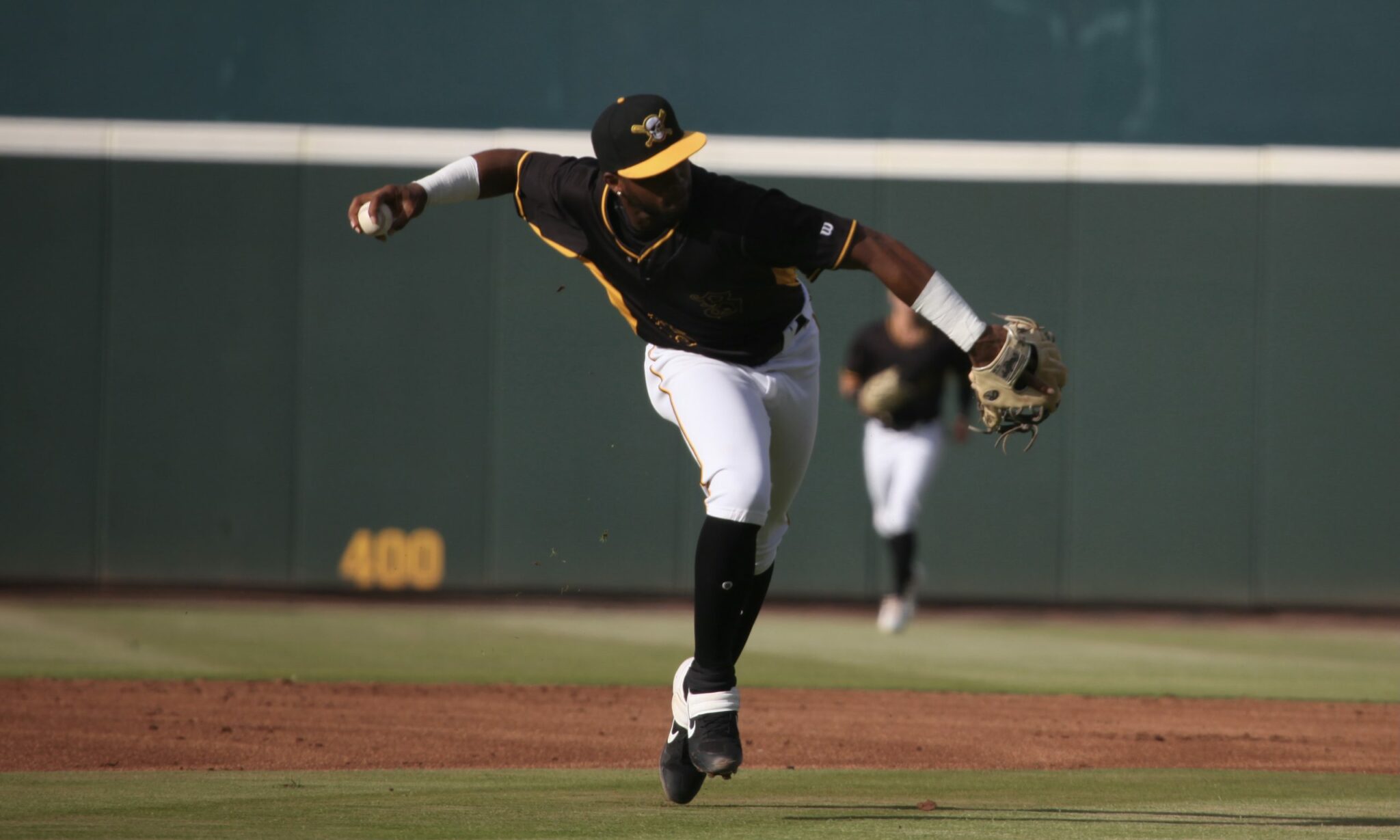 This week on Pirates Prospects we are focusing on the High-A Greensboro Grasshoppers.

The top remaining prospects in the system are Endy Rodriguez and Jared Jones, who I covered in my main features this week. It would have made for an interesting Roundtable to have writers picking between those two for the top prospect in the system.

Instead, I removed those two and asked a more open-ended question: Of the remaining Greensboro prospects, which one intrigues you the most?

Dariel Lopez gets a lot of praise from those inside the game for his potential at the plate. Like almost everyone else in Greensboro right now, we aren’t seeing that upside yet. However, Lopez is young for the level at 20 years old, and he’s not getting over-matched like some of the other young prospects. The fact that he got the push to Greensboro is a good sign at his age. I expect that they will stick with him there all season, with regular playing time throughout the season. The one concern here is that it appears that his defense is taking a step back. I haven’t seen enough of it for comparison to last year, but the error totals are not good. That might not be a problem if his bat really reaches its potential.

When you’re looking at Greensboro prospects this year, the word “disappointing” comes to mind much more readily than “intriguing.” Nearly every player on the team is performing below expectations, often far below. And Matt Gorski isn’t there any more. Hudson Head and Maikol Escotto are the toolsiest prospects (apart from Jared Jones), but their swing-and-miss problems are so epic that it’s hard to call them intriguing. So I’ll go with reliever Tyler Samaniego. He’s a 6’4” lefty with good velocity, which by itself makes him intriguing. He’s also been dominating the level so far. In 15.1 IP, he’s allowed just three hits, which works out to an opponents’ average of .058. Right-handed hitters are 1-for-32 against him, so he’s not just managing by throwing breaking balls to left-handed hitters. Samaniego has fanned 22 and has an ERA of 0.59. He has walked nine, so that’s potentially an issue to watch. At 23 now, you’d like to see Samaniego against higher level competition, which in most organizations would probably happen very soon. We’ll see about the Pirates.

Last week I actually almost picked Escotto as my answer on who will be the shortstop for the Pirates in 2025. He’s 19-years-old, playing in High-A, and while the strikeouts are high and average low, Escotto is hitting for a lot of power. The defense is improving this year, to the point that if he continues in this direction he could be the player the highest in the system with the best chance to stick at the position. The Pirates have been incredibly aggressive with him in back-to-back years, so that shows how high they are on him. I think that alone adds enough intrigue, add in some of his loud tools, he’s definitely a guy to watch.

Escotto has working himself into prospect status, but unfortunately has created some questions with his bat. Prior to being acquired in the Jameson Taillon trade, Escotto showed promise with both average and power in the DSL, with 11 doubles, four triples, and eight homers. However he hit just .234 with Bradenton last year, and is at only .186 with Greensboro through Sunday this year. However, he is also just 19 and has shown promise. That is just too much to ignore, with time to see if he can put it all together.

All of the reports I’ve received, and everything I’ve seen from Escotto this year suggests that he can stick at shortstop, with at least average defense. Typically, that’s enough to get a guy to Triple-A if there’s enough promise with the bat. In this case, there is a lot of promise with the bat, with Escotto having plus raw power potential from the middle infield. That has translated into a lot of swing and miss, as Escotto has expanded his zone this season. It’s important to remember that he’s one of the youngest players on the team, turning 20 in two weeks. He’s going to show this year that he’s very raw. He’s also going to show flashes of his potential as a power hitting middle infielder. The hope is that we see more of the latter as the season progresses.

Youth, is something that all players at one time or another have, however, it it not an excuse for not producing. K’s are scary high for both Lopez and Escotto. Is it being young for the league or is it something that one should be concerned about? I like both players but if they don’t produce with the bat they have no future.

For me, I’d pick Sean Sullivan. I really liked what I saw from him. Gopher ball has gotten to him in May, but I think he’s going to get much better with time and refinement.

Obviously I’d loved to have picked Herman, but, he’s struggling again in Hi A, while even the power isn’t playing. In a park where with his power, he should be putting up ridiculous numbers.

Lopez was my pick to click this year…….still is!

Lopez is one of several guys who’ve started hitting much better in May. The biggest issue with him is errors. They’re not just low-minors high, they’re totally off the charts. Same last year, too. Ultimately he’s going to have to play first.

i was actually looking more into lopez yesterday. tough april, but just an adjustment period. he’s been great in may so far. high strikeout rate….but he’s still young. but he’s becoming pretty interesting to watch.