Yoyner Fajardo is a Hitter Without a Position 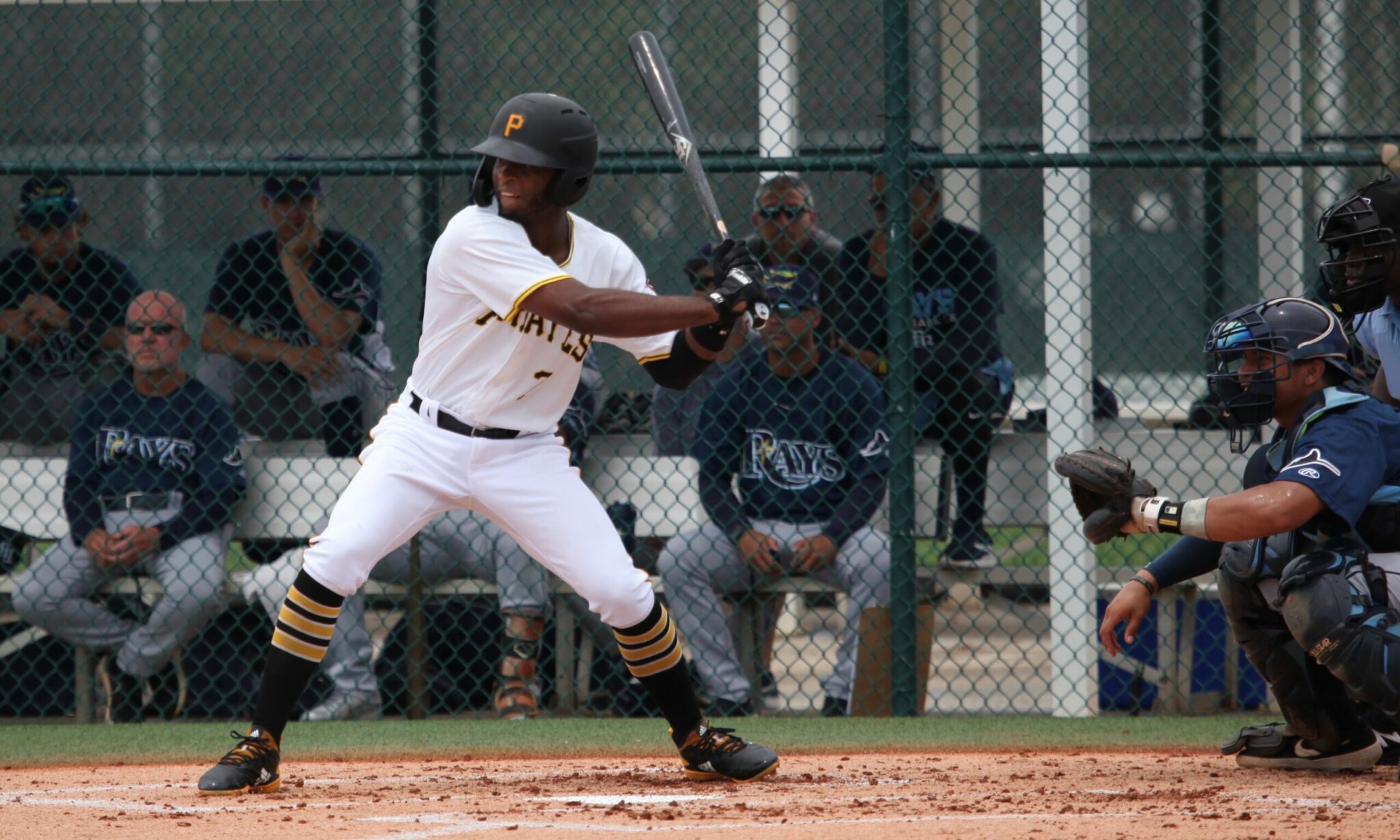 All Yoyner Fajardo does is hit.

He has one of the highest averages in the Pittsburgh Pirates system.

Yet the 23-year-old from the Dominican Republic is a platoon player with the Greensboro Grasshoppers. Those two things don’t really add up.

Fajardo is trying to hit his way to the majors despite some other weaknesses to his overall game.

A bit of a late signing on the international side, Fajardo signed in March of 2018, not long before his 18th birthday. He hit throughout the lower levels, but has struggled to find a defensive home. The lack of a position kept him from seeing regular time last year. He played shortstop early in his career, but that spot was quickly ruled out and since he’s been bouncing between second base and the corner outfield spots, even playing some third base as well.

Fajardo is hitting well this year for Greensboro while playing half of the time. He has a .333/.387/.464 slash line in 18 games, playing second base and right field.

Greensboro has a lineup loaded with prospects, even after Henry Davis was promoted. That has kept Fajardo from getting more playing time. That hasn’t kept him from hitting.

If you want someone in the Pirates system to get on base in a big spot, Fajardo is your man. Heck, he can even get to second base on a steal. He’s a .313 career hitter, with a solid approach at the plate that leads to decent walk/strikeout numbers. He’s a throwback hitter in an era where everyone else is swinging for the fences and strikeouts are a big part of every game.

Fajardo has three career homers in 570 at-bats. That really says it all.

You could overlook power missing if all of the other tools were strong. His value right now is limited to getting on base at a high rate and adding speed to the bases. He’s basically a pinch-hitter/pinch-runner, which is a nice bench role for a good team in the majors, but not how you get through the minors.

What we need to see is for Fajardo to get one position and stay there, just to see what that bat and speed could do in a full-time role. Greensboro has a group of infielders and outfielders right now who are not producing, so there are options for a position. Now might be the best time to see what the Pirates have in Fajardo.

Eh, I don’t know. He’s sporting a .450 BABIP, hasn’t walked much, and doesn’t have much power. He’s fast enough to have a better than average BABIP, but this stat line doesn’t scream prospect.

Pick a position and stay there, We don’t understand?
Sincerely:
Pirates development team.

What exactly is his problem on defense? The article is very vague on that point.

The article was edited down a bit. I should have looked at it before it went up because there was a mention in there that he was tried at shortstop and that didn’t work, and then he wasn’t playing often last year, so I asked how a hitter like him isn’t getting regular time and was basically told that they couldn’t find a position for him to play. He has speed, athleticism, qualities that should lead to him being able to play somewhere, but he’s a DH without power, which doesn’t make him a prospect at this point. The main point was that he should be given a position and left there for a longer period of time to see what the bat could do full-time. He’s not going to get better anywhere by moving around the field and playing part-time.

Very true. It just seems like a guy who’s fast should be able to have good range, the guy who has good contact hitting skills should have good hand-eye coordination. So I was wondering what other athletic or physical constraints might cause a speedy guy with good contact hitting skills cannot be good at defense. Sounds like he’s just getting jerked around a bunch and not being given a chance though.

For someone like Josh bell, who can’t throw hard or accurately, you can see clearly what’s limiting him defensively. For someone who’s fast and can hit well, it’s more of a puzzle, ubless for him it’s throwing as well.

I’ve never been good at describing this, but some guys just don’t have the “actions” to be good in the infield. It’s not speed or even necessarily athleticism, it’s just the ability to pick up a groundball, transfer it to your throwing hand, orient your body as needed and throw to first. Jack Wilson, for instance, wasn’t especially fast and didn’t even have that great an arm, but he had an uncanny ability to get any ball he could reach quickly over to first.

I’ve seen a fair amount of Fajardo and he doesn’t have the “actions” for short. He doesn’t have very much power, so 3B and OF become problems. I think he’d be OK if they just left him at 2B, but there’s always been other guys there.

That’s a fair assessment but the one thing he does well is hit the ball and the Pirates or any team for that matter can use that skill. Let him play second.

I guess that makes sense

Yes! There’s an inherent nature to certain “baseball skills” that some people just…have.

Correct. Its why I stopped playing in middle school. I just didn’t have those natural baseball skills.

Maybe 2nd base for the Pirates, right now (only kidding). They don’t seem to want to play anyone but Van Meter. I don’t get it