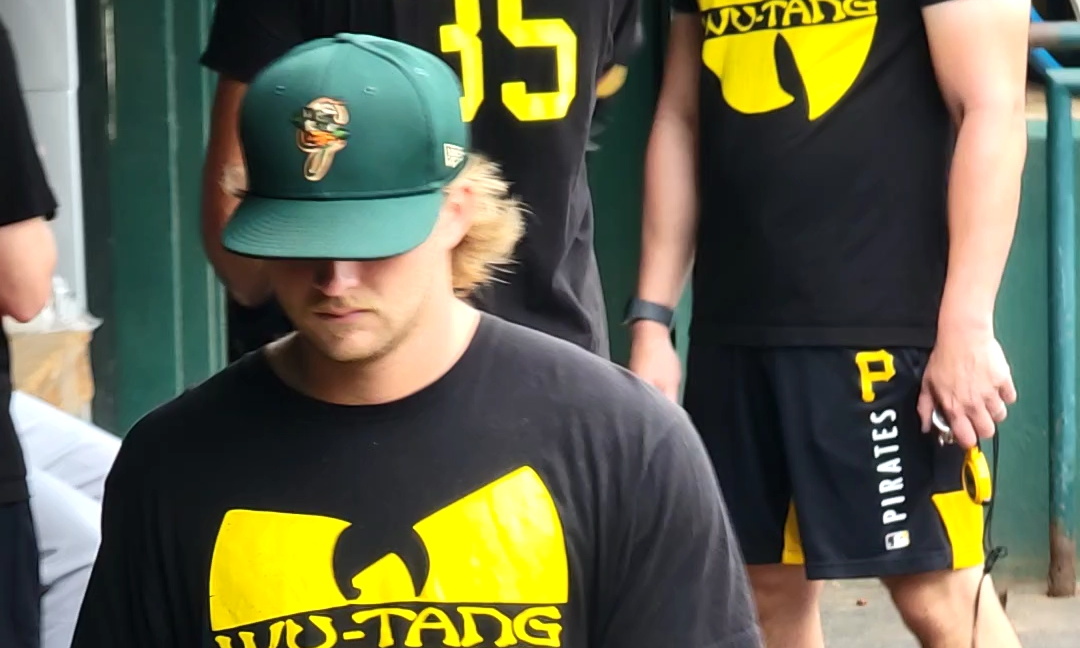 Development isn’t always a straight path to the major leagues. There are a lot of up and downs in the minors and it’s up to the player to work through them and improve. Carmen Mlodzinski is one of those players who is currently doing so in the Pittsburgh Pirates system.

After being drafted by the Pirates 31st overall in 2020, Mlodzinski made the jump straight to Greensboro when the minor leagues started back up the following year. He pitched well, despite missing time with an injury, striking out 64 batters and holding a 3.96 ERA in 50 1/3 High-A innings.

He made the jump to Altoona to begin the 2022 season, along with several of the bigger named pitching prospects in the system.

Mlodzinski has good stuff, and you can see from the strikeout numbers from a year ago that he can generate misses. At times it’s hard to get a grasp on what his true upside is.

He didn’t get off to the best of starts in April, and there are times when his results don’t match up with what you are seeing when he is on the mound.

Mlodzinski posted a 5.28 ERA in April but held opponents to a .193 average. Even as some of those metrics began to improve, he struck out more and walked less in May, the average went up and ERA stayed the same.

Looking back at his start against Richmond, you can see some of the inconsistencies that has plagued him early on.

The first clip showed Mlodzinski jump ahead 0-2 against the hitter, only to throw four straight balls and putting him on base. He was trying to throw some waste pitches to get the batter swinging but couldn’t put them close enough to make it enticing for the batter to go after.

That’s followed up by his entire fourth inning, giving up a lead-off home run, before striking out the next three batters. There are times he can look completely lights out, which a lot of times are preceded or followed up by some struggles.

Even looking at June — by far his best month of the season — it has come with its ups and downs. After combining to strike out eight, while allowing just one run and five hits in nine innings his first two starts of June, Mlodzinski couldn’t get out of the first inning his third time out.

Mlodzinski bounced back in his most recent start, pitching five innings, allowing three hits and two runs while striking out five, but did also walk four.

On the positive side of things, when Mlodzinski is on, you can see why he was highly ranked out the draft. The fastball is explosive and has a lot of run on it.

In this clip, you can see his fastball at work, and against lefties you can really see it run away from them. He can also use it as a back-door pitch against righties to try and get a called strike call.

The final video show just how good his stuff can be as an overall package. He mixes his fastball on both sides of the plate to set up his breaking ball, which gets several swings and misses.

Against the first batter, Mlodzinski pumps three straight fastballs, getting whiffs on two of them for the strikeout. The others show him setting up his breaking ball with the fastball by using both sides of the plate.

Mlodzinski is perhaps one of the more puzzling prospects in the system right now. He has great stuff but hasn’t strung together a long stretch of games that you would expect. Part of that could be health, he’s spent time on the injured list the past two years.

The Pirates have some good pieces coming together when it comes to their rotation, and Mlodzinski could potentially join them as another starter. Time will tell on that, but in the meantime Mlodzinski will continue to try and find some consistency in his starts that match his stuff.

A very timely article leading up to his best performance of the season. Timing is everything! Congrats

If you can’t command your stuff, then you won’t go far.

You got that right buddy, it still seems at least notable that past stud pitching prospects (Glasnow, Keller) also struggled with command early on yet were nearly untouchable at similar levels.

Still odd he came out of college, supposedly, throwing a sinker topping out at 99. Then apparently dropped it. Then brought it back, only to tell the Pirates (per Persak) that he didn’t want to throw the “sinker they were developing” anymore

Yea that whole situation was weird. When I read the Persak article I was just like ‘I thought he already dropped the pitch?’. Feel like he’s in an ‘identity crisis’ type stage and that could be why he’s struggling? He’s not sure what kind of pitcher he wants to be. That’s why he can’t build any momentum.

I sometimes wonder, with newer generations of players being far more online than at other other time in baseball history, how much they’re actually able to ignore the chatter as old school types at least professed to do.

﻿You’ve got a young kid struggling with performance and consistency all the sudden finding a “solution” to his problems that coincidentally fits the overarching narrative of the organization’s pitching development failures? Seems odd.

But that’s what makes Mlod an interesting case. Now he decides he doesn’t wanna throw it? Did they change his original sinker? Did he not want to throw it in the first place? Hard to say if he was effective without it, they brought it back, and his command went after that cause he’s never really had strong control/command.

I want to believe in this kid, but right now I have him ranked 4th on his own team.

He’s the poster child for drop and drive. I’m certainly no scout, but I’m curious if his pitching motion will negatively impact the vertical movement on his fastball, thus causing it to be very hittable by MLB standards?

Seems I remember Taillon changing his posture from the old drop and drive to be more upright during his development. Wondering if CM would benefit from making this change? I also recall JT saying it’s more mechanically sound, too. Less injury risk.

Depends on which direction you’re trying to get the ball to move!

The tall and fall deliveries were all about creating plane on fastballs, usually sinkers/2seamers, at the bottom of the zone.

Drop and drive deliveries came back with a vengeance when 4seamers at the top of the zone came in vogue. Lower release point coupled with a backspinning heater will induce more “upward” vertical movement.