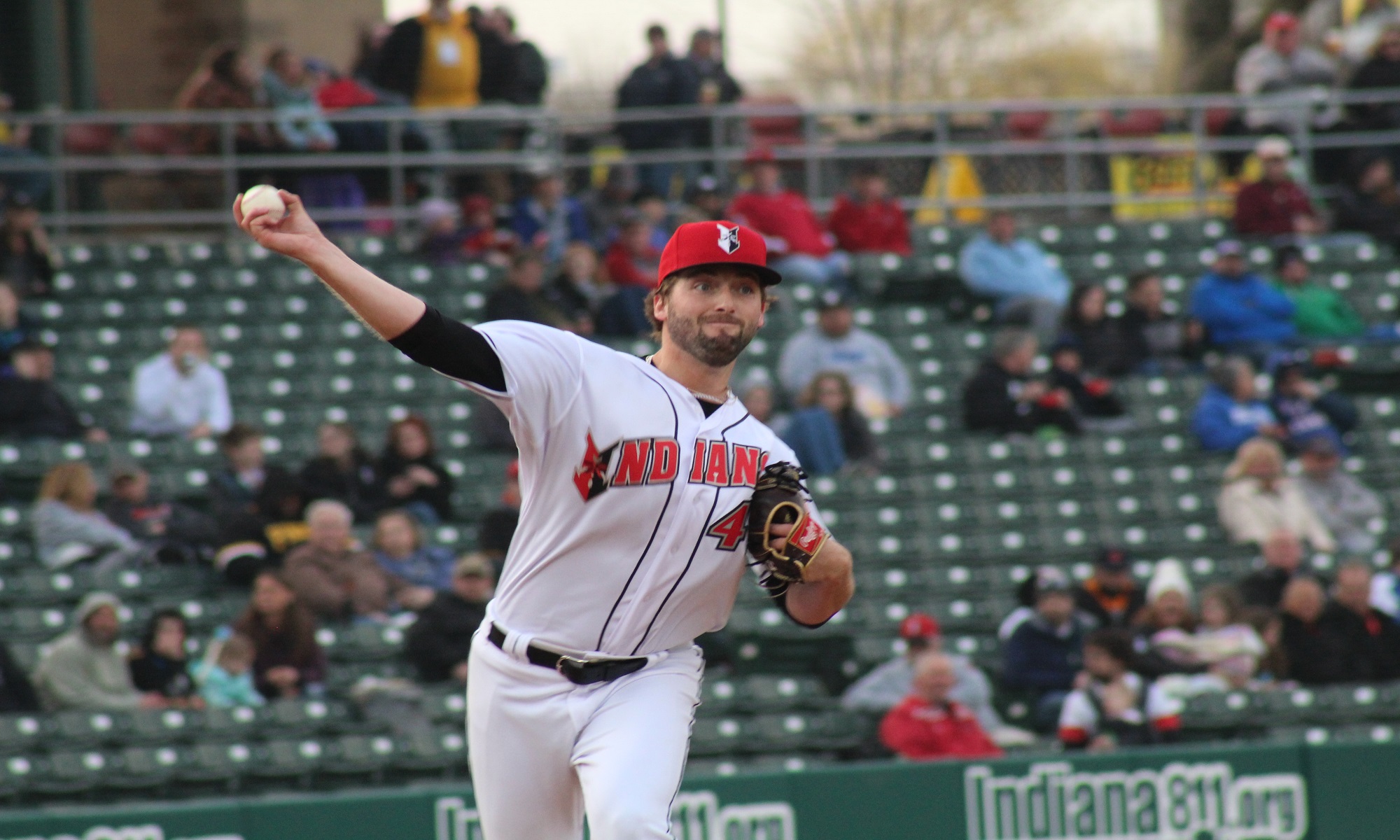 INDIANAPOLIS, Ind. – Cody Bolton was a bit of a forgotten prospect coming into the year.

After having not pitched in a couple of years due to injuries, Bolton was challenged to start the season in Triple-A. He has been up to that challenge, and more, all season long.

Coming into this week, Bolton has a 3.05 ERA in 41.1 innings in his Triple-A debut. He’s striking out over a batter an inning, and limiting opposing hitters to a .185 batting average against.

While Bolton offers a five-pitch mix, he and the Pirates have been very honed in lately on what offerings to focus on.

Bolton said he’s very comfortable with his bread and butter slider. He also admitted that his changeup has been a strong pitch for him this year, on days where he has a good feel for it. However, the change has seen some tinkering over the years.

“I’ve gone through like five different grips for a change up since I’ve been in pro ball,” Bolton said. “The one I’m throwing now, I’ve thrown for two or three years. I’m comfortable with it. I know it’s a little bit hard. We are going to start working on trying to drop it two or three miles per hour and keep the movement it has.”

Additionally, as Anthony Murphy pointed out two weeks ago, Bolton gets strong spin rates on his offerings.

With movement being a key to his game, some might think that he pays close attention to the spin rates. However, that could not be further from the truth.

“I don’t really pay attention to [spin rate] at all,” Bolton said. “I’m not a big numbers guy. The slider, I know spins a lot. It’s the same slider I’ve thrown since Little League. It’s a pitch that I’m really comfortable with. It’s one that I just grip it and rip it. It feels good when it comes out right.”

Bolton said that, unlike the past few years, everything physically feels good. He said that with all of the work that he put in last year on the sidelines, he is finally enjoying the rewards this season on the bump.

There hasn’t been any discussion on a potential innings limit or shutdown yet.

With how he has been handled through the first half of the season, it’s clear that the organization is not rushing the right hander. It’s also obvious that he is ahead of schedule in the results department.

With the kid gloves early, Bolton admitted that he definitely had gas remaining in the tank, and wanted to offer the team more. Whatever the future holds, he is on board for.

“I always want to do more,” Bolton said. “I want to give the team whatever I can. If there’s a limit, I’m going to throw my limit and do my best to help the team win and put us in a good spot.”

Bring him up for long relief this year and then next year after another year removed from all the injuries transition into a starting role. Or…since he is handling AAA fine, just bring him up as a starter. We have had a couple injuries so let him come up and see what he has to offer.

He just turned 24 and seems to be very mature in his game. I prefer your suggestion of bringing him up as a SP and roll the dice.

It is impossible to over-estimate the value of the MLB exposure, especially coming in without the pressure that many pitchers have to face. This would be like a freebie, and the Pirates are in the position to audition 3 or 4 others the same way.

Agreed, let him and a few others come up and lets see what they got. Not every prospect can be protected from super two and lets face it, if every one of their prospects coming up started crushing it then we couldn’t keep them all anyways. Lets see if some of these younger guys can contribute right now and if someone better pushes them out from behind then they are possibly a better trade chip etc…

At the very least gain valuable experience. We are not contending this year, and an outside shot next year, so let the future gain the knowledge they need now!

They haven’t announced Wednesday starter, so maybe……I don’t think he’s on the 40 so is doubtful.

He’s not on the 40, and they just filled the last spot with Stout……

oh well, there goes that idea. maybe in Sept. for a cup of coffee.

Just guessing that they giving Eickhoff a reward for signing and working in Indy. He will be gone sooner than later. Considering Bolton has hot piched in a game since 2019 till this season and he is only 24 they will not push him hard. Can see a couple of starts in September as a reward and see how he is in ST and decide when to bring him up . Just spitballin!

I just hope that its not wilson again

He’s scheduled to pitch today, if he gets pull then we’ll know

Would be nice for him. They have been faster at pulling guys up this year then any I can remember in the last 15 or so years. He was once a top guy for them and is showing the stuff is still there to succeed. He isn’t getting younger and I feel that clearly he is a better pitcher then about three quarters of the current pen and more than likely at least a top 5 or 6 starter currently.

I remember years ago arguing that kids at AA can be just as qualified for MLB as kids in AAA. I took a lot of verbal beatings for that point of view simply because fans think all players are alike.

You were ahead of your time thinking like that a couple years ago lol…No, I think you were correct in thinking that. some guys are just ready when they are and it doesn’t matter if it is AA or AAA. Someone will hammer me for this so I will say SSS first, but I was one saying Cruz hadn’t shown up to this point last night he was ready to come up (wasn’t hitting, fielding, or hustling). But, look at the end of last year and then again yesterday…He really looked locked in and obviously shown the results (last year and this year in MLB). When your ready, your ready.

Very hopeful that bolton continues to be effective and healthy now that he is back from injury! Whether as a starter or a reliever, he has the potential to be very important to our success moving forward